Presented by Chris Arnsby. Gary Davies: “Well. Hey! How ya doin? Welcome to Top of the Pops, we've got a brilliant show lined up for you and a slightly different show than normal. In actual fact more hits than ever before.” (John- Citation needed)
Dixie Peach: “And we're going to start off with some great music tonight. Mike Rutherford and the Mechanics, number 25, Silent Running.”
[25] Mike & The Mechanics: Silent Running (On Dangerous Ground). Let's pause for a moment to consider Gary Davies’ pastel yellow sweatshirt on which someone has scrawled “Hey! How ya doin'” in large letters. It's not clear if this is something sent in by a fan (the letters have the look of something coloured by hand) or purchased from a boutique. It's horrible on its own terms but Gary Davies has also tucked it into his trousers. The monster. First up tonight is another song for the I-recognise-it-but-I-couldn't-name-the-artist pile; there will be another one later.
It's also one of those songs where I've never bothered to listen to the lyrics. Oh yes, I know the chorus but have you listened to the bits in between? It's the kind of stuff I imagine US militiamen whisper round campfires -all about hiding the children in the cellar, getting a gun and ammunition, and how our sons and daughters will rise up.
The video is endearingly bonkers. There's a kid with a key and he goes in a room containing a glowing science-fiction cube; that contains a hologram of Mike (presumably). At the end the kid's mother sneaks into the room to see her son teleported into space while she shrieks in horror. (John- To be fair this did often happen in the Eighties.) 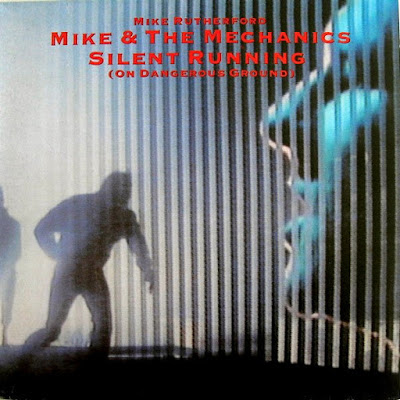 [12] Tavares: Heaven Must Be Missing An Angel. On video, but wait here's the meaning behind Gary Davies ominous remark that tonight's show would be “slightly different.” Yes Top of the Pops has had a minor format change. The Top 40 Charts have been ditched. Instead some bright spark has decided to play the charts over Tavares while Gary Davis chunters on about the climbers and new entries. It works about just as well as you'd expect. Even Gary Davies seems to hate the concept. His opening remark is “sorry Tavares, this is where we take a look at the new Top 40.” If you start a new format by apologising for it then maybe it's not a good idea. Will it return next week?
[18] Kate Bush: Hounds Of Love. A louche hand-in-pocket performance from Kate Bush. It lacks the eerie claustrophobia of her studio performance of Running Up That Hill, 15/08/1985. That was the one where the band were crammed inside a tent-like stage and they all stepped forwards in unison as if they were playing a children's game. (John- Let’s pause and consider the brilliance of this song for a sec. 1986 has been derided as being the home of much too much yacht rock and the likes but it is also the year where we got this.) 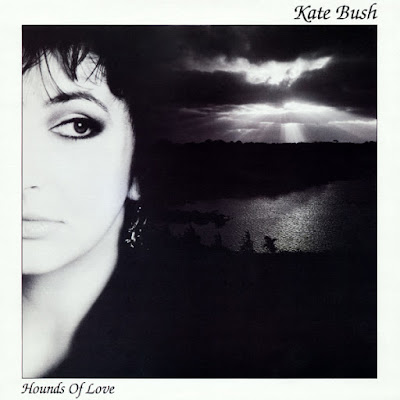 [10] Frank Sinatra: Theme From New York, New York. On video, but astonishingly enough not the most unlikely song to be featured this week. The single seems to have charted off the back of a March 1986 best of release, imaginatively called New York New York (His Greatest Hits).
[16] Jim Diamond: High Ho Silver. I-couldn't-name-the-artist song number two. Jim and his seven -no, eight- bandmates are lined up on the worlds thinnest stage, against a backdrop of giant perspex tubes. One of the guitarists is trapped behind a defensive wall of made up of the keyboard player, a trumpeter, and a saxophonist. He's so obscured that he's reduced to leaping up and down on the spot in order to get his face on the telly. (John- Years later he’s probably glad he was hidden back there)
Top 40 Breakers: [29] Mr Mister, Kyrie; [27] Prince, Kiss.
[14] Whistle: (Nothing Serious) Just Buggin'. Here's the oddest song of the night. Whistle are a hip hop trio “all the way from New York,” (John- Don’t you mean New York, New York) and strikingly dressed all in white, with the two leads also wearing Davy Crockett style caps. The song's a flimsy piece of nonsense but the whole thing skates by on the charisma of the performers and the Top of the Pops audience are clearly having a great time.
Top 10 Charts: The new format doesn't extend to changing the Top 10 countdown.
[1] Diana Ross: Chain Reaction. On video. Why go to the trouble of mocking up the black and white studio footage to look so realistic, and then make no effort on the control room shots beyond turning off the colour? (John- And here we have another 1986 jewel and one of my favourite singles ever. I remember once dancing to this so badly that the security guy thought I was drunk and told me to get off the dancefloor! You can never get tired of this song…

[11] Huey Lewis & The News: Power Of Love. Mike Smith and Steve Wright present next week. Now it's time for the credits and audience dancing... No, the curse of the new format strikes again. Top of the Pops now plays out with a music video. We do get to see the audience dancing a bit and as the credits roll we mix back to a composite shot of the video framed by a wide shot of the studio but it's not the same.
Performance of the Week: Kate Bush, Hounds Of Love.
Posted by John Connors at 22:47