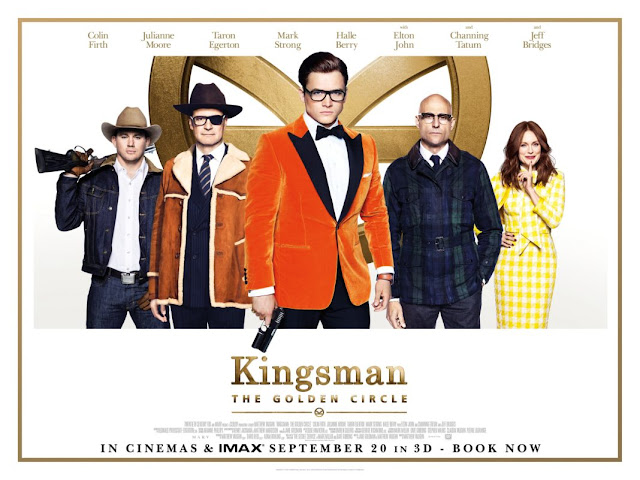 The future of coffee shops


A recent report reckoned that the UK is near saturation point when it comes to coffee shops. Short of opening one on every corner and despite the fact that they always seem to be crowded, the theory is we won’t need any more within three years. However this means that the sector will have to evolve. They could get bigger- how long before they start calling them Coffee Hubs? Just as some fast food outlets have hundreds of seats, perhaps some coffee shops will grow in a similar way.


Reviewed by Chris Arnsby: John Peel: "Hello and welcome to Top of the Pops. Who's sold out then? To start the programme yet another one of those ensembles that has a funny foreign name."
[34] Toto Coelo: I Eat Cannibals. Toto Coelo -or, if you are more cynical, someone in Toto Coelo's record company- has done a lot of thinking about how to look good on Top of the Pops. The group is distinctively dressed in multi-coloured bin bags, and they've worked out a dance routine which works well on camera. There's a lot of hip-swaying and stamping on the spot but not too much moving around which allows for shots to be well framed, and makes life much easier for Vision Mixer Carol Abbot when she wants to cut between cameras. Toto Coelo's second and last Top of the Pops appearance is available on YouTube (it's embargoed on BBC4,  D*v* L** Tr*v*s), along with the official video, and it turns out Toto Coelo only have one dance routine for this song. This reminds me of The Brotherhood of Man who also used to devise one cringy routine per song and then plod through it on multiple Top of the Pops (sample example: Angelo, where the band assumed Flamenco-like positions while singing the ANGELO! bit of their cheery song about teen suicide). It should be noted that I Eat Cannibals is infinitely more fun than anything by The Brotherhood of Man. Toto Coelo won't be seen again. Their follow-up single Dracula's Tango (Sucker For Your Love) reached 54 in the chart. This is something of a relief for me as I'm finding their name very hard to type. My fingers keep rendering it as Toto Coleo. Oddly enough The Brotherhood of Man gives me the same problem; it keeps coming out as The Brotherhood of Mann.
Read more »
Posted by John Connors at 22:33 No comments:


We’ve all heard of football but what is futsal? I was thinking that it was just a word for football in another language but it turns out to be a different sport altogether. By no means new it seems to be increasing in popularity yet there are a lot of people who’ve never heard of it. The word roughly translates from Spanish as “mini football” and is played mostly indoors on a hard pitch or court that is smaller than a football pitch.  It has been growing in popularity since many top name footballers credit futsal with helping them develop playing skills.
Read more »
Posted by John Connors at 22:44 No comments:

You might think online shopping is newish but in fact it was predicted 46 years ago by Peter Fairley who was the science editor for ITV’s version of `Radio Times` which was called `TV Times`. He didn’t call it online shopping of course but he did pen the article when many were lamenting the demise of small family shops as supermarkets started to take over. What he describes may sound a bit odd but essentially he is talking- in 1971- about what a lot of us do now which is order shopping in a device from the comfort of our homes.


Reviewed by Chris Arnsby. David "Kid" Jensen: "Live from the Television Centre in London welcome to another Top of the Pops and we have a tremendous line-up of live acts for you tonight kicking off with Madness at number four with Driving In My Car." 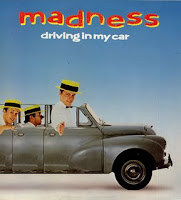 [4] Madness: Driving In My Car. If you asked someone to describe an idealised Madness performance it would resemble this one. There's staccato dancing, loads of mucking around with props -a ventriloquist dummy, a skeleton used for percussion, a Policeman with a blue light on his hat, playing two saxophones at once- and a general sense that the song is considerably less important than having fun. There's also a dirty great car parked in the middle of the main studio performance area. How are Cecila Brereton and her army of scene shifters going to cope with that in a live programme? The answer is disappointingly simple, you can spot the moment Suggs releases the handbrake and then the boys push the Maddiemobile out of the studio. Only one question remains, what happens to the hat with the blue light on it? It disappears without a trace during a change of camera.
Read more »
Posted by John Connors at 22:45 No comments:

There’s a survey for me to find out how posh my school was posted a couple of years ago somewhere and still zooming around online like a speedster. My alma mater scored a mere 28 out of 50 which is sort of half posh. Of course poshness does have different connotations depending on whereabouts in the UK you live. In Liverpool being posh is using a knife and a fork (ha- just kidding scousers) whereas in Surrey it involves someone specifically employed to cut up your carrots with gold plated knives. Anyhow I thought I’d examine some of the criteria this survey associates with posh schools and see how it fits in with my experiences.You have to tick off the things your school had and there’s a nice picture for those people who don’t know what they are because you can be posh and simple of course. Here we go then-