I’m in two minds about this sequel to the beloved Eighties classic which is appropriate as it is really two films. On the one hand it’s trying to revive the franchise for a new generation, on the other it’s a nostalgic trip for a previous one. When these balance the film is breezy and enjoyable, when they don’t it’s less successful. In the end I suppose it depends on your perspective but I feel this film could be sharper, less shackled to the past and also funnier. The ingredients are there but it’s just a little under baked. I felt the promise of the trailer but somehow the full film doesn't live up to that standard even though it has its moments. 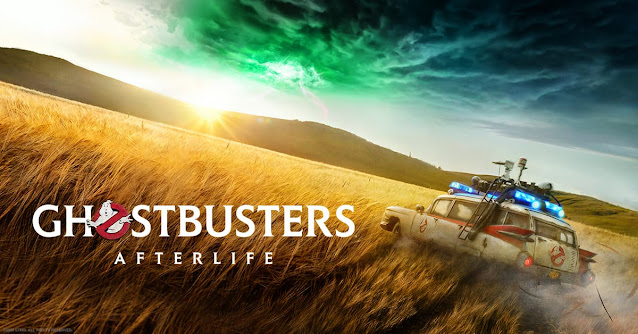 [15] Bon Jovi: Livin' On A Prayer. Bon Jovi take Top of the Pops seriously. Which is a surprise. I would have assumed they were too busy to come to Shepherds Bush but here they are for the second time in two months and having a great time; lots of playing up to the camera; mucking about and grinning and pointing; and Jon Bon Jovi's been working on his Mick Jagger chicken walk. Keyboard player David Bryan is having so much fun he abandons his keyboard and comes to the front of the stage to join in on the guitar held by the one that isn't Richie Sambora... Alec John Such? Unfortunately for David he's largely off camera so his display of bonhomie is overlooked. 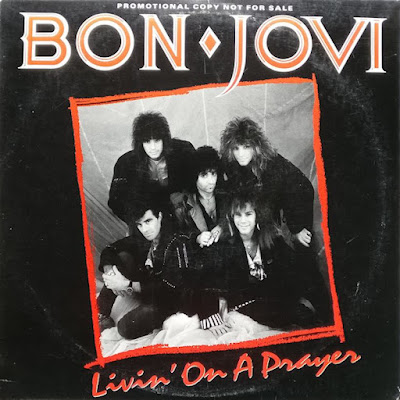 Episodes of Midsomer Murders that possessed a macabre turn were becoming less prevalent by 2016 however `A Dying Art` was a definite throwback to those earlier times. The setting of a sculpture park gave director Matt Carter ample opportunity to relish unusual shots around these bizarre modern art installations dotted about a forest. The first murder is particularly well staged with the haunted face of the park’s owner Brandon Monkford appearing through a haze of gold liquid. Later on someone will be pummelled by a very large metal ball and another unfortunate victim will perish and then be propped up alongside a line of coloured dummies.  We are in the orbit of another very rich and disturbed family of the sort that seem to make a habit of moving to Midsomer to be murdered. The Monkfords have enemies aplenty and as Jeff Povey’s script unfurls he manages to frustrate our guessing game by killing off each new suspect! 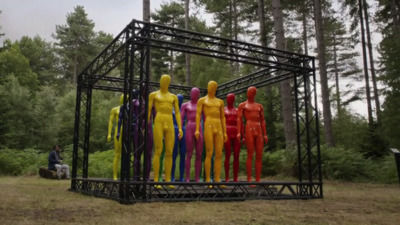 Presented by Chris Arnsby. 23/10/1986 - Gary Davies: “How ya do'in'. Welcome to Top of the Pops. We've got one heck of a programme for you tonight. In the studio we have Cindy Lauper, we also have The Housemartins, on video we have Billy Idol, but first we start with the biggest climber on the chart this week. Don't Get Me Wrong, Here are The Pretenders.

[14] The Pretenders: Don't Get Me Wrong. I find the cutting between camera angles distracting during this performance. Hilary West is credited as Vision Mixer and because the song has a strong 1, 2 beat (please remember all musical terms are almost certainly wrong) the cuts are all placed on the 1 beat. Effectively what you see on screen is 1- cut to a picture of the drummer, 2,1 -cut to a picture of the bass player, 2, 1- cut to a wide shot of the stage, 2, 1- cut back to the drummer.

The end result is an avalanche of one second cuts. It's a relief when Hilary West holds on shots of Chrissie Hynde for the lyrics before resuming the frantic cutting in the gaps between lines. I know Top of the Pops should be dynamic and exciting but this is too fast*, and it doesn't really work because it's cutting between a series of static shots. The presentation is better during some of the musical breaks when we get some nice moving crane shots.  I realise I'm starting to sound a bit like my nan; “it's too loud”, “why do they have to make the colours so bright?”,”my eyes hurt”, but I promise not to complain about Chrissie Hynde's fringe and talk about how I'd like to give her a haircut. 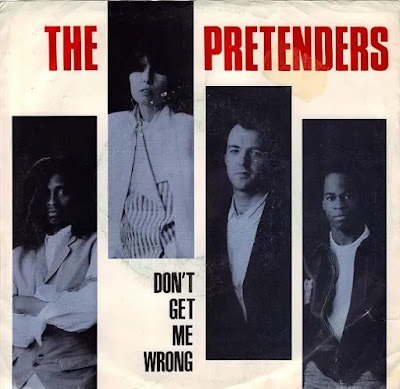 The latest escapade in Marvel’s ever expanding cinematic Universe is a hard sell in that it introduces not just a new hero and their mates or family but a team of ten and even at over two and a half hours that’s a lot of characters to clock. Inevitably some suffer and there are ingenious devices to ensure that we don’t have to sit there watching ten people talking in one scene. In fact, when all ten of them are together they don’t say much at all, they stand in a well organised line looking majestic and powerful. I wonder if they had a debate about which order they had to stand in. It’s a wonder this film doesn’t tell us because it likes to tell us things though not necessarily the things we need to know.  Like all the Marvel movies, Eternals (not The Eternals btw) has great style  - courtesy of director Chloe Zhao - and some stunning cinematography. However, it takes an age to get going  - from an opening crawl that immediately throws names and chronology at you - and there are moments when the viewer may not feel wholly convinced by what they’re seeing. 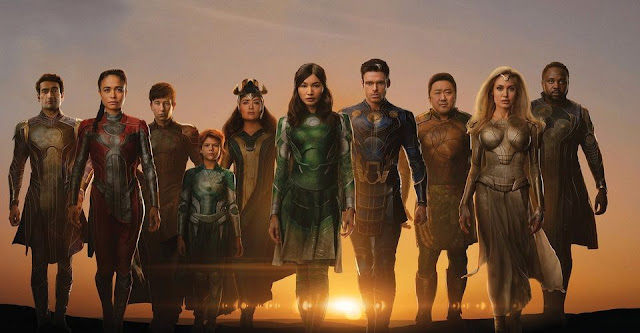 Spoilers ahoy from this point…

ABBA are back! Back! BACK!! Making even Kate Bush look prolific they’ve just released their first album in decades and people are understandably excited. If they’d just waited another three weeks they could have more accurately described `Voyage` as their first album in exactly forty years. `The Visitors` was released on 30 November 1981 though the last (ahem) Abbactivity was just over a year later in December 1982. The chances of them reforming was a million to one they said but still they have. A couple of new songs for a proposed `tour without actually touring` ballooned into a whole album’s worth and next year you can sort of go and see them performing. Well it’s them but not quite them… 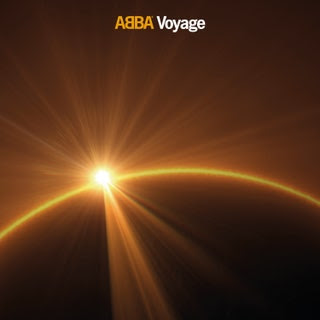 Reviewed by Chris Arsnby. Steve Wright: “Hello!! Good evening!! Welcome to another exciting Top of the Pops!!” Simon Bates: “Easy boy. We've got a new number one. We also have a great video which is so over the top you won't believe. And the Pet Shop Boys to kick off with. Here's Suburbia.” Steve Wright: “Ooh!!”

[8] Pet Shop Boys: Suburbia. The audience are feisty. Stanley Appel allows their cheers to break into the title sequence and this continues into the first song.

I really like the Pet Shop Boys but they are not the most animated of acts and yet a chorus of excited noises accompanies Neil Tennant's every move. He starts the song facing away from the crowd and is rewarded with whoops simply for turning round. Later, after the first chorus, he moves the microphone stand and you could believe he was turning somersaults on the spot. The downside of all this approval, it starts to break through Neil Tennant's aloof persona. He clearly feels the need to give the crowd more but he's no Jimmy Somerville. What's a Pop Star to do? Awkward fist pumping is the answer, although I wish it wasn't. The Pet Shop Boys have set up their traditional white computer monitor and Stanley Appel (who this week is credited as Producer & Director, how does the BBC's job title system work?) gives it two big close-ups, as if it's the third member of the group. In fact, it gets a close-up before Chris Lowe who occupies himself with playing the keyboard. 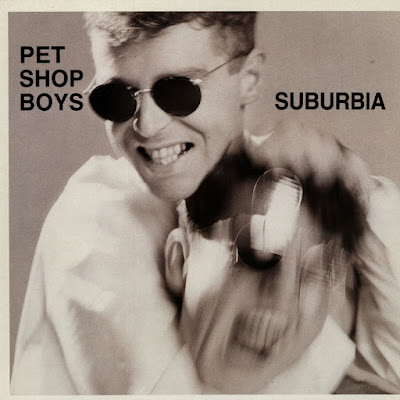 Launched a week earlier than usual the annual John Lewis advert lands at a time when the future of the retailer has never been less certain. A combination of factors including the pandemic lockdowns and the shift to more online shopping as well as decline of the department store model mean we don’t know how many more John Lewis Xmas adverts there will be. The 2021 one is called `Unexpected Guest` and when I happened to go into the shop this afternoon, unaware of the ad being launched, it was playing on a number of large television sets dotted around the place. It debuted to a wider audience on ITV tonight at 8.15pm. In some ways it is the archetypal John Lewis ad yet as Xmas is all about archetypes and traditions that seems appropriate enough. A spot on choice of song and a lightness of touch means the ad doesn’t appear to try too hard and for me is the best they’ve done for several years.