Back in the days when only scheduled television existed and there weren’t even videos the audience was very much at the mercy of schedulers and they sometimes made the oddest decisions. Two seasons of the regular Dick Turpin tv series had already been made but only half of the second broadcast when ITV decided to show what has since come to be called Season 3. The other half of season 2 thus became season 4. This is a larger scale co- production with RKO Pictures intended to be shown as a single feature length story in US cinemas. Instead ITV decided to break it up into a five episode serial only they tacked on the atmospheric (but rather lengthy) opening sequence to each episode. While Richard O’Sullivan and Michael Deeks are still on board, a raft of familiar faces take guest roles meaning there is no place for Christopher Benjamin or David Daker whose presence the production sorely needs. 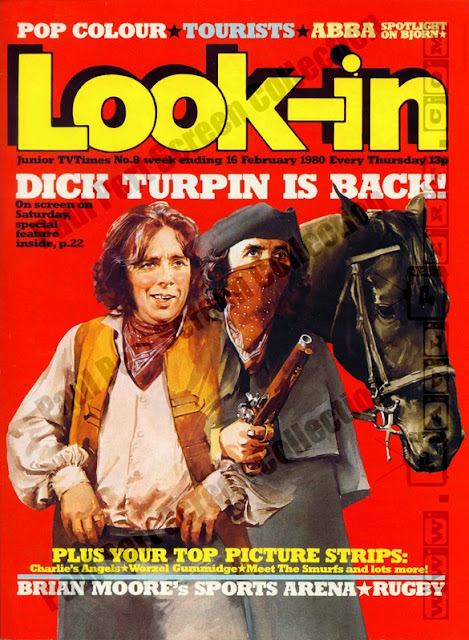 Solo hosts are the great new innovation of 1986. If by innovation you mean going back to an idea last used in 1983 which I do, fortunately. Lots of great things from 1983 should make a comeback; the Moonwalk, Octopussy, Clover spreadable butter, Raiders of the Pops Charts, the Oric-1, those keyrings which beep when you whistle; who keeps hiding my keys? Solo hosts are the great new innovation of 1986 but it's it's not an idea Top of the Pops immediately leapt upon with great abandon. There are 52 editions of Top of the Pops in 1986 (surprisingly) and only18 with one host. Mike Smith, Mr TV himself, clocks in with the most, 9; Gary Davies with 5; followed by Janice Long, 3; and Simon Bates with this, his solo effort. Which is odd, because he's the only one on the list to have solo hosting experience from the pre-1983 days. Gary Davies is a bit of a surprise but someone upstairs likes him. He was chosen to relaunch the solo host format, which at the time made me purse my lips and invoke the spirit of Sergeant Wilson, “do you think that's wise Michael Hurll?” But yes, apparently Michael Hurll did think this was wise and he's gone on to become one of the senior hosts since his first appearance in 1982. 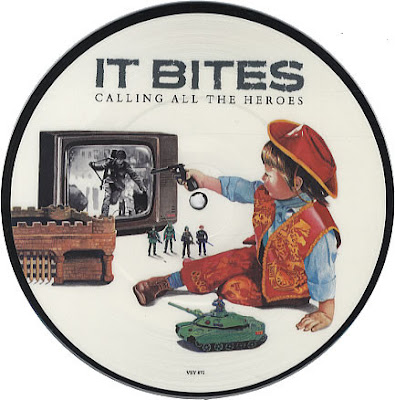 Interesting Instrumental Hits from the 1970s...

Probably one of the first electronic instrumentals a lot of people heard, `Popcorn` was originally composed by Gershon Kingsley of the First Moog Quartet on their album `Music to Moog By`. Born in 1922 in Germany, Kingsley was a pioneer of electronic music and in later life would compose for Broadway musicals. He lived to the age of 97!  Another member of the First Moog Quarter, Stan Free, re-recorded `Popcorn` and it became an unusual 1972 hit.

It is one of those pieces of music that seems timeless, it could have been recorded in 2021 rather than almost fifty years ago. The catchy tune is rendered with the lightest touch the sound resembling one of those old video game noises while the drums have the timbre of military snares. The production has a clarity allowing you to hear every element and it retains its allure of futurism even today.

In these uncertain times we are trying to re-discover our purpose or perhaps find new ones and though it was made in 2019, Free Guy suits 2021 perfectly. While the concept is not new and has featured in various iterations across a number of films the take is fresh, vibrant and frequently very funny. Rarely for modern films it seems to exactly fit its running time with not an ounce of flab, not one moment when your attention wanders. When it was finished it was one of those movies where I wished I had written it because it must have been so much fun to create and is a blast to watch.

Warning- spoilers beyond this point… 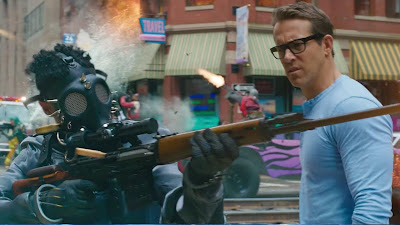 Stanley Appel, a veteran Light Entertainment Producer, also steps in for this week only to cover for Producer/Director Brian Whitehouse. Hopefully he's off on holiday. Stanley Appel keeps the cameras tight on Status Quo so Vision Mixer Carol Abbott bounces mainly between static mid shots and medium close-ups; with regular cutaways to Kenny Jones who gets his own camera. The paucity of sweeping crane shots makes the performance feel claustrophobic and boring, or maybe that's just the song. At the end the camera pulls back until Mike Smith is frame, and then he turns and introduces the next song. It's the first time this move has been seen for a while, it's fallen out of favour presumably because Brian Whitehouse doesn't like it very much. 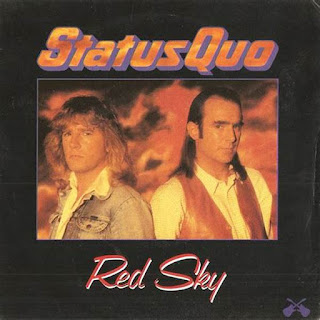 Mike Mills is a photographer, music video director, documentary maker and, every once in a while, he also makes a film. There have been three so far (a fourth is on the way) the latest of which is 2016’s 20th Century Women. 2010’s Beginners is the best known having won veteran actor Christopher Plummer an Oscar. Mills’ debut feature Thumbsucker was released in 2005. The story is based on the novel of the same name by Walter Kim though the film is also semi improvised. Mills uses a directorial style we could call relaxed. Sometimes the camera seems to drift from one person to the other which when you’re used to sharp talking fast cuts comes as a surprise. This emphasises the uncertainty felt by the family at the heart of the film and gives matters a dreamy quality. The title refers to the fact that seventeen- year- old Justin Cobb still sucks his thumb despite his parents’ attempt to pull him out of the habit. At first Justin appears to be the typical angsty movie kid but this is not a coming of age movie in that the story suggests we never come of age. We spend our lives seeking to do so, looking for answers but as one character suggests  “we’re all scared little animals”. 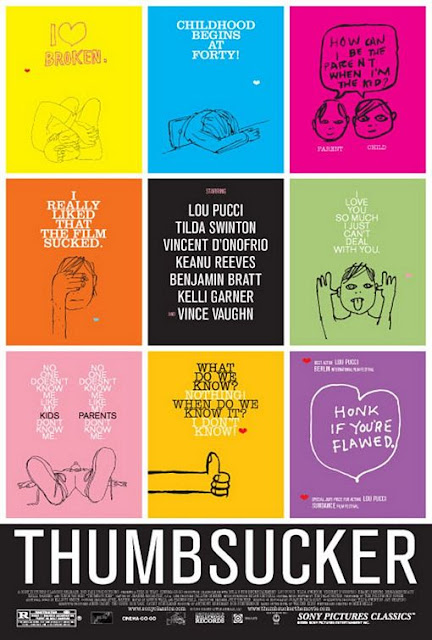 Sort of a sequel to Suicide Squad (presumably the next will be titled Thee Suicide Squad) this madcap rollercoaster almost defies you to dislike it with enough thunder to kick up quite a cinematic storm. The premise is the same as the first film with some more wayward superheroes added into the mix yet some of the lessons of that first film have not really been learned. Its overcrowded and shouty with a Big Bad so preposterous that when I type it after the break I will not believe I am actually typing it nor that I actually saw it. Though macho arrogance is the movie’s calling card the best performances and the most interesting characters are all female. Sparks of intelligence are snuffed out by repetitive violence. Yet out of this melee there is a film you can definitely enjoy at least while you’re watching it.

Ludricous spoilers after the break 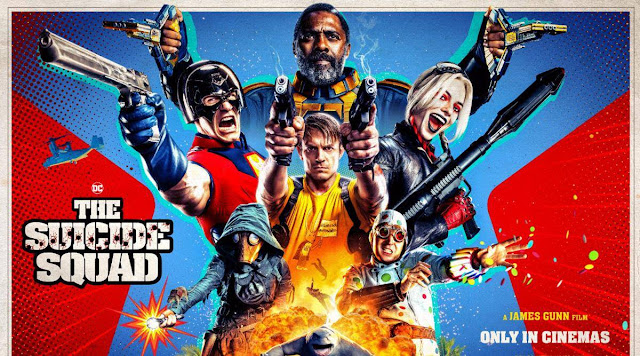 Your guide: Chris Arnsby. [15] Spandau Ballet: Fight For Ourselves. Mike Read. “Hello. Welcome to Top of the Pops we kick off tonight with Spandau Ballet and Fight For Ourselves.” This week's big question, is Gary Kemp wearing a beret or a Tam o' shanter? The decision could go either way. The item of millinery in question is being worn sloped, like a beret, but it also has a pom-pom on it, like a Tam o' shanter. (John- Hat's enough)

For the first time in ages the two hosts do the post-first-song link in front of the neon logo, to the right of the main stage. This means Janice Long and Mike Read suddenly appear deep in the background of wide shots around the one minute forty five mark, having snuck on stage during a close-up of Spandau Ballet (disappointingly, the close-ups are not close enough to settle the vexed beret/tam question). This is useful information for anyone who often wants to know the location of Mike Read. (John- eg The FBI, KGB, MI5 etc) And we have an early winner in the most-boring-job-in-the-Top-of-the-Pops-studio competition. It's the camera operator in the white shirt who has to crouch behind one of Spandau Ballet's amps in order to catch a left profile shot of drummer John Keeble. Vision Mixer Priscilla Hoadley makes use of his services twice. 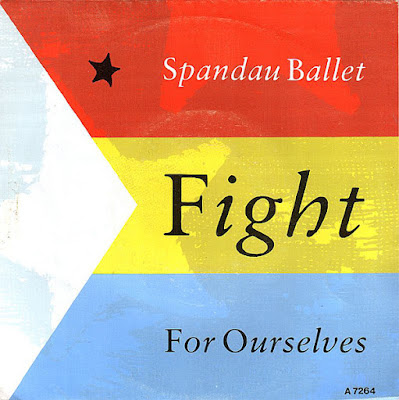 `Atonement` brings us back to the present as Dick’s confession to everyone about what really happened causes a parting of the ways leaving only Gar. Trusted to look after the still unconscious Conner we have a lighter interlude as Gar tries to keep himself occupied with positive thoughts, healthy eating and reading classic literature to the sleeping stranger. His positivity lasts all of a few days and then Conner wakes up. Eager to fill him in on the role of a superhero, Gar takes him outside only for Connor to misunderstand the fundamentals and take on a whole squad of police! Ryan Potter has been left on the sidelines in recent episodes so it’s good to see him exercising his comedic side again and the scenes between Gar and the baffled Conner are great fun. It’s good too that at least one person still maintains a sunnier outlook on the Titans and believes they ultimately do good which counter balances the older members angst this week.

The fifth episode `Deathstroke` packs an enormous amount into its thirty seven minutes, perhaps too much. There are times when it plays like a clips show zapping from one revelatory conversation to another with gusto though the cumulative effect is hugely enjoyable. It’s a plot that pulls at the relationships between young and older Titans and asks questions of their working methods. Has Dick recruited the younger Titans without really telling them what could lie in store? How can Rose come back to life? And just what is that black thing that looks like wings which keeps sprouting from Rachel? It’s a heady brew punctuated by violent action and some heartfelt scenes though I did find the latter somewhat basic at times. Some conversations seemed to just have characters saying one cliched line after another. Yet it all comes together somehow. 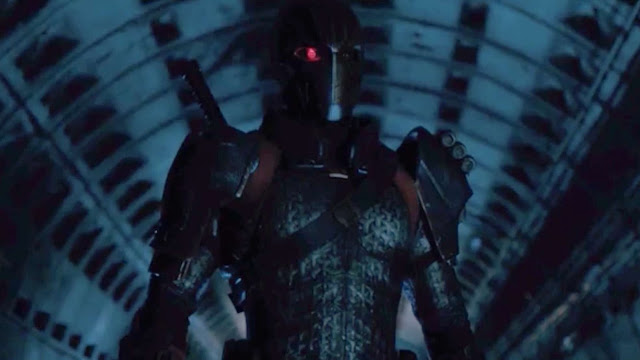 Have heroes of any series been in such a difficult corner as the Titans find themselves at the start of season two? The only issue with having a cliffhanger ending to a season is that casual viewers may be bewildered so you  have to commend the producers of this show for creating a succinct summary at the start of the episode which is called `Trigon` (episode titles are not the series’ forte) It’s a scenario that places the characters very much in harm’s way as the released Trigon divides and defeats them one by one with the ultimate attempt of breaking his daughter’s heart. Literally. Most of the episode deals with the immediate moments after the first season ended and by any standards it’s a dark, grim way to begin. Of course a lot of what we see is illusion or dreams so the true condition of the regulars is not immediately clear but there were definitely moments when I thought we were going to end up with a smaller cast. 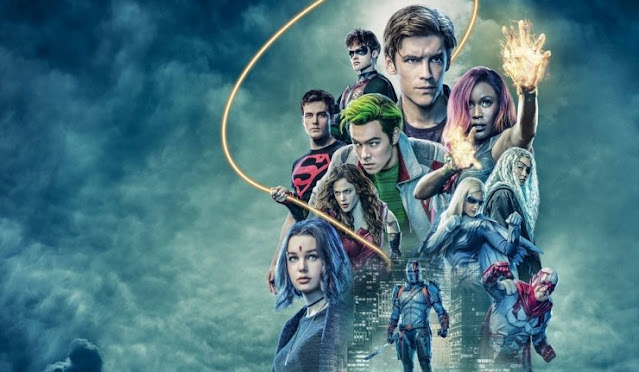