Presented by Chris Arnsby. John Peel: “Hello and welcome to Top of the Pops. No bad language in this programme I'm pleased to say.” Janice Long: “In the studio tonight we've got Curiosity Killed The Cat, we have got The Smiths, and over here at number eleven it's the wonderful Blow Monkeys and It Doesn't Have To Be This Way.”

[11] The Blow Monkeys: It Doesn't Have to be This Way. Wave goodbye to John Peel. His presenting run began in 1982 and it ends here. Well, not quite. They'll get him back once in 1995 although that's more as a pretext to get him on This Is Your Life. I'm not sure about the source of Peel's bad language crack. I assumed it was Eastenders, the programme was still dealing with the fallout of Den and Angie's merry festive divorce, but the Eastenders wiki-page (there's an Eastenders Wikipedia) doesn't have a record of any complaints until November 1987 when Eastenders broadcast British television's first gay kiss. Which was of course a major scandal because it featured a fully clothed man kissing another fully clothed man on the forehead. Swoons. What we need are more stolid, salt-of-the-earth yeomen types, like the lead singer of The Blow Monkeys. Who is looking super with his blow-dried flick of a fringe and skinny polo neck top, with... what's THIS? RUSSIAN WRITING ON THE FRONT!! BBC COMMIES CORRUPTING OUR KIDS. 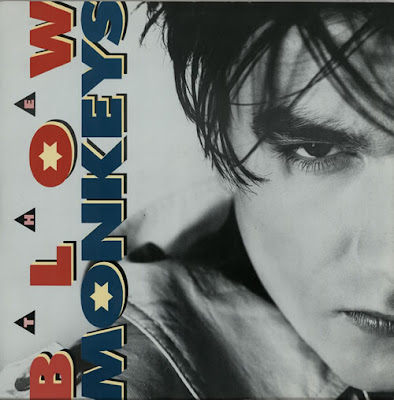 Inspired by the game of the same name Uncharted , showing at cinemas now, aims to show the origins of how its two main characters first met. Apparently. I’d never actually heard of the game so I can only judge the movie on what it delivers so there may well be Easter Eggs and references aplenty that I didn’t get. So, judging purely on the film itself Uncharted is an entertaining, lively action movie in the vein of things like Pirates of the Caribbean or Mission Impossible or Lara Croft. Lots and lots of running, clues aplenty on ancient artefacts, close escapes, dramatic visuals and characters who converse largely in banter. Tom Holland manages to delineate between his character here Nathan Drake and his best known alter ego Peter Parker. It’s a more mature performance even if before too long he’s engaged in the sort of action you’d normally expect from a superhero. If you’re looking for a good gym use the one Nathan Drake uses! Mark Wahlberg is now the more mature mentor character Victor Sullivan which makes me (and probably him) feel old but the two establish a breezy on screen rapport that makes for an easy journey. The third main character in the picture Chloe Fraser at first seems like the increasingly typical girl who’s as tough as the guys but thanks to Sophia Taylor Ali the part develops into its own place. 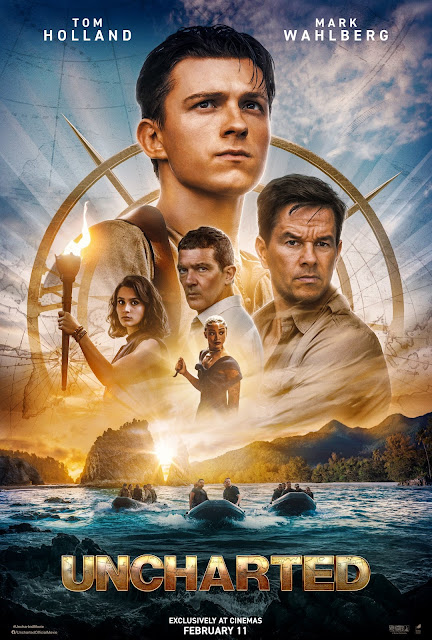 Imagine...Labi Siffre - This Is My Song

An absorbing and illuminating look into the life and career of a songwriter whose work has flared across several decades yet who remains an enigma. Luke McMahon’s film sees Alan Yentob talk with Labi Siffre at his present home in Spain as the singer reflects on his two passions- “music and love”. Being a black, gay singer whose work shifted across several musical genres means Siffre was always something of an outlier and never quite made it to superstardom, not that this seems to bother him. Delightfully candid and outspoken he talks of realising at the age of fourteen that he wanted to be “an artist philosopher” and soon got the chance to make albums of clarity, honesty and tunefulness. We see clips from his Seventies career and the music is timeless; it could have been recorded yesterday while his voice is expressive and direct. 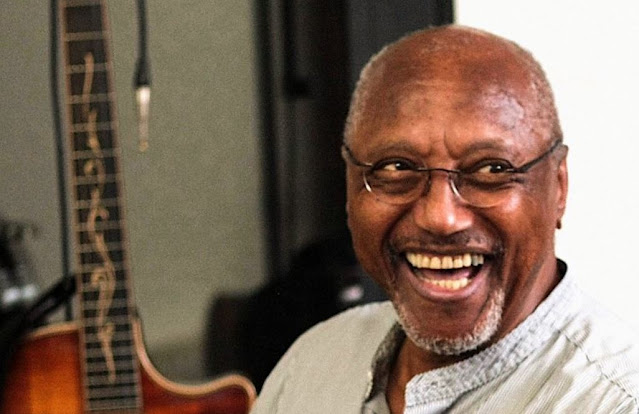 Email ThisBlogThis!Share to TwitterShare to FacebookShare to Pinterest
Labels: Alan Yentob, Imagine BBC, It Must Be Love, Labi Siffre, Labi Siffre This Is My Song, Music, Something Inside So Strong, TV

The second season opens with a claustrophobic thriller `Hostage` in which Steed is forced to act treasonably in order to save the kidnapped Purdey. Writer Brian Clemens is in his element here as the episode slowly plays its hand all the time keeping the viewer guessing. He avoids telling us the instructions the kidnappers give Steed, instead choosing to let them play out. We only see the bigger picture later on.   The reveal of the actual traitor comes earlier than you expect so you get to see different sides of the plan. That the ultimate aim of the antagonists is to de-stabilise the department – the much talked about secret papers are only a means to that end- is in line with the subtleties of the episode.

While the moves are par for the course when it comes to espionage fiction- sneaking into an office to steal from the safe, envelopes with money, rushing from one phone box to another to get instructions - it is the slightly odd way the Avengers style comes into play that elevates it. Any other series would have Steed acting totally out of character but here he remains impassively polite even when he is being asked to steal documents and finding himself framed for murder. The most we get is a frown and a slightly concerned look. Patrick Macnee shows why both he and this character are held in high regard. Steed remains implacable while playing his own game. 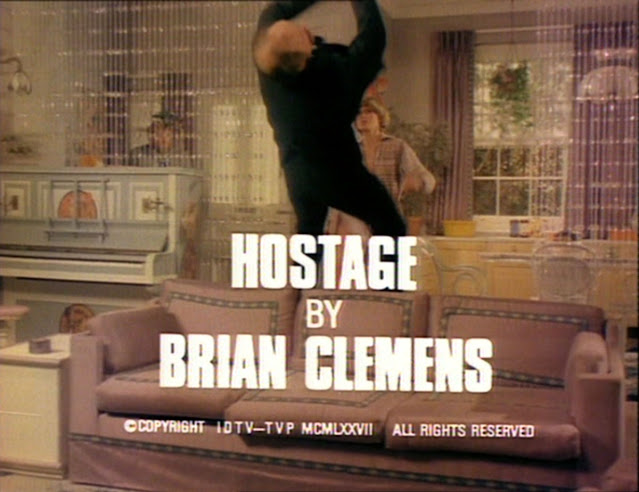 22 Jan 1987: Presented by Chris Arnsby. Steve Wright: “Weeell good evening and welcome to another exciting Top of the Pops with Gary Davies and me, Steve Wright!!” Gary Davies: “Yup. He's the stars and I'm the stripes. Action packed programme for you. We start off with Dead or Alive.”

[12] Dead Or Alive: Something In My House. Last week I got terribly excited by a snippet of studio footage at the end of my downloaded copy of the 15/01/1987 edition. “It's a band of four and one of them has a bouffant hairdo and is carrying a guitar.” Now, who should open this edition of Top of the Pops but Dead or Alive, a band of four with a bouffant haired lead singer carrying a guitar. Could this be the performance recorded at the end of 15/01/1987 edition? Initially it seems like a dead cert. Vision Mixer Hilary West cuts from the hosts to a wide shot of the band on stage, which is what you'd expect if they were transitioning from a recorded as live introduction to a performance played in from VT. Except... visible behind Gary Davies and Steve Wright are a few studio cheerleaders; one in a red-ish dress, and three dark-haired women standing in a group with one, on a step, higher than the other two. What do we see behind Dead Or Alive? A woman in a red-ish dress and, you guessed it, a group of dark-haired women.
It seems there are two options. Option A) The BBC cares enough about continuity that it made sure the studio cheerleaders were consistent across a performance and an introduction recorded on two different weeks. Option B) Top of the Pops paid for Gary Davies and Steve Wright to come in a week early and record an introduction for a performance which might not be used if Something In My House stiffed. Neither seem likely, so lets introduce Option C) I'm mistaken, the band glimpsed in the behind the scenes footage wasn't Dead Or Alive. It certainly looked like Pete Burns' silhouette. 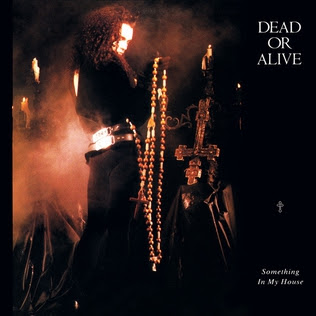 Sophomore seasons can be tricky however Cobra Kai nails it rather effectively with this second season, first shown in 2019. The storylines delve deeper into the differing methods employed by both Daniel LaRusso and Johnny Lawrence at their respective dojos and how these influence their young pupils. There’s also more looks back to the films primarily via John Kreese, the sadistic Sensei whom you could say sent the young Johnny off the rails. Now in his seventies, Martin Kove has lost none of his menace, indeed age makes him seem even more threatening as he manipulates various pupils like an evil puppeteer. 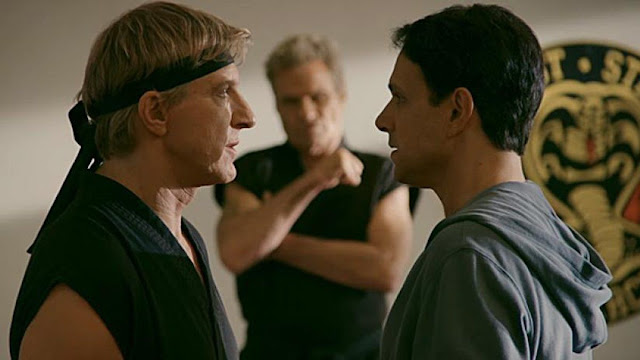