With Chris Arnsby. Gary Davies: “Hey! How ya doin'. Welcome to Top of the Pops. Also welcome to Top of the Pops for the very first time to Simon Mayo.” Simon Mayo: “Thank you Gary. Great show coming up including Howard Jones and Julian Cope in the studio, that Paul Simon video, and a new number one.” Gary Davies: “Yeah. Loads of good stuff, but first we have to learn how to walk like an Egyptian. At number twenty, here are The Bangles.”

[20] Bangles: Walk Like An Egyptian. It's seven months since Simon Mayo was first introduced to the BBC1 audience on the 20/03/1986 Top of the Pops. At the time he described himself as doing “Gary's bit in the middle,” which is how Gary Davies used to refer to his lunchtime show for anyone concerned about Radio 1 initiation rituals. Simon is currently wandering from show to show as a holiday stand in, although his base is the 7.30pm Saturday evening slot (Saturday sounds and surprises, according to The Radio Times) which he inherited from Annemarie Grey. Apologies to Annemarie but I don't recognise the name, a quick Google search suggests she later worked on the BBC's Caribbean Service which relaunched in 1988. Mr Mayo has worked on his TV persona, a bit. He's mostly stopped looking at the floor, he doesn't really know what to do with his arms, and he needs to work on the self-conscious smirk which makes it look like he's about to laugh in Gary Davies' face. 6/10. 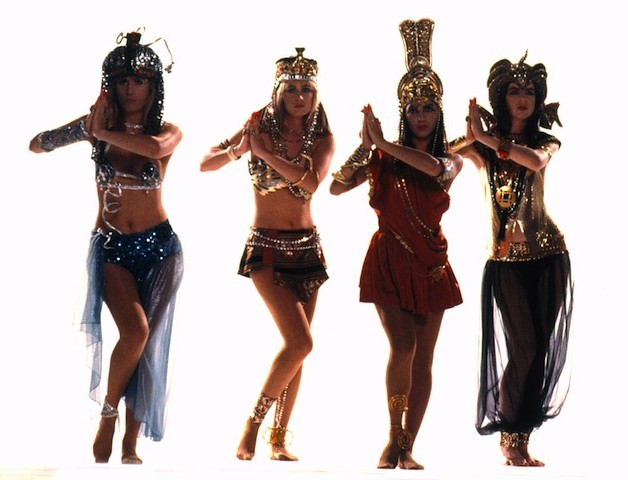 Few bands have had such highs and lows as Sparks. Yet they keep coming back, re-inventing themselves with each iteration over twenty five albums that span multiple musical genres from pop to rock to electronic to classical and beyond. Edgar Wright describes himself as a “fanboy” yet the director’s two and a quarter hour documentary is a thorough journey through different musical eras. It doesn’t crack the mysteries surrounding the Mael brothers; we learn nothing much about their personal lives except as kids growing up. However, it is an absorbing film packed with rare footage and photos (I wish some of it could be made more readily available) and even at this length is probably not long enough to show just how incredible a musical progress Sparks have made.

Adapting Frank Herbert’s lengthy sci-fi classic into a film is not an enviable job. Its not so much that the plot is complex; in fact, it’s quite straightforward, it’s more to do with the way the book presents it. We’re given the detailed inner thoughts of a number of principal characters and masses of historical, geographical, political and linguistic information about the scenario. The book’s emphasis is as much on a look or a movement than it is about action. David Lynch’s 1984 version squeezed the 500 plus page book into a two hour movie by ruthlessly editing the story, stripping it of any finesse and the results did not really work. Dune is a story that needs to be told carefully and at a medium pace so is more in tune with modern television than film making. Denis Villeneuve though has cracked this toughest of nuts by dividing the story into two- there is a pointed Part One underneath the on screen title- and editing with precision to service the overall story rather than the running time. At two hours forty minutes this is still only half the story. 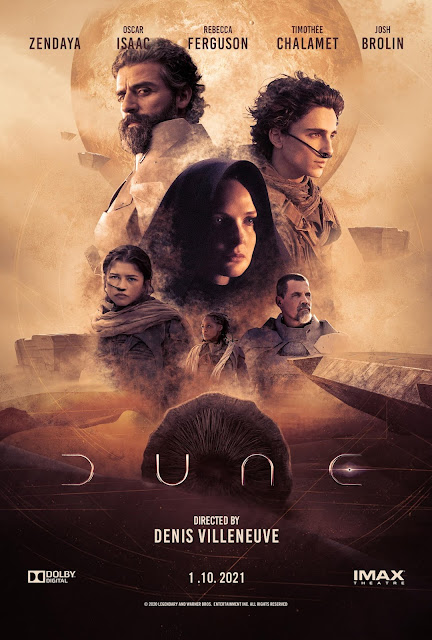 LARGE SPOILERS HIDING IN THE SANDS BEYOND HERE...

Presented by Chris Arnsby. Mike Smith: “Welcome to the most heavily lacquered TV programme on the air. Will Michelle change her mind? Find out in half an hour. Until then let's go to the lofty heights... of Top of the Pops and OMD!”

[11] Orchestral Manoeuvres In The Dark: (Forever) Live And Die. Mike Smith starts October, which means this episode wasn't shown on BBC4. It's available to download in two flavours from the super-secret super-horde at https://mega.nz/folder/h0snQACa#uiNNqosfbdrfzODHsE1clw/folder/phc3iYCY

There's a copy direct from the BBC archive (good picture quality) or off-air (lower resolution but with a glimpse of the old BBC1 computer generated globe). Take your choice. Mike Smith, like a lot of the hosts, chooses to riff on the latest happenings in Albert Square. Tonight's comment relates to the never-ending saga of Lofty and Michelle. The Eastenders Wikipedia is here to help; Tuesday 30 September “Michelle tells Arthur she cannot go through with the wedding so he takes her home..” Ahh. Poor Lofty. (John- Wasn’t he even a tiny bit peeved by this?) 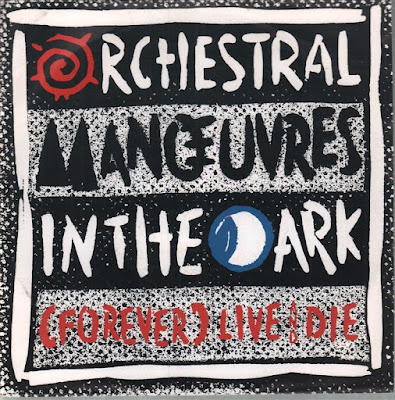 What is Facebook's Metaverse then?

It does sound like something from the Marvel films but the Metaverse is a real idea that is in the pipeline for our increasingly tech shaped future. Most people only became aware of it this week when the news that the company was set to hire 10,000 people to work on it albeit from the EU rather than the UK. Which says something about Facebook’s politics and let’s not forget one Nick Clegg is the company’s head of global affairs. Indeed the news story has been spun with a Brexit twist. However, most people’s reaction was “Yeah but what is the Metaverse?” 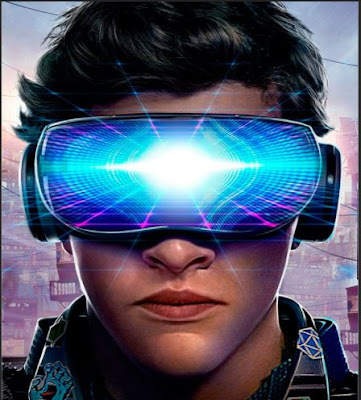 Currys PC World has changed it’s name..to Currys. This is the theme of their new advert which has the tagline “Say hello to Currys”. It’s a bit of a mix and match this one still using the old musical motif, pushing the rebrand yet starting with a series of clips showing accidents in the home, the sort of video clips you’d see on You’ve Been Framed. “I’ve got this – the three most dangerous words in the English language” says the narrator who calls for people to consult experts rather than doing it themselves. Most oddly of all The Stranglers have been chosen for the background music. It’s a curiously off hand way to approach the name change especially as they offered just the same remote tech advice service before. Basically, nothing has really changed except the PC World bit of their name has gone and the remaining `Currys` has a new font. As its only 13 years since the dual name was introduced it’s not exactly a shock in any case. The ad does seem a little last year too focussing on their online tech help when you can actually now go into the shops and talk to people. This very laptop I’m typing on was bought with considerable help from someone at Currys’ PC World last year just a week before the first lockdown.

Reviewed by Chris Arnsby. Janice Long. “Hello. On the show tonight, in the studio, we've got Loose Ends and we've got Darryl Pandy. On video we've got Huey Lewis, we've got Genesis, and we've also got Run DMC. We've brought the girls in, soon to be appearing at a venue near you because they're on tour, here are Amazulu, Montego Bay.”

[23] Amazulu: Montego Bay. Derek Slee is again credited as Lighting Director this week, he seems to be on rotation with Fred Wright. Top of the Pops normally uses big slabs of colour (purple, blue and red) to light the studio but this week Derek's decided to ring the changes. Amazulu are on the main studio stage and it's lit in a much more colourful way with greens and yellows thrown into the mix. The intensity of the lights is also dialled back, and the result is a studio with a colourful background rather than one that's shaded in moody violets (wasn't that the name of a band?). It's good. The studio looks more like a funfair and it suits the bouncy and fun feel of the song. 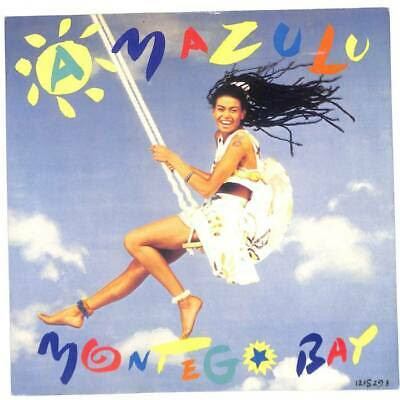 In 2004, a series called Kingdom Hospital came and went without very much of a reaction. Based on a Danish eight episode mini series by Lars Von Trier called The Kingdom it was originally intended to be of similar duration. It was eventually developed into what was intended to be an ongoing series though in the event it only lasted for one thirteen episode season. It was developed by none other than Stephen King, more used to others developing his work, and directed by Craig R Baxley.  To describe it as slow would be to understate considerably because it moves like a snail with a tendancy to repeat certain visual or musical signatures. I’m not even sure how you would define it. Is it a medical drama? Yes. Is it a fantasy? Yep. Is it extremely weird? Oh yes. It unpeels mysterious happenings, oddball characters and bizarrely is set in an interior that seems to bear no relation to the striking exterior shot we see of the building.  There is a palpable sense of unease generated by the direction and script, and its circuitous structure can sometimes irritate not least that song which is playing when Peter Rickman is first run down by a truck. Yet if you become absorbed in it- and it is a big If – it seems important to watch every bit of it. 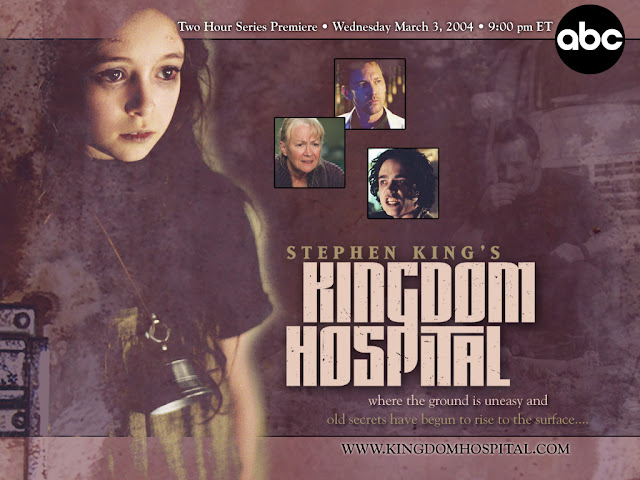 No Time To Die review

There was a time when all James Bond films seemed very similar. The locations and villains may have changed but basically the plots were the same sort of thing – plenty of action and very little character development. The five films starring Daniel Craig have changed some of that; not only is each distinctive in its own way but they act as a five episode story arc that gives James Bond a more contemporary hue. However preposterous some of the notions that are given screen space we can now see Bond as a real person, someone who may still be essentially a state employed assassin but also has thoughts, ideas, feelings and emotions. That its been done so subtly and while maintaining most of the things that Bond afficionadoes like is no mean feat. No Time to Die is the culmination of this arc and surely a contender for the best James Bond film ever. 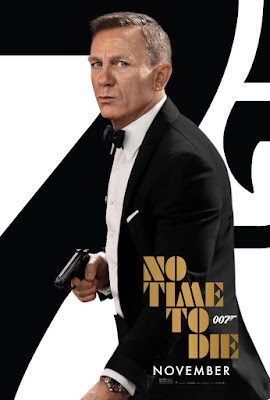 “Now look here double oh seven, there are spoilers after this point…”