Based on a series of books by Jonathan Stroud, Lockwood & Co is being bigged up as a key new Netflix show with one reviewer even going so far as to suggest it could be as big as Stranger Things. That would be good though I suspect it’s just a little too English to hit those heights but nonetheless it seems to have had a good reception. Not that it shares much with that other series by the way except for focussing on kids taking on evil. There’s something old fashioned about Lockwood & Co which is best manifested by some great scares, a lot of slightly posh banter, a complete lack of smartphones and an emphasis on the importance of very English things like breakfast and cups of tea. Although some of the production appears to suggest modern day, it is an alternative timeline as there are still newspapers aplenty and when a mobile phone does appear it is one of those brick sized examples complete with an aerial. After so many modern dramas amp up the tech to appeal to younger viewers its very satisfying indeed to see something that chooses to rely on something more inventive. 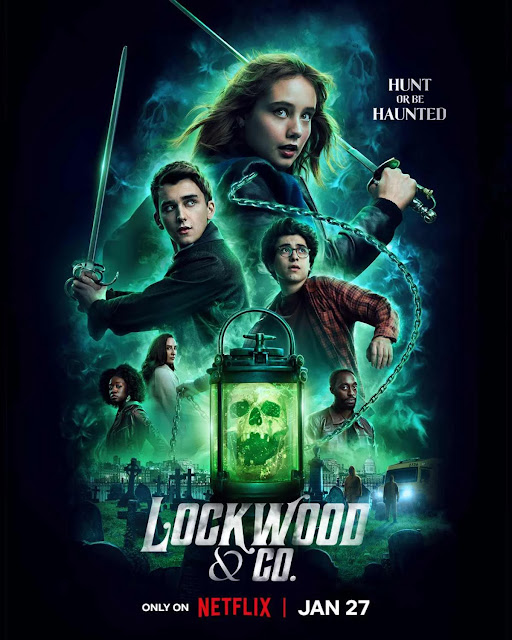 Beware - spoilers past this point..

Mike Read: “Good evening. Not a window cleaner in sight. That means it must be Top of the Pops.”

Simon Bates: “Absolutely no milkmen either. We've got the new Terrence Trent D'Arby video, the number one, and also Sinitta on Top of the Pops. Here she is. Right live. And it's GTO.

[20] SINITTA: g.t.o. Thirty seconds into the programme and the to-do list is spiralling out of control. One, what does Mike Read's “window cleaner” comment mean? Initially I thought it might be a reference to Brush Stokes, back for a new series on  9January. Except, Jacko from Brush Strokes was a house painter, hence the name of the show, and, more importantly, series 3 episode 5 aired on 9th January 1989, not 1988 as I misread. I doubt the BBC plans its schedules that far in advance, and shares them with Mike Read. Nothing else springs to mind. Was there a window cleaner/milkman scandal unfolding at the time that I've forgotten? It must have meant something to the audience at home.

Two, is Top of the Pops really starting 1988 with this song? I'm almost certainly putting more thought into this than the production team but it feels like the first song of the year requires a little effort. It's an occasion to set out your stall and show what the programme can achieve. Isn't it? Apparently not. I've just looked back to the start of 1987 where the first band of the year was Status Quo. Ironically Sinitta represents the 1988 status quo, bland, safe, poppy, nothing political. It's a rotten song. 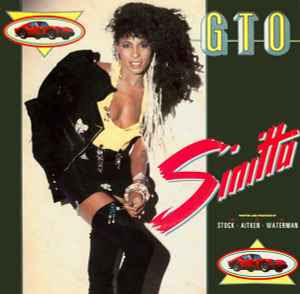 Some songs are instant classics and you know why. Others have something different about them, something that must have sounded distinctly odd when they were first aired. Yet one way or another they have become standards and `MacArthur Park` is one of those. On first listen it sounds like some surreal fantasy, perhaps evolving due to excessive access to certain substances- it was after all penned in the late Sixties. Of course it’s not and when you take a look it’s a song that makes perfect sense, cake, rain and all. 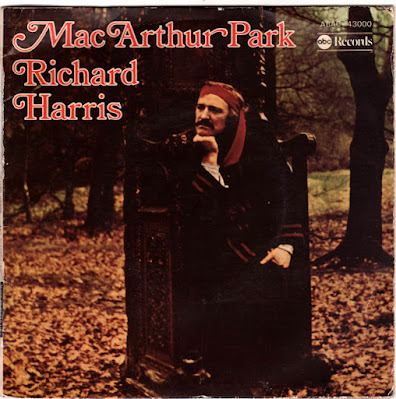 Presented  by Chris Arnsby. December in January. This really is the new year's hangover. If it wasn't for my pedantic need to finish of 1987 I could be into the early weeks of January by now.

17/12/1987
Gary Davies: “Hi. Good evening. Welcome to the last Top of the Pops before Christmas. In the studio tonight we have The Pogues with Kirsty McColl, Simply Red, and the Pet Shop Boys.”
Mike Read: “And up eleven places to this week's twenty one, Wet Wet Wet with Angel Eyes.”
Gary Davies: “Yay! Woo!”

[21] WET WET WET: angel eyes. Note to self, check typing to make sure you haven't misnamed the song Angle Eyes. Angel Eyes by Wet Wet Wet is a different song to Angeleyes by ABBA. What's going on with the charts at the moment? (By, at the moment, I obviously mean 36 years ago. I am nothing if not topical). They contain two re-releases of old songs, nine covers, and two songs which have the same title as earlier hits, this and The Look of Love by Madonna. It's 1987, it's too early for repeats on this scale.

Angel Eyes is “serious” Wet Wet Wet so Marty Pellow reduces the jauntiness by fifty. He's wearing a black suit (sombre), not dancing, gazing straight ahead, and trying not to smile. You can still see the gor-blimey-Mary-Poppins loveable scamp persona moving under his skin, trying to break free. 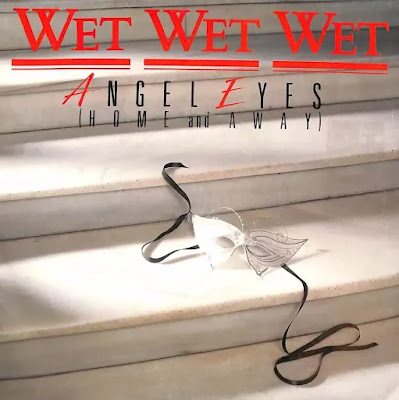 A lot of modern tv drama attempts to be so meta or postmodern or over clever that its something of a pleasant change to find a serial so defiantly old school. The Rig, Amazon Prime’s new six-part series is very traditional while striving for some realism amidst the crisis. It’s a recipe that generally works and even though much of the plot seems familiar there is enough spark to keep the viewer intrigued. It’s a series that refuses to sit still and be one thing so elements of business, ecology, employment and technology are knitted together and the sci-fi aspect is kept believably shadowy. In short, it is a great yarn! 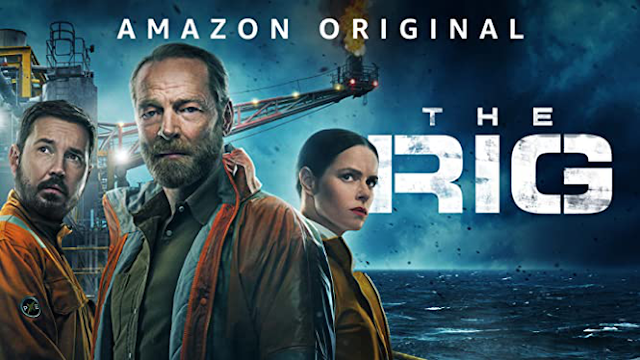 This has been a season that feels very much like an artist's third album. The simpler stories of the first two seasons are unfurling into something more mature, something more interesting. The two year gap though has caused this to seem an initially slow affair but the reward comes in the latter half of the season and these final three episodes are the full flowering of this. 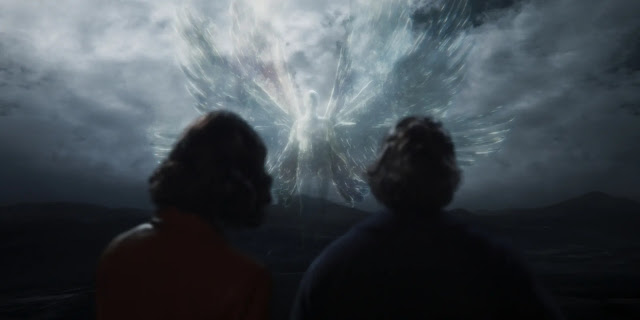 Spoilers after the break.

In the midst of an episode heavy on travelling between worlds, scary technology and impending war it is somewhat reassuring to come across a former couple having an almighty row. Never mind that they are arguing about most of those aforementioned topics, you can see in the way the lengthy scene is played that these are two people who once loved but now no longer even understand each other yet sort of want to do so. “Why can’t you be who I want you to be?” says a frustrated Asriel as he and Marissa say all those things that have been building up for some time now. It is scenes like this when the series flares into life, when you can dig beneath the plot and find some humanity. And when you have actors of the calibre of James McAvoy and Ruth Wilson, even better because they utterly convince you. 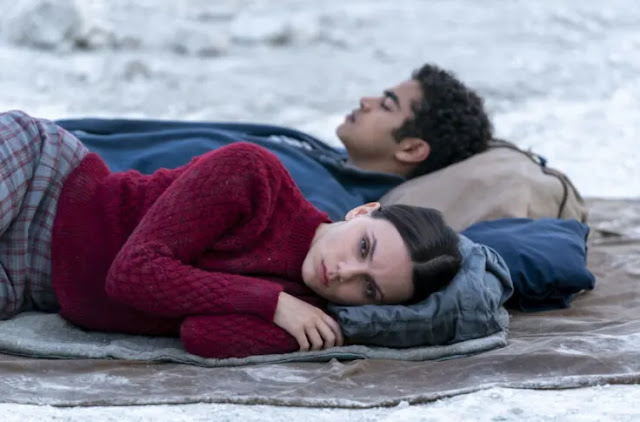 An unlikely but true story, this charming film depicts the long search by an ordinary housewife to locate and unearth the grave of Richard the Third, a King whose reputation reasts largely on Shakespeare’s interpretation of him. History tells us Richard was “ a usurper” who only became monarch my  murdering two princes whose claim to the throne was stronger. And he was a hunchback too and is often to be seen portrayed as a grotesque. It’s a version Philippa herself sees in a production in Edinburgh where she lives with her two sons and estranged husband played by Steve Coogan who also co-wrote the script. 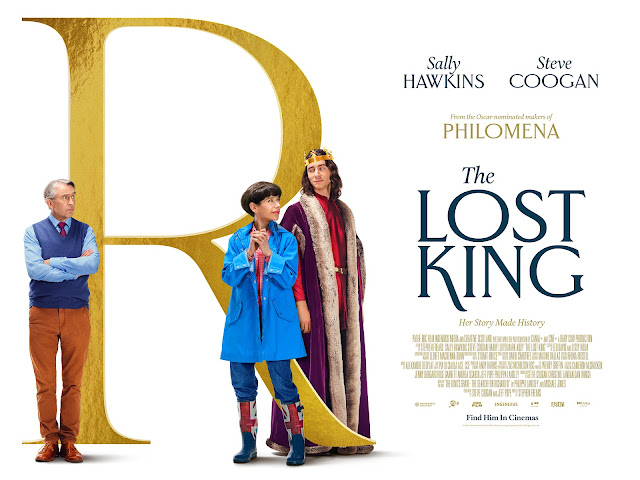