Doctor Who The Day of the Doctor


So, after all the build-up, anniversary hoopla and general Doctor Who-ness of this month, `The Day of the Doctor` arrives. It has been the subject of endless speculation as to its contents- some turned out to be true, some delightfully wide of the mark. For Steven Moffatt it must have been a daunting task to construct a tale that would pay satisfying homage to the past and also lay out something of a path for the future. The good news is that he’s done it with some aplomb in a production that takes some risks; both visually and conceptually, but emerges as one of those unique stories that will always stand out from its surroundings. It is the best thing he’s done since he took over the series.
Warning- Spoilers lie ahead. 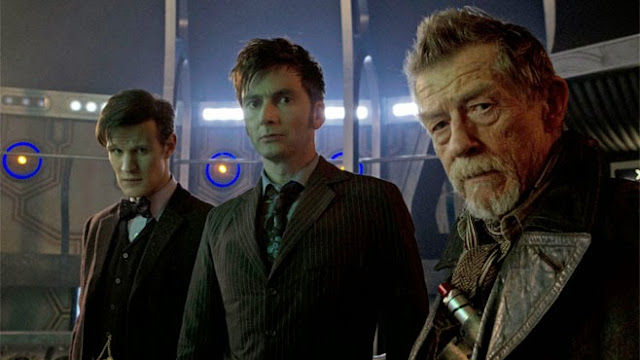 An Adventure in Space and Time


Wow, there’s enough material here for a series! Mark Gatiss’ lovingly nourished rendering of the origins of DW presents several characters whom we would willingly spend weeks with. The only down side of An adventure in space and time is that it is 85 minutes long so there are shortcuts galore however Gatiss has honed the dialogue to give every line import. By focussing on four personalities who you would never expect could collaborate especially in the 1960s he gives the whole thing a sharp focus. The result is something very special. 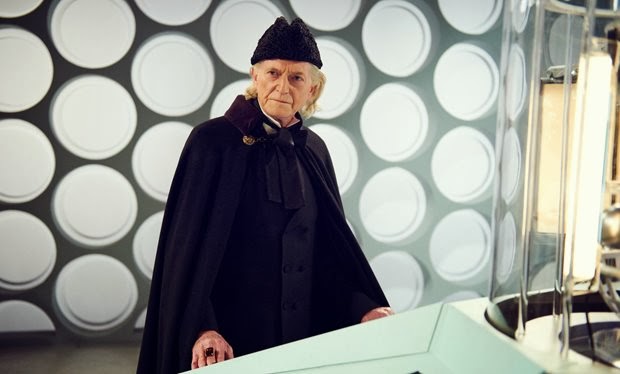 Doctor Who The Web of Fear 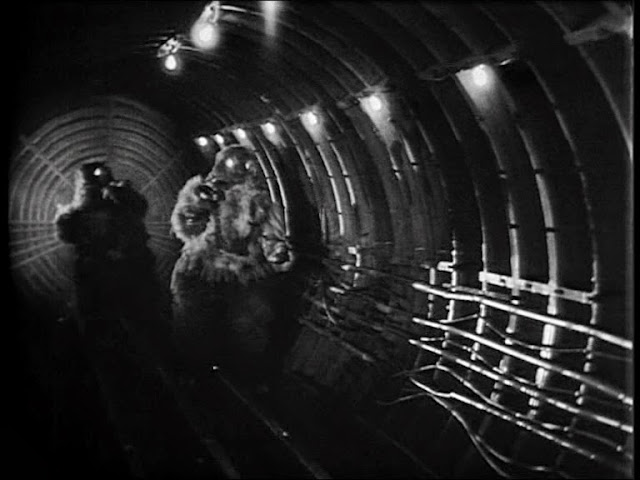 Though Doctor Who had started to modernise as early as `The War Machines`, the series often struggled to match contemporary 1960s style with the thrills and scares that had by now defined its best moments. `The Web of Fear` manages to line up these aspects in equal measure with a `real` setting in the form of the London Underground, some great monsters and enough excitement to sustain its six episodes.  It is something of a mood piece building claustrophobic suspense around a minimal plot that in lesser hands would be little more than a run-around. Under the guidance of director Douglas Camfield however it becomes something much more thrilling.


by Tim Worthington
With all of the excitement about the recent recovery of `The Enemy Of The World` and `The Web Of Fear`, and the subsequent deserved focusing of attention on those intrepid individuals who actually hunt down long-forgotten film cans (and not just Doctor Who ones either - there are lots of people out there trying to find other equally deserving lost programmes, who never seem to get the credit, publicity or assistance they really should), it's worth indulging in a spot of cheerleading for the much smaller band of enthusiasts who devote their time to hunting down stray recordings of lost radio shows.
Read more »
Posted by John Connors at 20:11 No comments:

Email ThisBlogThis!Share to TwitterShare to FacebookShare to Pinterest
Labels: BBC, BBC Radio, Daleks, Doctor Who, Doctor Who on the radio, Rare Doctor Who radio appearances

Doctor Who The Night of the Doctor


A big online surprise prequel to the Anniversary Special

Without warning- though there had been rumours- a 7 minute prequel called `The Night of the Doctor` appeared on 14 November. It’s a double surprise because not only was it unexpected but it also seems to give away one of the major puzzles surrounding the anniversary special, now just a week away. You might not have seen it or want to see it yet so be aware the review that follows is totally spoilerific!


Warning- Spoilers after the break

Doctor Who - Enemy of the World


Back after being missing for decades, can `Enemy of the World` live up to the hype surrounding it’s return?

None of the plot twists in `Enemy of the World` can match the subterfuge with which the previously lost story found its way into public view. Months of claim and counter claim, rumour and denials from all key players ended with the announcement that 9 more episodes were no longer missing. While `Web of Fear` has always been cited as a classic, nobody quite knew what to make of David Whitaker’s six parter. The one episode we had seen was, as it turns out, dull because it was out of context. Now it plays as probably the second best of the story, full of important developments and making the best of its interesting cast. However it is now the time to separate the circumstances under which the story has re-emerged – however much cause for excitement they may be- with the production as it is.

John Woodnutt used to describe his Zygon costume as being like “a suit of fairy lights”. Quite apart from the fact that this does not really describe it at all, nobody in the world has ever seen a suit made of fairy lights.

Oh by the way Woody (as nobody ever called him) used to tap dance while wearing this costume.

Email ThisBlogThis!Share to TwitterShare to FacebookShare to Pinterest
Labels: BBC, Doctor Who, TV.

Doctor Who: The Tenth Planet


Recently released on DVD, William Hartnell’s final story is also the debut of a striking new enemy. Both have rarely been better.

Its weird hearing William Hartnell speak. This DVD of his final story includes snippets from a back stage interview he gave in late 1966 after leaving the programme which provides an insight into something we may not have always realised. His portrayal of the Doctor was a total immersion; not only did he affect the mannerisms of a man considerably older than he was but even the voice was put on. In real life his tone is remarkably similar in intonation to Tom Baker at his most pernickety. He shoots the rather pushy interviewer’s assumptions down with a quick dismissive “No” as if the question was rubbish. It is the most fascinating Doctor Who extra there’s been since they coloured `Day of the Daleks`. 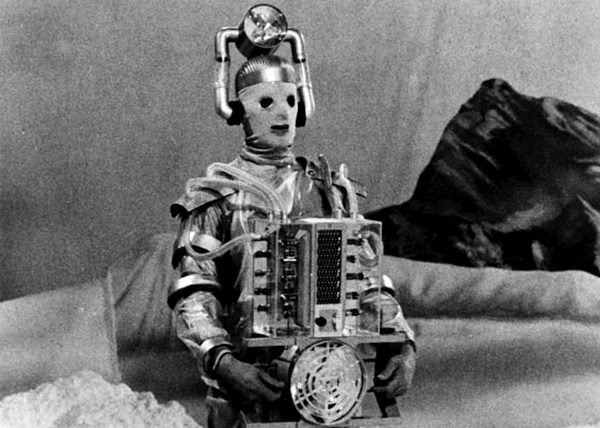 Doctor Who An Unearthly Child

It is a foggy haunting night- an owl is hooting in the distance as a small dog collides with the camera. Slowly, a car draws up extraordinarily slowly as if it’s indoors and it cannot be driven properly.  Ian Chesterton is looking very bored because instead of inviting him round for sex and a coffee, fellow teacher Barbara Wright has insisted they follow spooky Susan Foreman, their weird pupil with the trainers, high IQ and an iPad. Whatever that is.