Reviewed by Chris Arnsby. Steve Wright: "Well hello!! Good evening!! And welcome to another edition of Top!! Of!! The Pops!!" Andy Peebles: "Yes. Good to have your company. Let's get under way. Over here on my right will you welcome please Tears For Fears and their latest single Mothers Talk."
[38] Tears For Fears: Mothers Talk. Steve Wright is jiggling like someone 24 hours into a course of antibiotics for a bladder infection. He doesn't have a UTI. It's his normal presenting style.
[Paragraph of criticism of Steve Wright cut. It's Andy Peebles I feel sorry for]
It's Tears For Fears. What are they up to? Singing about the weather. As Mark Twain said, "everybody talks about the weather but nobody does anything about it." (John – I’m sure Boris will get round to it once he’s `sorted` Brexit) 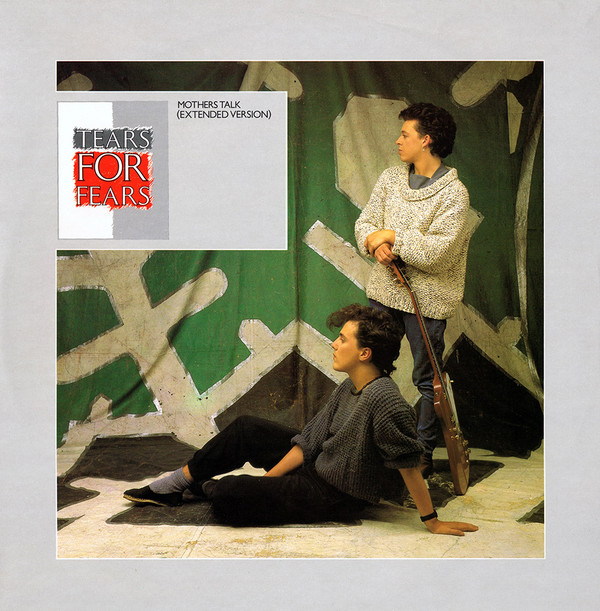 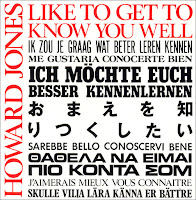 [10] Howard Jones: Like To Get To Know You Well. On video. Howard Jones walks around London wearing what appears to be a black bin liner tied up with flags of all nations.  (John- What? You’ve never done that?) The video features lovely footage of grotty eighties London. The Embankment. Villiers Street. The Strand. Trafalgar Square pre north side pedestrianisation.
[2] Black Lace: Agadoo. Black Lace have brought their own fruit along. There's a giant banana, a lemon, and a pear. You know what isn't on stage? A PINEAPPLE! Apparently Black Lace, or representatives of their record company Flair (a subsidiary of V.I.P. Records Inc. who used to be based at 55 West 42nd St. New York City but a quick Streetview check suggests that building has been raised to the ground for some reason), don't know the lyrics to their own song.
The banana starts out trying its best. (John- That’s my favourite sentence of the month so far!) Whatever unfortunate is jammed inside the suit has poked their arms through the holes provided and is trying to pull shapes. Unfortunately restricted mobility means the banana can either cross its arms or flail them ineffectually like a T.rex. What it certainly can't do is push pineapple shake the tree. The banana ends up adopting a sulky crossed arm pose. Imagine if Neneh Cherry was hanging in a buffalo stance and also a banana.
The lemon and the pear have decided not to bother with the arm holes. Whoever is driving the lemon suit has sensibly wedged their arms into the superstructure which allows them a surprising degree of mobility to lift and tilt the costume. The lemon is dancing and spinning around, and gives every impression of having a whale of a time.
The pear just looks lost and confused. Occasionally it spins slowly as if looking for the exit. (John- That’s why pears are less popular)
27] Iron Maiden: 2 Minutes To Midnight. On video.
[29] A Flock Of Seagulls: The More You Live The More You Love. A Flock Of Seagulls return with their disappointing new haircuts. What's going on with the backcloth to the stage? It doesn't look very Top of the Pops. It's white with brown lines like a wood pattern. There are also abstract blue, green and yellow shapes. Maybe I've just got food on my mind but could the yellow shapes be pineapple wedges? A pineapple tree? Curse you Black Lace. 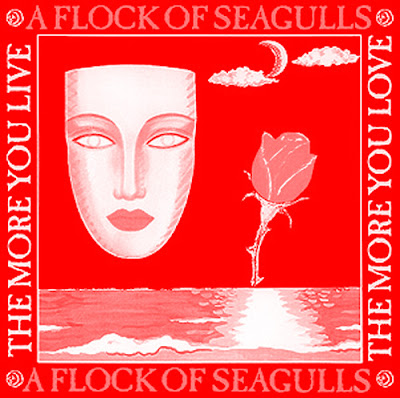 [15] Trevor Walters: Stuck On You. Trevor Walters is going solo. He's ditched the band he appeared with on the 02/08/1984 edition. Apart from that he's still making his vague commitment to catch the "midnight train tomorrow" whenever midnight tomorrow is.
[1] George Michael: Careless Whisper. On video. It's disappointing to watch a fairly dull promo in the wake of Frankie Goes To Hollywood coming into the studio every other week during their 9 week run at number 1.  You know what would make this video better? A giant banana, lemon, and pear. They'd have livened up Iron Maiden's dull faux-concert-footage-filmed-on-an-empty-soundstage as well.
[34] The Pointer Sisters: I Need You. Audience dancing and credits.
Performance of the week: Well it's not Tears For Fears, or a Flock Of Seagulls, or Trevor Walters. And I refuse to make it Black Lace. It's Blancmange: The Day Before You Came, carried over from the 09/08/1984 edition as compensation for being upstaged that week by Frankie Goes To Hollywood.
(John- Oh go on then....) 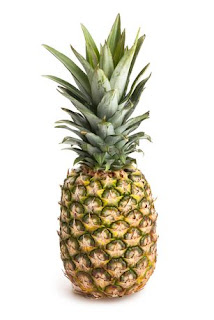