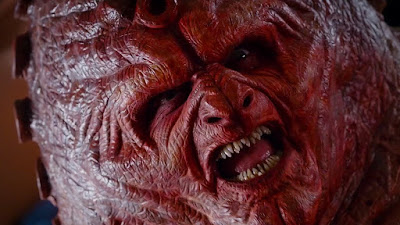 BBC One, Saturday 31st October 2015. Starring: Peter Capaldi, Jenna Coleman, Ingrid Oliver, Jemma Redgrave, Rebecca Front, Jaye Griffiths. Written by Peter Harness, Directed by Daniel Nettheim. Reviewed by Sean Alexander.
Once upon a time...there were Three Doctors, Two Osgoods and One Peace Treaty
Irrespective of whether your politics come with a capitalised P or not, you’re probably a long-term Doctor Who fan because of its subversive nature.  If your own political awakening came from the likes of Malcolm Hulke, Robert Holmes or Andrew Cartmel (probably the only man to profess a desire to bring down the British government as a job clincher) it’s safe to say the show that first set out its soapbox stall during the socio-political upheaval of the 1960s has always attracted the more militant minded, and politically aware, sections of the viewing audience.