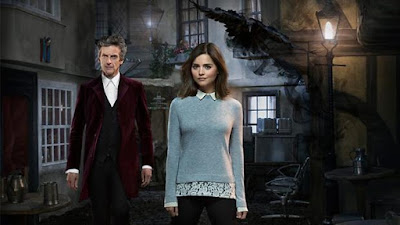 Like London buses, you wait ages for female Doctor Who writers to come along then two come along at once.  But unlike Catherine Tregenna, debut scribe Sarah Dollard didn’t cut her teeth on Who stablemate Torchwood, but rather Merlin, Being Human and…Neighbours?  But hey, since Doctor Who returned in 2005 it has more or less adopted the soap template of putting character before plot, emotion over drama.  And there’s no end of both of those in ‘Face the Raven’.
BIG SPOILERS PAST THE BREAK.. 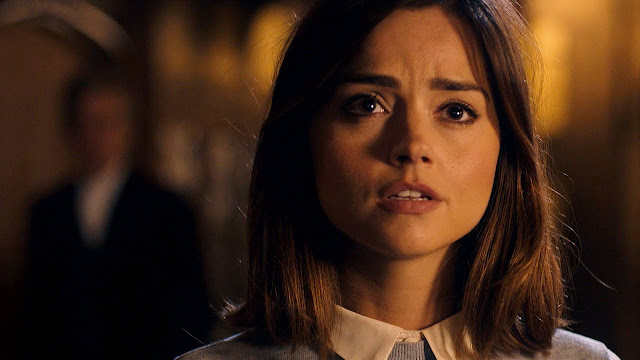 Who are the bargainers with whom Ashildir has signed a pact, at the express understanding that her society on Trap Street will remain undetected?  The knee-jerk impulse of the seasoned fan is to suggest Daleks, but I fear someone is playing a far longer game here; one that goes right back to the End of Time, perhaps.  But faced as he is of having no Clara and no TARDIS, is it really a wise move to put this particular baby in the box?  Clara’s deathbed speech, pleading for him to spill not one drop of blood in her memory, may hold for now.  But what moral choices await a Doctor now more alone and angrier in a universe than ever before?  Clara has accepted her fundamental role in her own downfall, but will the Doctor too?  ‘Face the Raven’ has many merits, but most of all is its simple demonstration of human weakness: Rigsy divulges himself of a death sentence because he wants to see his child again, the Doctor loses the TARDIS key and his freedom in order reveal the lie of Rigsy’s trumped-up murder charge, and Clara pays the piper for thinking she can be the Doctor once too often.  Compassion and consequences are sewn through series nine as thematic DNA, and with two episodes to go perhaps the full cost has yet to be tallied for the Doctor’s decision to rescue Davros from the minefield, or act like God by bringing Ashildir back from the point of no return.
The time has come at last to hear the Doctor’s final confession.
Next Time: The Long Dark Night of the Doctor