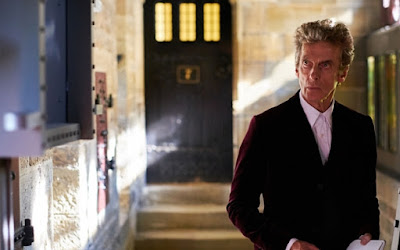 “Because you won’t see this coming…”
Confession, they say, is good for the soul. Whether we have now heard the Doctor’s last confession, one thing is certain. I have to confess that I doubted – again - that Steven Moffat had something this good still up his sleeve after five whole series of orchestrating Doctor Who’s post-renaissance renaissance. Maybe I was just too scared to hope. Either way, this is television of the very highest standard. And what a time to choose to pull the metaphorical rabbit out of series nine’s hat, with just one week to go. ‘Heaven Sent’ is so good you don’t really need that coda, as the deserts of Fuerteventura pan upwards to the gleaming city of the Capitol. Gallifrey Falls No More.