Presented by Chris Arnsby. [10] Big Country: Look Away. Gary Davies. “Welcome to Top of the Pops and here to start us off Big Country and Look Away.” A nice enough song, and a good performance, but it leaves me with very little to say. I'm not mad keen on Stuart Adamson's carpet remnant coat. Gary Davies. “What a great way to start. Big Country and Look Away. So, all on my own in the studio tonight, well not exactly on my own, also in the studio we have George Michael, we have A-ha, and It's Immaterial but first here's this week's Top 40 over this video from Falco and Rock Me Amadeus.” 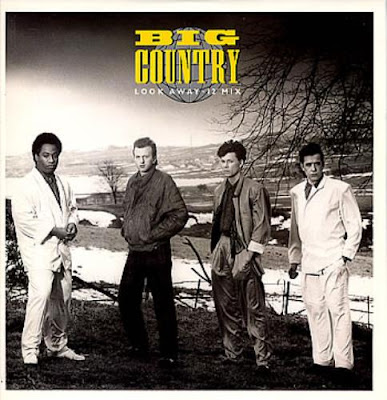 [3] Falco: Rock Me Amadeus. What? I thought the stupid video/chart/voice over format had been put to death on the 27/03/1986 edition. After rearing back into life on the 10/04/1986 show, it was surely dead. And yet here it is again. I feel like one of the villagers in Dracula, coming back from the castle reeking of garlic, chucking a few unused stakes on the fire, and saying, “well the Count is definitely not coming back from that one.” Only to realise with frustration five years later that no one can open their shutters at night because  bat attacks have risen above the statistical norm. Again.

Compounding the offence. Gary Davies is wittering on over Rock Me Amadeus. This time it's personal. It's not one of those bands no one cares about like Tavares, The Art Of Noise & Duane Eddy, or The Rolling Stones. This. Is. Falco. Gary Davies has been let loose on Top of the Pops all by himself, becoming the first solo presenter of Top of the Pops since the dual host format was introduced 06/01/1983.

The question is, was this always intended to be a solo show or is someone unavailable? Simon Bates is overdue, and if you assume the hosts are on a monthly schedule then it's notable that Bates last appeared four weeks ago, and he will next appear in four weeks time.

There have been some high profile absences recently; Peter Powell has yet to be seen in 1986; and Mike Read has gone from a regular host to an occasional one; and Paul Jordan and Dixie Peach haven't stuck around long. It's entirely possible that Michael Hurll is trailing the solo host format in order to eke out a more limited pool of presenters. It's just... how can I put this politely. If I was testing the water for a single host, I wouldn't start with Gary Davies. I'd start with Mike Smith, who I note hosts the show solo in two weeks time. 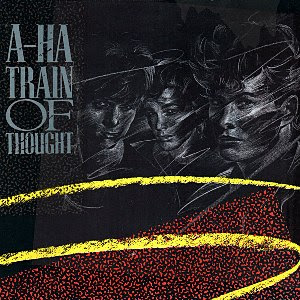 [8] A-ha:Train Of Thought. A-Ha have fun with masking tape and the logo on the back of their YAMAHA keyboard. Guess which letters they obscure. (John- Is it Aha because they like Yams?)

In fact A-ha are in a sprightly mood. There's a skateboard on the floor beside Magne Furuholmen, the keyboard player. This seems dangerous. All becomes clear midway through the second chorus when Magne suddenly lifts up his keyboard (well the top one of two) and skateboards 30 feet across the stage to play his instrument next to Paul Waaktaar-Savoy. (John- Are you sure you’re not making these names up?) All this takes place in the background of a long shot. The next handheld shot of Morten Harket seems very long, and angled in such a way as to deliberately deny any coverage to Magne while he bops next to the guitarist and returns to his designated place. This makes me suspect the skateboard stunt wasn't agreed in advance with Michael Hurll. If the boys weren't about to embark on a lengthy world tour they would have been given a stern talking to and the threat of a ban. There's a sweet moment towards the end of the performance when Morten breaks away from his microphone and looks round. The camera is perfectly angled to catch Magne point to where the skateboard now lies, abandoned by the edge of the stage, and Morten laughs and returns to the microphone to finish the song.

Meanwhile, here's something we haven't seen for a while, a host taking their mark for the next link. Top of the Pops is recorded as live in a single unbroken session, as much as possible, which means the hosts are expected to dash around the studio and be ready with their preprepared adlibs between songs.

Gary Davies introduces Train of Thought from stage left, next to the Top of the Pops logo. He then appears midway through the third chorus at camera left, climbing the stairs to stand next to the colour screen; the other side of the stage from where he introduced the song. When the camera pulls back at the end of the song you get to see the colour screen fade from images of A-ha to the Top 40 Breakers logo. Come back! This is interesting.

[16] Janet Jackson, What Have You Done For Me Lately? On video.

[28] It’s Immaterial, Driving Away From Home (Jim’s Tune). 1986 has a reputation as a table wine of pop years but look at some of the songs from the first quarter of the year; And She Was, Hounds Of Love, Manic Monday, When The Going Gets Tough The Tough Get Going. That's just the 27/02/1986 edition of Top of the Pops. I'd cheerfully add Chain Reaction, Radio Africa, Eloise, E=MC2, and others, to the pile including Driving Away From Home.

It's a skiffle-esque song with moments of wonderful bathos. Name-dropping Manchester or the M62 where a more rock and roll song would use Route 66 or Chicago. Even the “30 miles or more” lyric sounds deliberately understated, as if the song is doing it's best to be as unexotic and mundane as possible. A whole 30 miles? Step on it John and don't spare the horses. The Proclaimers would turn their nose up at such a short trip. (John- I always found this song a bit creepy like there was a hitchhiker the driver had picked up urging him to drive further and further…but why?) 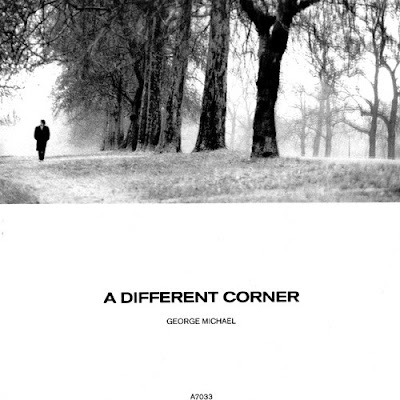 [1] George Michael: A Different Corner. George is being all serious and soulful again. It's quite dull, and something of a relief when we cut away to the video. Even though that's boring as well.
[33] Whitney Houston: The Greatest Love Of All. Video and closing credits. Next week, Janice Long and the last show for Dixie Peach.