Dark Nature - The fifth Heart of the World novel

Deep inside the mountain known as Devil’s Peak, a group of misfit scientists’ amazing plan to solve ecological problems is threatened by an elemental menace with dangerously different ideas. As Tom Allenby tries to stop this new threat to mankind, he faces the most serious peril of his fifteen year old life. Things will never be the same again. In his toughest, most personal adventure yet can Tom save the world and those closest to him? Or will humanity fall to the storm of the century? 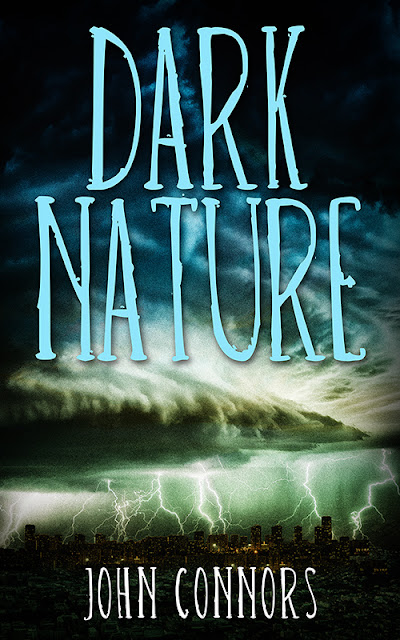 I'm not sure how relevant this is to most readers of the blog but I thought I'd better mention it as its been taking quite a lot of my time over the past year or so! Having a project like this to work on during the pandemic and the three lockdowns has been something of a blessing if only to be able to escape to a world I control. Like most of the novels the plot for this dates back over ten years but has been tinkered with in different ways to add or subtract characters and situations. As the title hints it is the "darkest one yet" which obviously is a line most ongoing series either of books or tv shows use sooner or later. It also has some stuff that younger or more sensitive children may find upsetting but I believe that, within reason, we can't shield kids from all the bad things that may happen otherwise they will be totally unprepared for life when it hits them.

There is a nod in this novel to the climate change and global warming crisis and I really wish that the solutions suggested by some of the characters within could become real but sadly it seems unlikely that my blend of `pretend science` would really be feasible. I wondered too about adding the pandemic into the mix but opted not to. For a storyteller its the worst thing since mobile phones for cutting off the potential for adventure. For a writer working in 2020-21 it is something that is worth forgetting when you can. However it has affected something in the novels in that having always said they were set in `the present day` I have decided they are set prior to 2020. As the fictional time span is now considerably shorter than the actual publishing one I really have to nail down the date somewhat. The whole `present day` idea dates back to when I thought I'd be able to write a book a year but real life stepped in to tell me that actually I couldn't.

So its been two and three quarter years since the previous novel was published though I did waste a year working on a separate fifth novel that didn't fit this series after all.  Anyway I hope the gap before the next book will not be as lengthy. If you do happen to read this book please remember it is aimed at kids not adults but I think there is stuff in it that older readers will enjoy.