Why the UK shouldn't leave Eurovision...

…and how we can get more than nul points.

It goes like this every year. Beforehand our latest entry for the Eurovision Song Contest “stands a real chance this time”, we’re `taking the contest seriously` and this is our best entry in years. On the day though the song is, well, not quite right and we score close to no points or as we did this year no points at all. Then comes the ritual of saying the song was actually no good at all and we should take the contest more seriously or perhaps we should quit altogether. Brexit 2? Well I reckon that would be a hasty decision just to save however much per year we contribute towards the staging of the contest a deal that at least allows us to avoid the humiliation of being knocked out before the Final as our recent entries surely would have otherwise been. No, I reckon we should sit it out, not take the contest seriously and we could just do a lot better. How, you ask? 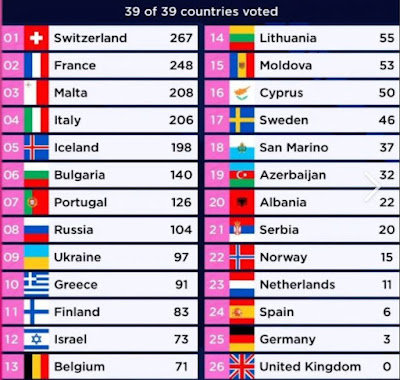 Nearly two and a half years ago for the 2019 contest we had our national competition to select from about six potential entries for the UK. For some reason this idea was scrapped last year and James Newman `emerged` from the ether. Anyway that year a song called `Bigger Than Us` turned out to be an appropriately named description of every other entry. Yet there was another song amongst the six potentials called `Freaks` that was insanely catchy and I can honestly still remember how it goes more than two years on without ever looking it up on YouTube or streaming it since. It was a song about victims yet it also had a sense of levity – after all the first verse’s list of indignities it’s protagonist had endured included “being picked last at soccer”- which gave it a perspective. It also had the catchiest tune I’d heard in years and a performer- Jordan Clarke- who really sold it. It had that special something, the undefinable magic that makes a Eurovision song.

I reckon if `Freaks` had been our entry it would have placed much more highly than `Bigger Than Us` which came last. Because I definitely can’t remember `Bigger Than Us` even though I obviously heard it many more times once it was our entry. It’s not just me, `Freaks` has enjoyed a digital afterlife having been streamed over five million times and by the end of 2019 was one of the most streamed of all UK Eurovision related songs. People just like it! 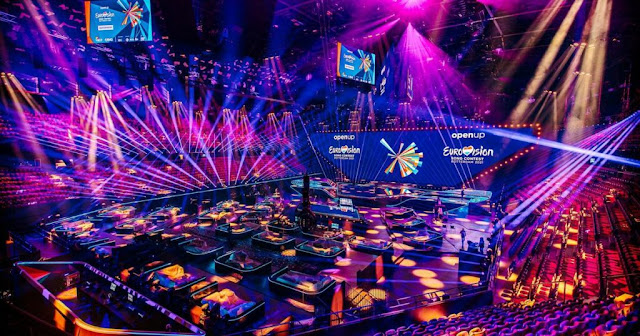 So, when we’re scrabbling about next year for an entry I reckon what we need to do is go back to the competition between songs but in a format that allows a wider choice and which excludes any `expert` judges. Such people may know what it takes to be a conventional pop star or become the lead in a West End show but clearly they do not know what makes a strong Eurovision entry. Throw out say twenty songs and the public will find the one they like and in turn people across the world will also like it. There’s a lot of nonsense talked about `generic` Eurovision songs but if you listen to the winners year after year they leap from one musical genre to another, some are fast, some are slow, some are club bangers, some are heavy metal! The only format is no format. And the only way to find that elusive Eurovision success is to let the UK public warm to a song and you can bet it’ll do well.

I don’t believe things like Brexit, Iraq or the price of fish really have much bearing on the voting because our instinctive reaction to a song we like is to support it. So we need to be less cautious, to stop looking for a `Eurovision formula` because there isn’t one and find that song that makes people tap their feet or smile and remember two years later! It genuinely is not rocket science!!