Check out the sliver clad dancer/backing singer at stage right. Eighties fashions have progressed to the point where the jackets resemble 40s Zoot Suits, although the padded shoulders are trés eighties. Observe the way they shoot up every time the sliver clad fellow raises his arms and leave him looking like a turtle pulling its head into its shell. This is not my kind of music, so my attention lapses and I am confused when a green-jacketed man suddenly starts serenading the lead singer. Was he hiding behind a microphone stand? All becomes clear when his bit ends, and he retreats back behind the keyboard.

Little else happens of note. We get a new Quantel effect during the keyboard break. The picture zooms back into a small box, a second picture drifts out from behind it, and the two camera shots briefly bounce around the screen. These kind of picture effects are normally reserved for cutting between the hosts and the charts, and it's become unusual to see them used during performances. 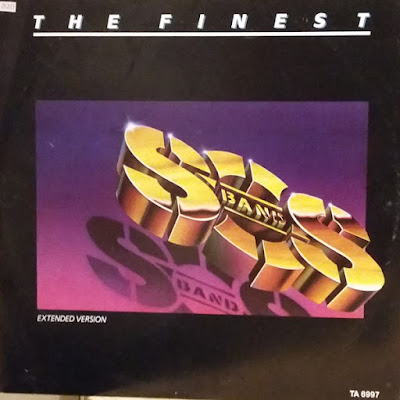 Dixie Peach: “The sound of success. The SOS band at number 17. In fact Top of the Pops has a very soulful flavour tonight.” Janice Long: “Cause we've got appearances on the show from Five Star, and hot in from New Jersey we've also got Aurra, but the highest climber this week up to number five the Grange Hill mob. Just. Say. No.”

[5] Grange Hill Cast: Just Say No. Breath held. Will Janice Long or Dixie Peach start yakking about the latest charts? No. Which means we get to enjoy the Just Say No video in its full majesty.

Last time I talked about 1986 reputation as a table wine of pop years. We've seen some cracking songs and also some real trash, and it's not even halfway through the year yet. Where does Just Say No fall on that spectrum? It's trash. Sincere trash, but still trash. Possibly the low point of the message/fund raising single trend started by Band aid. By 1986 the cast of Grange Hill numbered 2,357; not including the teachers. How many of the faces in this video can you name? There's Danny Kendal, Roland, Gonch, Zammo, Ziggy, Comet, Vixen, Cupid, Dancer, Rudolph, Donner, Blitzen, Dasher, and Prancer, and the rest. “The cast of Grange Hill there giving some very good advice,” says Dixie Peach at the end of the video. His more honest artistic assessment of the song can be guessed from his grin and double-eyebrow raise when Janice Long introduced the song. 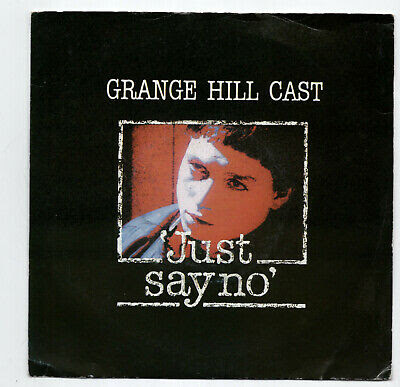 [8] Five Star: Can't Wait Another Minute. “Just back from a very successful trip to the US.” Fortunately Five Star are not too jet lagged to remember their dance steps. They've brought back some incredibly glittery suits which are very bad for the eyes.

Top 40 Charts. Atlantic Starr down to number 15 and still credited as Atlantic Star. Plus, credits for Duane Eddie and Gary Newman; whoever they are.

Top 40 Breakers: [26] Princess, I’ll Keep On Loving You; [23] Level 42, Lessons In Love; [10] Madonna, Live To Tell. “Madonna looking like Eva Perón even before she makes the movie,” is Janice Long's comment. How long was Evita in development? (John- They were actually filming it from February to May 1996, a decade after this show. I don't think Madonna was attached at this point so Janice must be something of a soothsayer. Listen out for references to Brexit and Covid next time she hosts!) 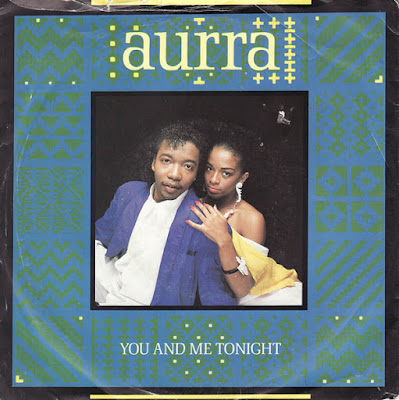 [20] Aurra: You & Me Tonight. In this “soulful edition” could some space be found for Marvin Gaye (number 27 with a re-release of I Heard It Through The Grapevine, off the back of the Levi's Jeans advert). No? Okay let's have Aurra, with a song laid out as a conversation between a couple. He wants to “get down to some real good lovin' all night long.” She, sensibly, is having none of his nonsense. I hope She kicks Him out onto the street.

[1] George Michael: A Different Corner. Falco are at number two. The faint hope fades that someone might breath some energy into this moribund Top of the Pops.

[3] Queen: A Kind Of Magic. Video and closing credits. Mike Smith hosts by himself next week, not that you'd know from the brutally edited BBC4 version of the closing link.