Reviewed by Chris Arnsby. [32] Maxi Priest: Strollin' On: Mike Smith. “Good evening and welcome to Television Centre in London for Top of the Pops with Maxi Priest.” Strollin' On is a nice enough song to open the show but it doesn't do a lot for me. I'm considerably more interested in the efforts of the saxophonist and trumpet player as they do their best to synchronise their constant bobbing motions.

Mike Smith: “The line up tonight is so dazzling I've got to keep my shades on for it. The trouble is, I can't see you. Are you there? Oh you are, good. We've got Princess tonight, we've got Madonna, we've got Joyce Sims, come over from the States, and of course we've got the new Top 40 for you with Janet Jackson at number three.” 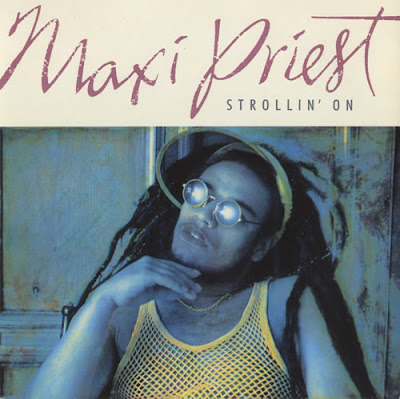 [3] Janet Jackson: What Have You Done For Me Lately. There's something ominous about Mike Smith's comment about “the new Top 40 with Janet Jackson.” Surely they can't... they haven't resurrected the... I don't believe it. Yes, Janet's barely got going before her video is shrunk into a small box and is interrupted by the charts. Again. At this point I'm not sure what bothers me more. Is it Michael Hurll's frankly bizarre attachment to this terrible format or is it the inconsistency of its use?

On one week. Off another. Back for two. I can't stand the uncertainty. Point of pedantry: there's a small mystery about the background.  The chart/video format has been used three times since the new titles premiered and each time the background has been a sketch of a still from the new titles, but each time the drawing is off a different still. I can't work out why you'd go to the trouble of commissioning a new drawing on the same basic theme three times. Is this just a quick sketch someone knocked up before recording or were all three images taken from the storyboard for the new titles? Who knows? 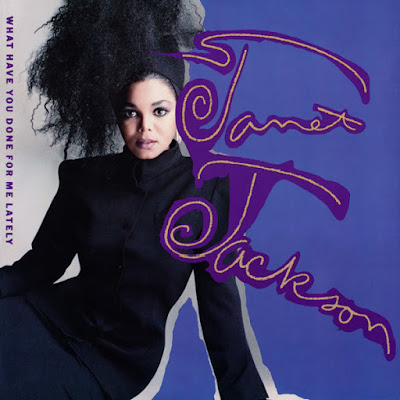 Atlantic Starr watch: they're down to number 16 and still being rendered as Atlantic Star. Duane Eddy is spelt correctly this week, and Gary Numan has fallen out of the chart so there's no need to make another attempt at his name.

[24] Princess: I'll Keep On Loving You. I've struggled with the last couple of weeks because I've found most of the songs unremarkable. Princess is no exception. It's a likeable performance but the song's less memorable than the backdrop. She's performing in front of a cascade of dry ice which Lighting Director Clive Thomas colours bright orange. It looks really good, and orange is a colour I don't remember featuring in the Top of the Pops palette before. Have Britain's top boffins just perfected a state of the art orange gel?