It takes a bold writer to pen a tale that starts right now (with a voiceover adding headlines from the day it was broadcast!) then unfurls into the near future and that’s at the kernel of Russell T Davies’ new drama. It seems an audacious idea simply because things never tend to roll out the way sci-fi authors say they will. Being one of the best tv writers though, RTD skims neatly over too many specifics taking the tone of modern British society and presenting increasingly extreme versions of it. Make no mistake this is a sci-fi series alright but not the type you might expect from someone who spent five years at the helm of Doctor Who. The nearest neighbour is probably Humans. What it does take from all of RTD’s previous work is the focus on families which allows an across the board look at how different generations respond to events. And what events these are. From the moment outspoken entrepreneur Vivienne Rook (an acidic Emma Thompson) utters the f-word on Question Time we are hooked. Lets face it sooner or later someone will actually do that. Rook’s rise to public attention is marbled throughout the episode even though she only appears on tv footage. Rook becomes, by a turn of events shown over the next five years, the symbol of what is wrong with the world today. Her knee jerk response to a question about the Middle East elicits controversy but also support. By the end she’s forming her own political party the wrily titled Four Star Party, the moniker based on the standard way the press report a swear word! 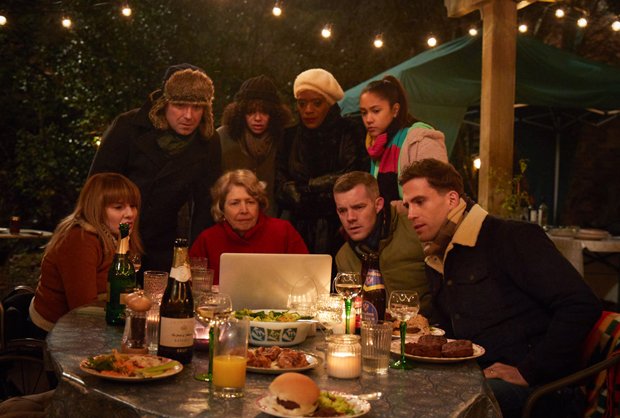 RTD’s lucky – if that’s the word-  because this very week there’s sabre rattling afresh from the Trump led US against China, a scenario that appears here in the form of a dispute over an island the latter have built and which the US claims hides a nuclear base. It has no doubt deliberate echoes of the US’s accusations about Iraqi secret bases. RTD imagines a second term Trump ending his presidency (and possibly anyone else’s) with a nuclear strike because he can. It is worryingly plausible, which is the thing you keep thinking during the episode.


There is a lot to take in which is why Davies deploys the Lyons family packed with familiar actors he’s used before (including Russell Tovey and Anne Reid) who all know how to bring the sort of gutsy, real characters he writes to life perfectly. They may debate big notions but there’s still time for a reference to Woolworths. If they sometimes seem to tick just a few too many character boxes you’ll soon forget that and focus on how they respond to things. There’s plenty to respond to, plenty of big concepts that some writers would use for a whole series rather than cram them in here but it makes the episode unpredictable. Just as you’re getting your head round one concept, here’s another one. Just like the superpower confrontation they all seem ever so possible.


So there’s a glass filter over the face that does those funny faces we can only do on phones at the moment, there’s a robot in the kitchen but it’s a clunky looking one called Keith! The one thing RTD forgot to include is the wonderful fact that no kids born in 2018 were called Keith. That’s my favourite fact from 2018. What happens regarding this particular Keith is one of the more amusing highlights of the episode. More seriously it seems that soon we’ll have an area of Kensington you have to be means tested to enter, perhaps the only future shock that seems a tad unlikely. 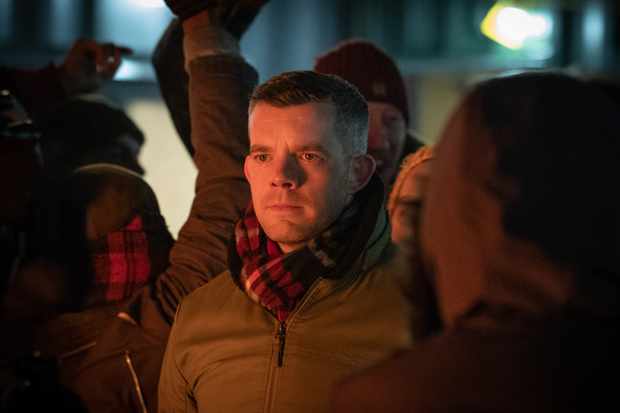 The immigrant/ refugee soup is dealt with too – there’s a succinct lecture on the differences from Tovey’s Daniel Lyons- and near the end a disturbing scene that shows we cannot always assume who is good or bad, right or wrong. Perhaps the spookiest idea presented is that of being trans-human where the subject wants to `become information` shedding the body to have the brain uploaded into the Cloud. If you watch the episode and find any of these things untenable think again – how does the world compare with what was happening five years ago? You’ll be surprised when you really think about it. The theme – expressed most strongly by Daniel – is that the world has peaked, that we have done the best and most adventurous things we can and everyone is becoming “thick”. Now that’s something that’s easy to swallow in 2019 never mind the coming years- you only have to look at the whole Brexit malarkey to become convinced of that. RTD’s script hits the target time and again yet it’s the way he mixes it up together with ordinary concerns, relationships, affairs, age and much else that makes it come alive in every scene. After just under an hour you feel as if you’ve known these people for, well, years and years.


What the script shows more than anything is how attuned to the world Davies as a writer is. A work like this could easily become a grim dystopian prediction but he fills it with life while remaining aware of the dangers lurking .Some of the developments echo current so called `populist` politics which is a heartbeat from being street violence and terrorism. One look at Daniel Lyons’ panicked face as he watches refugees dancing around effigies of US and Chinese leaders– compared to the organisational skills he’s hitherto shown- is to see how easily our ordered world can unravel.


The episode is packed with the witty banter, bitchy sideswipes and existential confusion so prevalent in all of Davies’ work but here he employs one of his most measured build ups. If the trigger in the opening sequence is a four letter word then 55 minutes later it might be the end of the world. We are treated to one of the writers’ trademark chaotic assemblies where there’s shouting, fast cuts, confusion, revelation, fear, climactic music and Rosie’s repeated mantra “What happens now?” it should draw everyone back next week. Not sure about the wisdom of an actual `next week` montage though, leave ‘em with that finish I’d say!