This has been a tricky week for those of us who prefer not to know important plot developments before they are showing in a film or tv series. We’ve had Avengers Endgame, a crucial Game of Thrones episode and the latest twists in Line of Duty. It is actually more difficult than you imagine to avoid spoilers because they can pop up in the most unexpected ways. You might avoid entertainment sites, social media and work conversations only to overhear someone walking past say “I thought Milo’s death from the top of the tower was shocking..” and there you go. You’ve followed Milo’s plot for six years, through highs and lows and now you know he falls off the tower. Can you even watch the next episode of Flugelhorn Warriors the same way? It’s all over. Aaaaarrrghhhh. 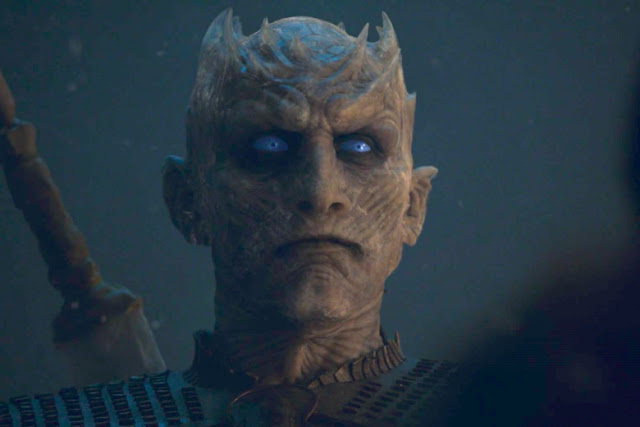 After seeing Avengers Endgame on Monday I thought I was safe from spoilers and could freely read about the film, however everywhere I looked there were spoilery bits about the Game of Thrones episode `The Long Night` which I didn’t watch till Wednesday. Only after that could I feel I was un-spoilerable at least for a few days. Looking now its amazing how much casual spoilering takes place. People don’t necessarily give away detailed synopses but refer to things like a certain actor being free to work on something else so you think; oh well they must be written out in the latest episode. The most irritating spoilers are ones hidden in fan theories. You might check one of these for ideas only for it to include lots of plot revelations for episodes or a film you’ve not seen.
Game of Thrones seems to be the most spoilered and theorised about tv show ever frequently about who might be the latest to sit on the iron throne but mainly about the who’s, why’s and wherefores of the Night King. Has a character who has said so little ever caused so many words to be written and spoken about them? Actually in `The Long Night` there’s a scene where he walks forward and I was expecting him to burst into song. Now that would have been a surprise!
People’s threshold for spoilers does vary. Some people don’t mind some information – and lets face it trailers are nothing but well packaged spoilers themselves- but prefer not to know key developments. I don’t think anyone sat down to watch `The Long Night` or Endgame not expecting a big battle of some sort and if you’d seen their predecessors you would roughly know what that would entail. In that case the spoilers lie in which side wins and who survives those battles. And whether the Night King Sings (spoiler alert- he doesn’t!) 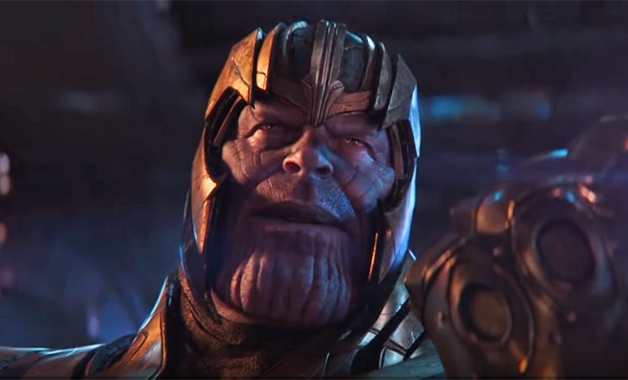 Soap opera watchers on the other hand are different. Not only do they seem to actively chase spoilers but the makers of the programmes are happy to release advance information though I don’t know how writers or actors feel about that. The theory about official spoilers is that they encourage more people to watch. Once they know that Maggie’s toaster explodes causing the shop to burn down they can’t wait to see it. They don’t seem to consider that not knowing making some toast will lead to such a dramatic circumstance might make the eventual scenes even more exciting.  Yet programme makers seem to want to reveal big plot developments and soap opera fans seem to enjoy finding out about them. You could argue it makes these dramas less believable simply because they have to keep building big moments into them which is why you get an unlikely number of major incidents happening in one small location. In these cases is the need for endless spoilers to keep people interested driving the writing? Personally the most thrilling television or film moments I recall were all out of the blue, without earlier spoilers. When you think about it that’s how life is.
References to Spoilers started with the Internet and originated in newsgroups where it quickly became established practice to type SPOILER ALERT in capitals before revealing something most people would not know. This largely developed due to the different transmission or release dates of tv and films between the US and UK. This was previously an issue that only concerned video pirates but with the development of online forums it was easy to spot American fans discussing plot points of episodes we hadn’t yet seen over here. Wikipedia and other pure information sites have muddied this water in that they give away full plot information from the moment it is available without concern to release dates. The ultimate example of this is that you can look at their entry for the famous play The Mousetrap and find out plot details that decades of audiences have loyally kept to themselves. You can also find out about all those big twists you get in films too. Imagine if that had happened just before movies like The Sixth Sense or Planet of the Apes had come out. If, as was famously said, the Internet marks the end of privacy, it is equally the dawn of spoilers.
So is there any proven truth that spoilers really do weaken the viewing experience?  A recent study at VU University in Amsterdam gave over 400 students a number of stories to read and then rate. Some of them had spoilers to read beforehand. In the responses those stories that had been `spoiled` were rated less thought provoking, less moving and less able to draw the reader into the story. On the other hand there are those who suggest that spoilers make for a different sort of excitement for the viewer or reader. Instead of the anticipation as to what might happen, there is anticipation as to how it will happen. We may know Milo falls off the tower but is it an accident? Is he pushed and if so by whom? I have watched things where I’d been spoilered and found it does heighten the experience in one way but lessens it in other ways. Reading a plot detail in itself provided it doesn’t give almost a frame by frame exposition of what happens is not going to match seeing it unfold.
The thing is that you can’t remain spoiler free for very long. The more time elapses since the first showing or release the less chance you have of avoiding information. People start talking about it outside of the platforms you can avoid. Which begs the question of when it is reasonable to openly discuss plot details either online or in person. One week? Three weeks? There are after all some people who’ve never seen Star Wars so basically they could know as much about it as those who have!
Sometimes too I suppose these spoilers don’t necessarily reveal the richest parts of the drama. They tend to be big, melodramatic developments whereas the best productions rely on smaller character scenes to sustain your interest. Those big moments that get spoilered don’t always define a drama. Of course in the end once you’ve seen that film or tv episode you’ve been spoilered for good. Just don’t go shouting about it in Waitrose will you!
Posted by John Connors at 22:34