The Flash Season 1 Pilot and Ep 2


Pilot (aka City of Heroes)
There’s been a trend for darker, moodier heroes on TV in recent years perhaps as a reaction to the snappy likes of Buffy and company so it’s refreshing when a show comes along that takes a different path. While it would be inaccurate to describe The Flash as a laugh a minute- and it does have darker moments- the general tone of this pilot is lighter than almost all recent new series. Appropriately enough the pace is also considerably faster with a narrative that is equivalent to developments that in other series would take several episodes. It does a splendid job of setting out the basic parameters of the show as well as providing a few pointers to the future. It’s particularly impressive when you consider that while being able to run super fast is a very, very cool power (as X Files- Days of Future Past proved) beyond clever showboating effects sequences there needs to be some ballast to carry a series for 24 episodes a year. Pleasingly there is plenty of that squeezed into this supersonic 42 minutes. 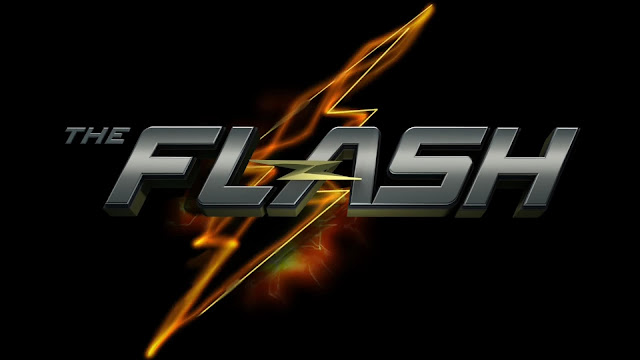 As a child Barry Allen experienced the death of his mother by way of someone lurking in freak lightning. His father was blamed by police and imprisoned for murder and now the adult Barry works for the force in forensics for which he has an uncanny eye for detail. During a landmark experiment in the nearby STAR Labs (any physicists reading should look away now) a particle accelerator explodes scattering strange energy around the city in a cloud that also creates lightning similar to that which killed Barry’s mother. He is struck and spends nine months in a coma before awakening to discover he has the ability to run at supersonic speeds.  Once awake he soon finds himself in action against a similarly empowered criminal who can summon up storms as well as challenging the scientists who see him as something of an experimental `meta human`.
All of which sounds a lot to stuff for one episode though thanks to some strong visuals and an economical narrative they manage it. There’s even time for some character work with strong turns from Candice Patton as Barry’s childhood best friend Iris to whom he is obviously attracted but who ends up dating someone else and  Jesse L Martin as her father Joe West who is both Barry’s boss and father figure. The trio seem so natural together you can believe they have known each other for a long time; Martin in particular gives us a note perfect detective and parental figure and all the different responses that requires. A neat touch is casting John Wesley Shipp as Barry’s father - he played Barry Allen in an earlier version of the concept 25 years back.
Danielle Panabaker’s straight laced Dr Caitlin Snow and  Carlos Valdez’s laidback gizmo maker Cisco Ramon add further light and shade acting effectively as Barry’s backroom team at STAR.  The most intriguing character is Harrison Wells played by Tom Cavanagh Head of the STAR lab he is supposedly disabled by the explosion and becomes a cheerleader for Barry but in a final twist is seen not only standing up but browsing an electronic newspaper from 2024!. Mysterious character alert! The episode includes some observations about the methods scientists use; Wells appears to see Barry as having the potential to solve all kinds of medical conundrums while the latter is somewhat affronted to be seen as little more than a lab rat. Given a multitude of different situations to work through Grant Gustin is tremendous as Barry establishing a character we can follow easily and interesting the speedy script with just the right balance of emotions.
The shows’ visual palette adds much to give it a different look. Unlike other shows not every effects sequence happens at night and the way they achieve the super speed running is excellent, cutting between blurry trails and slow motion close ups of Barry. Director David Nutter who’s helmed episodes of all sorts of series from Games of Thrones to ER to The X Files is an assured hand who exploits all the vibrant possibilities the episode provides. There is a small crossover with the older DC Comics series Arrow which might confuse anyone who’s never seen it, I only guessed from the green costume the bloke Barry races hundreds of miles to see.  It’s probably franchise building but not really necessary for such a brief scene and as The Flash can more than stand up on its own.
It’s surprising how well the episode plays given the crowded narrative but it has the effect of maintaining interest far better than series which choose a slower opening gambit. You may question the dodgy science and some scenes might benefit from a little more time but overall this is one of the best opening episodes to a series in years. 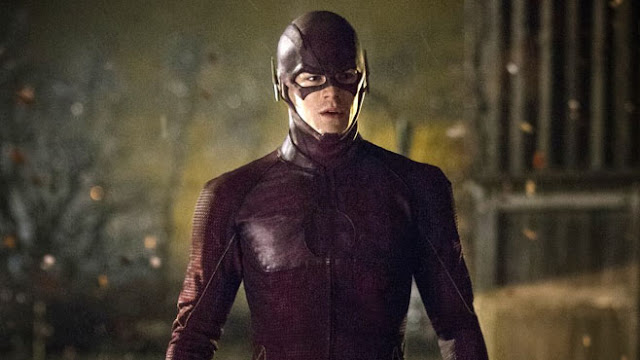 Ep 2 Fastest Man Alive
The relationship Barry has with both Joe West and Harrison Wells is stretched under pressure as he struggles to match his deeds with his expectations. More than once it is pointed out that while he may be able to travel at over 300mph he is not invincible nor is he a fighter. When he finds himself facing an antagonist who can split himself into a seemingly limitless number of clones Barry is overwhelmed.
The episode spins the young man growing up and breaking free of parental figures plot with confidence, the scenario complicated by the fact that West and Wells have different outlooks for Barry and of course neither of them is his father. In the end it is the long standing bond between Joe and Barry that Wells uses for his own so far secret agenda. He seems to want to test Barry yet also keep him safe. Viewers’ knowledge that Wells is not whom he seems certainly adds a tension to these matters but it is the performances of the three actors that really sell even the most familiar type of dialogue. Again Jesse L Martin is exceptional and you can really believe in the rich history between Joe and his surrogate son. Having the parental figure being aware of Barry’s power but his daughter not is certainly an unusual dynamic that keeps matters fresh.
Barry’s own strains are also addressed as he keeps passing out after speedy escapades for which Cisco amusingly comes up with a chocolate bar! There’s a strong dynamic already behind the group Barry later describes as effectively being out there with him and this is an opportunity to debate both the morals and tactics he uses.
The week’s protagonist Danton Black makes quite an impression as he constantly splits into duplicates and there’s a brilliantly staged confrontation at the headquarters of his former boss Simon Stagg against whom Black plots revenge. Seeing hundreds of identical figures streaming up stairways and passages like insects provides the episode’s most powerful visual scenes. As for Wells he gets another last minute shocker of a last scene.
One cliche they need to avoid repeating too often is Barry’s sudden disappearances when with Iris; pleasingly they even address this. The look on Barry’s face when Iris tells him she’s been investigating a `red streak` spotted around the city is priceless! Many series suffer a dip after impressive openers but this is just as vital which does bode well.