You know how life is all automatic now? Well this is all shiny and futuristic and that but it has thrown up a whole new parade of automatic messages that drive people crazy. Messages that don’t necessarily explain anything but just serve to annoy us even more. Here’s my (least) favourite ones- 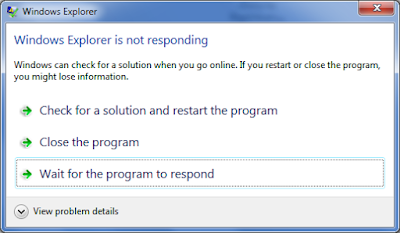 Oh yes, there you are online doing things leaping from one place to another when all of a sudden your screen fades to a grey pallor and everything stops. The Internet stops! Well not the actual Internet I suppose. Anyhow there then appears a little message to say (not responding). Yep, that’s the sum of the information you’re getting. Of course you know full well that your device is not responding because – big clue- it is not responding!! So why tell us? Surely a more helpful message would be to tell us why it’s not responding; wouldn’t that be a tad more informative? The final insult in this message is that it is in brackets- as if it doesn’t matter. Imagine if we did this in our jobs every so often. Just stopped working and held up a cardboard sign saying Not Responding. In brackets of course.

The other thing about (Not Responding) is the way it offers you hope by giving you a choice of options when in fact all those options result in the system shutting down. The funny one is that they tempt you with a possibility `Wait for the program to respond` which it never, ever will. So why even include it?
No Signal
Come on, this is 2015 and signals are everywhere and more. Yet there are still places where you can stroll in and all of a sudden there is No Signal. Why would that be? Perhaps the walls are too thick or made of some signal deflecting polymer composite? Or maybe someone’s just switched the signal off talking of which….
Please sign in to The Cloud
Now this is just so infuriating. You’ve been online for an hour then you walk into a certain pub chain and after a while the phone signal drops out and you’re invited to sign in to The Cloud. This sort of thing was quite commonplace a few years back but now there is no need for it. Another username, another password required is just one too many now. You know you can turn your phone off and do something more useful instead right?
“Unexpected item in bagging area” This annoys the bejeebers out of everyone but its most annoying aspect apart from the snooty voice is the whole bagging area thing. This has taken on even more importance since the 5p plastic bag charge came in which moved one national tabloid to declare chaos would ensure. So you swipe your item and put it in your bag but –oh no- you’re not allowed to do that. You have to put it in the baggage area. So you wearily comply whereupon Mrs Snoot declares there to be an “unexpected item in baggage area”. “But you just told me to put it there!” “Unexpected item in baggage area” “But….” “Call for assistance.” Amusingly in WH Smiths as people struggle to resolve the bagging conundrum the machine thanks them for using the fast lane which has just taken twice as long as being served by an assistant.
Skybox going into Standby Mode
Every so often your poor overworked Sky box appears to need a rest, bless it. So it randomly pops up a notice to declare it is going into Standby. At least it does offer the option to stop this occurring by pressing Backup but the real question is why it decides it wants to do it at all? In the middle of a programme you’re watching? Has it had enough of the programme? This function is especially annoying when it appears in the middle of