Janice Long: “Erm, thank you. He is slim. He is sexy. He's stunningly attractive, Boy George”

[26] Boy George: Sold. This is, as Simon Mayo says, a live edition and as always my first thought is to find out what little bonuses are stored on the master tape. There's not a huge amount at the start but what's there is nice. The picture rolls as the VT Clock hits four seconds, and we see Simon Mayo and Janice Long standing ready to introduce the programme. The audience applaud and Janice says, to someone off-screen, “strategically placed I notice.” What filth is this in TC3 at Television Centre?

Jaki Graham, Step Right Up, begins playing through the studio speakers, and the screen blanks out to a 10 second clock which will count down to the titles. It's clearly not 6.59 and 50 seconds yet because the clock holds on 10, and we hear Jaki Graham continue while Janice and Simon exchange some banter about the regional news programmes and continuity which lead into Top of the Pops. “Do we hear continuity?” Simon Mayo asks, apparently sincerely to someone, but the exchange is drowned out by laughter caused by an off microphone comment from Floor Manager Iain McLean. Simon is very concerned about the question of continuity, and asks again a couple of times, he must get an answer from someone off mike, because he then says, “it just begins,” in a slightly awed tone. This is of course his first live edition so he's probably got a touch of stage fright as he contemplates how the programme “just begins” and is beamed into millions of homes. Fortunately, the watching millions never got to hear the chorus of vigorous throat clearing which follows, I'm just glad Top of the Pops isn't being broadcast in NICAM Stereo yet. 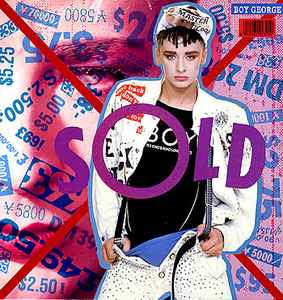 Sold is an odd song. Boy George delivers the lyrics in a strangulated spoken tone which sounds in places oddly like George Michael's rap bits in Young Guns (Go for It). The verses are quite moody, with talk about factories with the lights out and in contrast the chorus is jaunty with a call-and-response bit where Boy George chants “sold” and everyone repeats the word back. The downside, every time the backing singers chant “sold,” I expect the next line to be “always believe in your soul.”

At the end of the song, Janice Long refers to a forgotten piece of pop gossip about Boy George, “according to one of today's papers he is to be found, of a night time, running around the garden in his underpants.

[2] Judy Boucher: You Caught My Eye. This is one of those occasions when I don't have much to say (this whole paragraph is basically the equivalent of those songs where inspiration ran out three lines in, and the singer just goes “la la la” until it's time for the chorus). 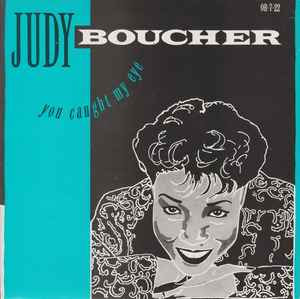 [13] Shakin' Stevens: A Little Boogie Woogie. Simon Mayo introduces the song and reveals that Shakey's backing singers are called Torso, a very Alan Partridge name. They do pretty much what they did last time, but live, and in different trousers.

[10] Boogie Box High: Jive Talkin'. On video. Janice is off. “I must go, I'm on Radio One in a minute. Make way...” and she disappears off into the crowd with a muffled, “see you then.” BBC Genome confirms Janice Long was indeed on Radio One, right after Bruno Brookes, at 7.30pm on this Thursday evening. How does that work then? Simon Mayo then refers to the mystery gripping the nation in July 1987. Did George Michael sing Jive Talkin'. “Is it him? Isn't it him? Who knows?” 35 years later I know. It was him. Finally, at the end of the tape Iain McLean does his normal “if you haven't set your record you've missed it,” routine and the audience file out to Lionel Richie's Dancing On The Ceiling. 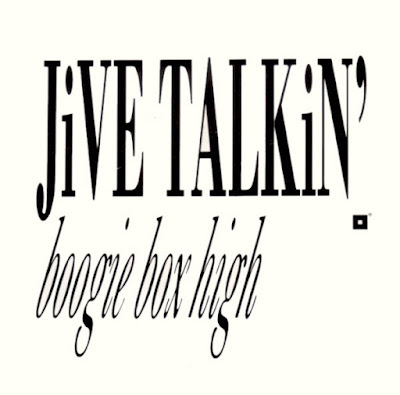 Performance of the week: Only three studio performances this week, with four videos and five Breakers, another one for the why-did-they-do-that-live file. Shakey's already been nominated so it's a straight 50/50 choice for Boy George or Judy Boucher. I wasn't much engaged by either of them if I'm honest, so choosing Judy Boucher, You Caught My Eye is probably a very backhanded compliment.

30/07/1987: Gary Davies: “Hi how ya doin'? Welcome to another Top of the Pops. I hope you're well. We have a very busy programme for you, in the studio Freddie McGregor, Marillion, but first we start with a band who later tonight will be supporting U2 in Glasgow. At number thirteen, Hue and Cry, Labour of Love.”

[13] Hue And Cry: Labour Of Love. It's odd. There no obvious difference between this performance and the one from 16/07/1987 -and yet this seems better. The audience are more rambunctious tonight, and maybe the band are picking up on that energy. Or, maybe lead singer Pat Kane has got better at playing to the camera. Or maybe it's the move to the main Top of the Pops stage where the band can spread out, and the crowd are more often in shot, and the lighting seems more effective (more live, for the want of a better word, unlike the pink wash used on 16/07/1987). Or, maybe it's entirely subjective on my part. Regardless, it's a great start to the show, and I really like Pat Kane's theatrical arms-spread-backwards bow at the end of the song. [9] Freddie McGregor: Just Don't Want To Be Lonely. Top of the Pops is using a new font on it's captions. It's a lot cleaner, and seems less obviously electronically generated. There's also been a technology upgrade because where previously the start of performance captions could manage three colours, black, white, and orange, they can now manage four! What a time to be alive. Yellow, blue, black, and white. All the colours of the rainbow; York, battle, battle, wins. That's how the rainbow mnemonic goes.

Reasons to love the internet #7602154. There's a website which tells me the fonts used on Top of the Pops. We've changed from Clarendon to Times New Roman (for the numbers) and Fututra Bold Condensed for all the letters.

The presentation has changed as well so the band name is ALL IN CAPITALS and the song titles is all in lower case. All song titles look like fragments of poetry by e.e. Cummings; labour of love, just don't want to be lonely, i heard a rumour, and so on.

[14] Bananarama: I Heard A Rumour. On video. “Three girls who unfortunately can't be here tonight 'cause they're getting ready for a wedding. Siobhan's getting married to Dave Stewart on Saturday. I hope it goes well.”

[22] Marillion: Sugar Mice. Fish has apparently come dressed in a suit made out of a plastic picnic blanket.
Top 10 Charts.
[1] Los Lobos: La Bamba. On video.

[10] Beastie Boys: She's On It. On video. Gary forgets to tell us who's hosting next week. And.. what's this? Brian Whitehouse has gone rogue. The background to the closing credits has changed after mumble weeks. It's a different freeze frame from the opening titles. Michael Hurll will be... wait... Michael Hurll isn't credited this week, he was last credited (goes back and checks) two weeks ago on 16/07/1987. Has Michael Hurll been defenestrated?

Performance of the week: Hue And Cry, Labour Of Love.