Before getting started. A quick thank you to the two posters who commented under last week's write up. Billy Smart linked to his very useful list of The Roxy performances, which you can find here https://drunkennessofthingsbeingvarious.blogspot.com/2017/08/the-roxy-tyne-tees-itv-1987-88.html

mumu03 added, “Worth mentioning that although Bates was the host of the 2/7/87 edition, it was originally planned to be Janice Long, as mentioned by BBC Genome + the advance listings it pulls from Radio Times:

It's believed that she cancelled due to her pregnancy; her shows certainly become more sporadic from this point onward, with only four more to come before her final TOTP (4/8/88 - the live All About Eve miming cockup one)”.  I think we're all looking forwards to the All About Eve episode. Except possibly for the people who've already watched it on BBC4 who are remembering it with fondness. (John- Excuse me, what's with all this banter? I've always assumed the comments are spam!!)

Simon Bates: “Hi and welcome to Top of the Pops and with a little bit of luck we'll have some guests towards the end of the programme, and we have a new number one. Here's a band that hasn't been on the show for three years but they're storming back with When Smokey Sings. It's ABC.”

[11] ABC: When Smokey Sings. Dear Martin Fry. When you are not looking, your drummer occasionally puts his foot up on the drums. It looks untidy. I think you should have a word. Yours, etc. 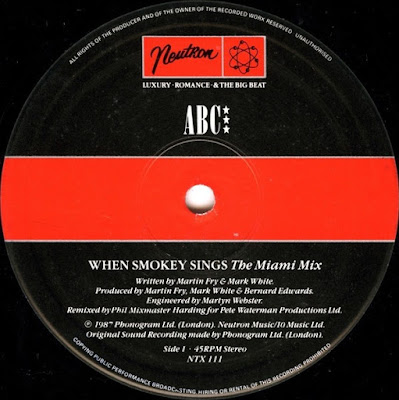 Dear Simon Bates. On tonight's Top of the Pops you said ABC haven't been on the show for three years but they were on two weeks ago. This was the only episode in the last month you didn't host. Do you not pay attention to the programme when you are not on it, or indeed when you are on it? Yours, etc.

Dear Brian Whitehouse. Two weeks ago you recorded an excellent performance with David Bowie. It was aces. Are you planning to use it on Top of the Pops and if not why not? Yours, etc.

[18] Broken English: Comin' On Strong. “Broken English, the band for the nineties!” is Simon Bates definitive judgement in his introduction. I feel mean pointing out a) with their odd Ghostbusters-lite look, the band is effectively three years out of date already, b) the band didn't make it out of 1987 let alone last another three years, and c) this was their only song to get into the Top 40.
Obviously the real question I'm asking here is, why this? Why Broken English? And the answer is of course; blah, blah, blah. I appreciate there's only 30 minutes each week, and plenty of songs which could be featured but the lowest this episode dips down the charts is [26]. I'm baffled by Top of the Pops not using the Bowie performance of Time Will Crawl but I'll stop going on about it after this week because the song peaks at [33] and disappears out of the Top 40. Gone too soon. 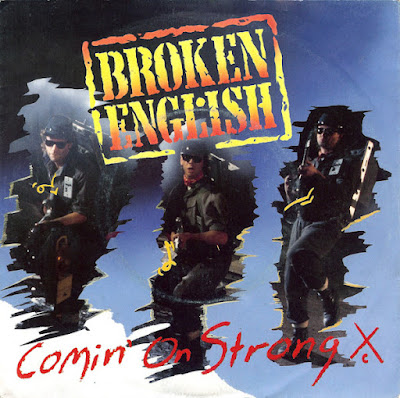 Start the show with David Bowie, put ABC in the Broken English slot just before the Top 10, and if you must have Broken English on the show then ditch Curiosity Killed The Cat, and if Michael Hurll insists on you using the Montreux footage (presumably while saying hurtful things like “you'll never work in television again,”) then stick it on at the end in place of Simple Minds. Simple.

Top 10 Charts. “Some special guests who've just arrived before a concert at Wembley,” burbles Bates bigging up the mystery guests he mentioned at the start of the show.

Simon Bates is not as coy as Peter Powell. He manfully gives George Michael's [8] song it's full title. “I Want Your Sex,” he announces and now I have to live in a world where I associate Simon Bates and sex.

[1] Pet Shop Boys: It's A Sin. “They're live here in the studio,” says Simon Bates and yet the song starts so abruptly I could believe it was a repeat edited in from last week's edition. Compounding the confusion; Chris Lowe is wearing exactly the same trousers as last week, and Neil Tennant's chosen his big baggy coat again. Geoff Beech, on Lighting for the second week in a row, lights The Pet Shop Boys in similar red and purple shades to their performance last week, and once again he's stuck some rotating light poles behind the pair. I had to go back and double check to make sure Simon Bates wasn't flat out lying to me.

“This is the Number One song for the first time on Top of the Pops,” Bates continues gnomically. The Pet Shop Boys were on Top of the Pops last week Simon, surely you remember that? You were there. It's possible it's a poorly phrased dig at The Roxy, who used the Network chart, and that didn't record It's a Sin as the Number One song until 4 July. Two days after this episode aired. 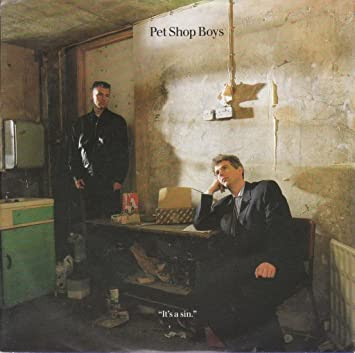 Then it's Simon Bates' big interview moment. Dreary old rockers Genesis. (John- Actually they were only in their mid thirties this year) It's a terrible mix of bog-standard pop-chat “how long's the tour been going on?” and the overly personal as Simon Bates talks to Mike Rutherford about his wife's pregnancy; which leads to a ghastly moment where Mike Rutherford and Phil Collins share a mutual “phwooar,” gesture. The only entertaining point is when Simon Bates addresses Rutherford and says, “you're pregnant again,” meaning we can add childbirth to the list of subjects he apparently knows nothing about. And now I have to live in a world where I associate Simon Bates and Phil Collins era Genesis with sex.

[18] Simple Minds: Promised You A Miracle. On video, Gary Davies hosts next week.