Reviewed by Chris Arsnby. Simon Bates: “OK. Welcome to Top of the Pops on a Thursday night. We've got some great music for you, some great videos. Terence Trent D'Arby, Pet Shop Boys, and Bruce Willis later on.”

Peter Powell: “And for starters! Let's Dance! In the right style! With Chris Rea on the Pops!”

[18] Chris Rea: Let's Dance. Let's talk more about The Roxy. ITV's (or to be more exact Tyne Tees') rival to Top of the Pops using the Network Chart (for independent local radio stations and the NME) rather than Gallup, and broadcast on Tuesday each week. How nervous did it make Top of the Pops? Disappointingly not many episodes of The Roxy have made it online, but the first episode has and it's an interesting look at how the series wanted to sell itself.

The programme starts with a voice over from Alan “Fluff” Freeman: “OK pop-pickers. Here it is. At last. For all you music lovers. The Roxy. All right.” Is it a cliché, or a knowing spin on a cliché, or a deliberate use of a real cliché to show how cool the programme knows its audience is? I don't have time to peel that irony onion.

The title sequence isn't much cop. Nothing to worry Michael Hurll here. A lever flips in a control room and electricity flows down wires to illuminate a building; the Roxy, obviously, although this could be the titles for any Saturday morning kid's TV programme. The music's is equally generic, sounding pretty much like any contemporary television show, although you could equally argue this shows how quickly The Wizard has dated and by 1987 the Top of the Pops theme should sound more like Pump Up the Volume. 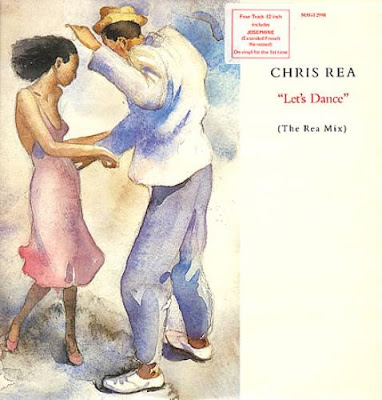 The programme launches straight into Erasure's Victim Of Love; first a dancer materialises on screen and the camera slowly pulls back to reveal Andy Bell and Vince Clarke standing at the entrance to what was The Roxy's old cinema studio interior. Another cut and the pair are now standing on stage, although the camera angles are carefully chosen to avoid showing too much of the interior. And then, at the start of the chorus, The Roxy logo flashes on screen and we suddenly cut to the cinema in all its glory, with the lights up and the place full of people who are all dancing. It's really well handled. This is a better performance of Victim Of Love than Top of the Pops managed, and it's strengths lie in the use of the audience and a really good selection of camera angles to build energy and a sense of place. Granted, this is the first show and they've pulled out all the stops but if you watch later performances they are often stronger than their Top of the Pops versions; check out ABC's When Smokey Sings or, oh god, Nothing's Gonna Stop Me Now by Sam Fox. 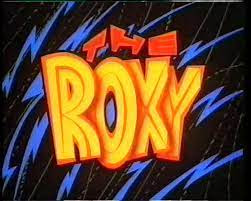 What The Roxy really exposes is the weakness caused by Top of the Pops' insistence on recording as much as possible as live and in one take. The punch of The Roxy's performances seems to come from doing more than one take (watch When Smokey Sings, there's no way the camera operators can vanish so quickly from stage, they seem to be doing two takes, one using long and medium shots, and the other for close ups) and more time in the edit.

With all that said, Let's Dance is a little more dynamic than normal and Director Brian Whitehouse is much less bothered about camera operators appearing in shot if it allows him to get a better selection of camera angles. The audience are more carefully arranged around the stage as well, and they are in the background of as many shots as possible. It really does feel like Top of the Pops is bothered by the existence of The Roxy and taking notes.

[3] Bruce Willis: Under The Boardwalk. “This, on VT, is Bruce Willis,” says Peter Powell. It's good of him to save me the effort of having to type “on video”. 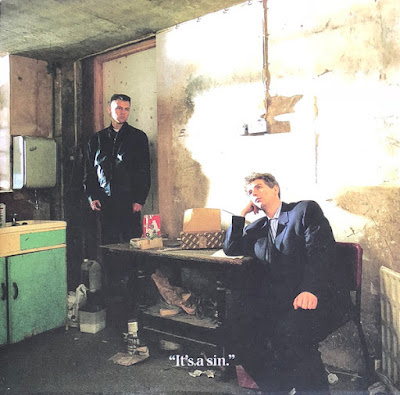 [5] Pet Shop Boys: It's A Sin. There's an unusual angle on Simon Bates to introduce the Pet Shop Boys. Normally the hosts stand on one of the stages with the scenery behind them, in this case Bates has been flipped 180 degrees so he's standing with his back to the audience and we can see the whole studio behind him. A creative director finding new ways to present old material, or someone who's watched The Roxy going, “we should have shots like that.” It looks great, although Simon Bates is slightly lit from below which casts odd shadows across his face.
Lighting this week is handled by Geoff Beech, a new name to me. Neil Tennant is backlit by one of the rotating light poles, and flashes of light catch the edges of his hair and produce an effect that sometimes looks like a halo (appropriate), and sometimes like lightning (also appropriate).
Top 40 Charts: David Bowie at [40] with Time Will Crawl. Time to use that performance recorded last week Mr Hurll?

Terence is back and the presentation of this second hit seems like an exercise in making sure everything looks as different as possible. His dancing is dialled back and he's dressed in black, with matching black hat and sunglasses; as if he's Greta Garbo in “I want to be alone,” mode.

[26] Cliff Richard: My Pretty One. A song with a title which sounds like it should be sung by Gollum to his precious. Simon Bates is on baffling form here. “Alan Tarney has a new song in the charts,” he announces. Alan Tarney! Well golly gosh! I must summon everyone to the front room to see the new song by Alan Tarney. Fetch the cat from the garden, and the budgie from the kitchen as well. All must experience this moment.

Who Alan Tarney is, and his connection to Cliff Richard is left unexplained by Simon Bates. I have to go to Wikipedia to learn he is an English song writer, record producer and bass guitarist. He wrote all Cliff's memorable songs; Living in Harmony, Hey Mr. Dream Maker, and Green Light.
Top 10 Charts. Peter Powell is coy. “I Want...” is how he names George Michael's song.

[1] The Firm: Star Trekkin'. On video. “A video which shows you what the Top of the Pops production crew looks like,” says Simon Bates. “I hope it goes on, and on, and on!” lies Peter Powell.
[7] John Farnham: You're The Voice. More footage from Montreux. Simon Bates again next week. For some reason.

Performance of the week:  Chris Rea, Let's Dance. It's not just about the song, if it was It's A Sin would walk it. It's as much about how the song comes across on screen and the presentation of Let's Dance is much stronger.