[25] Status Quo: Rollin' Home. Mike Smith. “Good evening and welcome to Top of the Pops from Television Centre. Let's start with the highest new entry this week, Status Quo- Rollin' Home.” Status Quo's last studio appearance was when The Wanderer charted, 25/10/1984. What have they been up to in the meantime? The usual, splits, solo projects, and court cases. And a 1985 appearance at Live Aid, of course. The court case with original member Alan Lancaster was settled early in 1986, and the band are back with a new line-up and the same sound; dun-der-dun-der-dun-der-dun. "Everybody was coked-up and hating each other,” was how Francis Rossi described the mood at their 1984 Milton Keynes Bowl concert. Well, they're all good friends now. At the start of the instrumental Francis Rossi turns his back on the audience and makes a crank-it-up gesture to the band. He does something off camera which makes the guitarist (who isn't Francis Rossi or Rick Parfitt, and definitely isn't Alan Lancaster) and the keyboard player smile, and then Rossi whispers to Rick Parfitt and makes him break off and laugh. 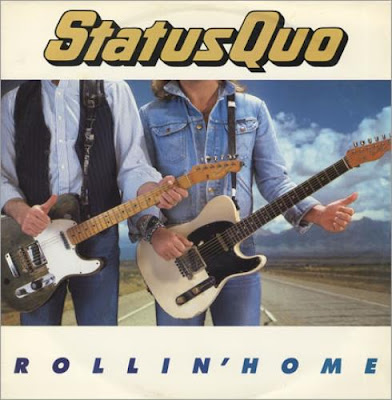 Simon Bates. “Good way to start. It's of course Status Quo and Rollin' Home. On Top of the Pops tonight we've got an award-winning video, plus a new Number One.”

Mike Smith. “And you've heard a lot about the Montreux Rock Festival that's been going on. Quo were there so were many others, it's coming up Spring Bank Holiday Weekend on BBC Television. This is how it looked when Level 42 went on stage on Sunday night at the casino in Montreux to perform their number three sound of this week, Lessons In Love.”

[3] Level 42: Lessons In Love. On video from Montreux. Mike Smith's wrong, you couldn't watch the festival on Spring Bank Holiday weekend. You'd have to wait until August when it was spread awkwardly over the BBC1 schedule with two Friday/Saturday early evening pairings on BBC1.

[16] Joyce Sims: All & All. Simon Bates resumes his role as Top of the Pops resident purveyor of inaccurate or garbled information when he introduces Joyce Sims as, “a lady who's over here from New York, it's her birthday today.” It's not her birthday. Her birthday is in August.

Top 40 Charts. Mike Smith is in a distracted mood. He's misses his cue through being more interested in something happening at the far end of the studio. Co-hosting with Simon Bates seems to have an odd effect on people; Richard Skinner, Janice Long, and Peter Powell have all previously fallen victim to his mesmeric spell. 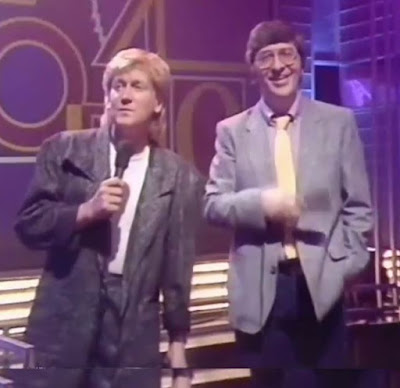 Meanwhile in the charts, Atlantic Starr [24] have finally had their missing R handed back to them. Trebles all round in the BBC Graphics Department. But wait. What the Letraset wielders giveth with one hand they taketh away with the other The B-52's [20] have lost their hypen!

[17] Doctor & The Medics: Spirit In The Sky. A terrific cover of Norman Greenbaum's hit. Unusually Top of the Pops misses a presentational trick. The band are all suitably glammed up and Simon Bates links the song to sixties flower power and psychedelia but Vision Mixer Heather Guilder opts for a fairly straight presentation. One of the camera operators gets it and supplies some nice dutch angles of the drummer, but this seems like an obvious and missed opportunity for trippy electronic effects and overlaying multiple camera shots. Maybe it didn't seem worth the effort for what was probably seen as just another 1986 novelty song. We'll see if this changes as Spirit In The Sky goes on up the charts. 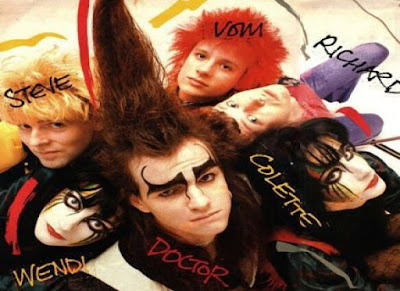 [1] Spitting Image, The Chicken Song. On video of course, how could they do live puppetry in the studio?

[13] Van Halen: Why Can’t This Be Love? Video and closing credits. Next week Peter Powell and Gary Davies.

Performance of the Week:  Doctor & The Medics, Spirit In The Sky.

[20] Jaki Graham: Set Me Free. Gary Davies. “Welcome to Top of the Pops. Here to start us off is Jaki Graham at number 20 and Set Me Free.” Peter Powell returns to Top of the Pops, for the first of five appearances in 1986, compared to 15 in 1985. He doesn't appear to have been up to much else according to BBC Genome; his weekend breakfast show; a trip to Denmark with Gary Davies and some Venture Scouts for a special Radio One Roadshow; and a Teddy Bears' Picnic with Mike Read at Longleat House on Whitsun Bank Holiday Monday. 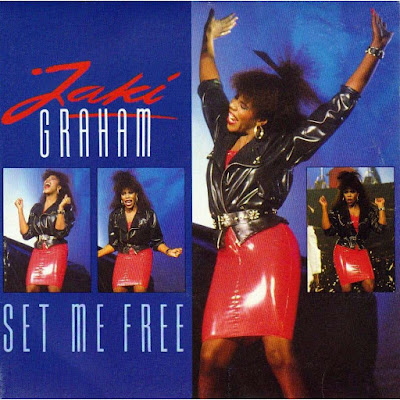 Peter Powell. “Jaki Graham and Set Me Free! Good evening, welcome to Top of the Pops! On the show tonight we've got Simply Red, we've got Billy Ocean!”

[13] Billy Ocean: There'll Be Sad Songs (To Make You Cry). Peter Powell works in a quick plug for the “I RAN THE WORLD” t-shirts he and a mystery lady are wearing (Gary Davies has one as well, but he's not on camera right now). These are to promote the first Sport Aid event on Sunday 25th May.

Billy Ocean returns to the studio and this gives an opportunity to compare the staging of his two performances. When he was here for the 08/05/1986 edition Lighting Director Clive Thomas illuminated him with warm yellows and oranges. This time he's lit cool blue by Henry Barber. On both occasions he is forced to stand ankle-deep in dry ice so I hope he brought some warm socks.

The audience are used less effectively second time around. They are clumped around the stage and the scaffolding bridges in the background are empty. Previously, the audience were positioned on the scenery bridges and seemed to stretch back into the darkness. The audience is probably the same size, but it seems smaller this week. Ian McLean is the Floor Manager for both performances, and it seems likely that the less effective use of the audience is an artistic decision because Michael Hurll wants to get big panning camera shots of the studio through the scenery, which wouldn't be possible with people standing in the way. 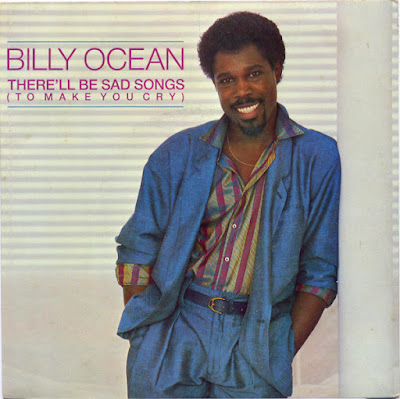 The result is lovely but bland sweeping shots of the studio. It's a reminder that the crowd contribute to the atmosphere of Top of the Pops as much as the bands, scenery, lighting, hosts, and so on and so on. It doesn't help that the audience are not engaged and there's an outbreak of waving at the studio monitors as people spot themselves on the telly.

[2] Patti LaBelle & Michael McDonald: On My Own. On video.
Top 40 Charts: Atlantic Starr retain their correct number of Rs. The punctuation nightmare known as The Force M.D.'s is rendered correctly but B-52's are still sans hyphen.

[19] Simply Red: Holding Back The Years. The audience are rapt and gaze adoringly at Mick Hucknall. There is no repeat of the mass waving at the camera, and it's clear that There'll Be Sad Songs (To Make You Cry) has been displaced as the final slow dance at the disco.

[1] Spitting Image: The Chicken Song. “They're here in the studio.” This was an unbelievably exciting moment in 1986 when I still had a fairly hazy idea about how television worked, and assumed that anything which wasn't a drama must be broadcast live. Now, as a jaded urban sophisticate, I can see exactly how this was shot. It looks like five, or six, cameras have all been moved to set positions and Vision Mixer Priscalla Hoadley does the hard work cutting between the different angles. It's simple but effective.

The Chicken Song is performed by those two wet gits, accompanied by Ronald Regan on drums and Margaret Thatcher on keyboard. Regan starts off playing the drums with a pair of Flintstones style legs of meat, and then moves on to using a rubber chicken (naturally), his head and a handgun. Margaret Thatcher also opts for the playing your instrument with your head method, and then flings things into the audience; the inevitable rubber chicken, an inflatable raft, and what I think is stuffed white cat. And then whatever diabolical fiend is operating Margaret Thatcher sticks out the puppet's tongue and twists it around. It's unbelievably disturbing to watch. It really is the stuff of nightmares.

Performance of the Week: Spitting Image: The Chicken Song