When your friends are in a band...

Subjectivity about music is one of the great things about discussions with friends. Whether it’s the crazy who’ll shout “Chooooooooooon” each time a dance banger is mentioned or dusty audio academics discussing the merits of obscure King Crimson tracks, we rarely hold back when it comes to expressing our opinions about music and of course we are always right. However what happens when friends of yours start to write music, record it and give you a copy. Or start playing live and want you to go. Do we then continue to maintain subjectivity in the same way we might normally? Course not! Instead we resort to obfuscation or vagueness unless of course your friend’s music really is amazing. And what are the chances of that happening? Besides do they expect unadulterated praise? Wouldn’t they prefer you to say, “You know what, Jez, it’s a crock of ##**!!” Actually they probably wouldn’t.


Imagine if your mate- we’ll call him Derek – told you he’d formed a band called Pigs of Doom and “you should hear it- we’re thrash jazz rap indie”. ‘Mazin, Del I’m sure. How long could you delay giving him a response to his songs? What excuses could you muster to explain why you’ve not listened to the songs he gave you three weeks ago? “Er, soz I had to go and buy lego in Harare”.  Or you could use that catch-all meaningless sitting on the fence verdict- “Interesting.” If you had to go and see them live you can bet they’ll be eager for a verdict and hope they don’t spot you in the audience yawning. If you are the audience that’s tricky. It does make you wonder though whether the people who form the bands really do think they’re amazing. Or do they secretly somehow know at the back of their minds that their destiny lies only in that place `Smash Hits` used to call the Dumper.


Besides it is difficult writing songs. I tried to do some lyrics once, not for a band, but for a novel in which one of the characters dabbled with rapping. Now if you knew me you’d know I am the least rap person there ever was (even worse than Timmy T!) and my attempt at rhymes and beats was so bad but I knew it. It was never included in the book. Yet artists who sing or otherwise perform at the low levels seem to carry on with no sense of quality control.
I suppose I’ve been lucky in that people I’ve known who’ve had bands those musical enterprises have been generally good and oddly none of them seemed to like drummers. Which is a shame because a good drummer can make or break a band when it comes to live gigs. So, in the hope that nobody involved will get to read the below, lets take a look at my mates’ bands over the years…..


There was Nylon, a synth based outfit in debt to OMD and others of that ilk. This was a time when it was Ok for floppy fringed youths to stand behind keyboards with the serious expressions of scientists and a tendency to write about emotions as machinery or something. Nylon never did make a record of any sort but had they done so it would have had an abstract picture of an iron on the cover, probably. Their main songwriter loved that OMD song about a phone box. I saw them play in a church hall once, which is where bands play when they are still at school but it was hardly the abandoned warehouse chic favoured by OMD. 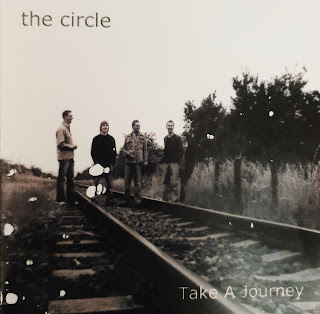 There was Absaloot who were kind of indie, janglyish (ok I’ve forgotten what they were like I admit). We had to go to a pub in the more dangerous part of town to watch them play. They had a cassette I think in the days when people released things on cassettes. I don’t seem to have it any more which I hope is more due to my inability to keep things rather than my reaction to their music. Mind you, Absaloot once mistook my support for a willingness to man the mixing board without any such experience! Needless to say I didn’t. Maybe this is why I ended up losing the cassette!


There was the circle (note deliberate lower case) who I saw once on account of the fact I only knew one member and he persuaded me to travel to Chester to see them. Then the others went and threw my mate out of their band (no, he wasn’t the drummer!). I’ve still got their EP `Take A Journey` from 2002 so lets give them a listen after all this time.   `All The Sounds` starts with sirens and Oasis style backing vocals. The singer seems to imagine he’s in Judas Priest. The drummer does those baggy indie drums everyone did. `The Best of Us` is more laid back, the sort of song a band plays about six songs into a live gig. “This is a slow one…” `Seven Days` almost completely loses the vocals with overmixed drums till it breaks out and singer is back in metal mode.  `Goodbye` is yet another one that starts acoustically and heads off in mid tempo. It strikes me this was about ten years out of date musically and they might have gained more traction had they been around in 1992. Overall it seems to lack any distinctive features. 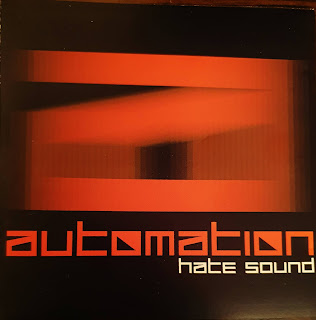 Then there was Automation whose influences were more likely to please; Roxy, Bowie etc. In a controversial move they later renamed themselves Sex Education. I probably saw Automation live more times than many other bands and as I recall there was a frisson about them that they might make it bigger. They had trouble with drummers though. Who doesn’t? They did release an EP which I have and which was launched at the FACT cinema in the city centre in 2004. I’ve not heard the trio of songs on it for a long time and I have to be careful what I write as I still know the main songwriter. The first thing that strikes you is the strong production and the intensity of the songs plus the echoey vocals. There is real intent and ambition here unlike the circle. You can hear the influences but guitars add character to the electronic background.


In the end all the above bands went the same way as 99.999% of all bands into the musical graveyard where they are either curators of their own misfortune or never speak of it to anyone. I love music but back then I never quite understood what drove them and countless others to trudge on in the face of apathy from the general public. Nowadays as a self- published author whose books do not sell many copies despite the enormous effort I put into them I think I can understand it. If you’re driven to create something- music, stories, sculptures, pasta shoes, whatever- you just have to do it.  I don’t even think they wanted to become megastars just to make a living from something they created. Or maybe just for people to say they enjoyed it. We all want to be loved after all, right?