Unusual Sunday kids TV serial from 1983 remains elusive- but you can read the book.
Before the National Lottery was invented there were the Football Pools (actually I think they’re still going). This was a palaver that involved densely printed forms listing all the scheduled football matches across four Divisions and Scotland from which you’d select about 12 and predict which would be a score draw or something. Anyway some people used to take this very, very seriously studying form and previous matches whereas others would randomly put crosses in squares knowing next to nothing about football. Either approach was as likely to win you a cash prize. Pools entrants would then sit glued to the football results as they came in on the `teleprinter` to see if they’d scooped a fortune. Writer Gerard McDonald used the Pools as the basis for a book later adapted into a 10 part Sunday afternoon tv series shown in 1983 whose title explains exactly what it was about- The Boy Who Won The Pools. In this case 16 year old Rodney Baverstock was the lucky recipient of £758,000 (and 27p) courtesy of his Aunt. As money is now something like three and a bit more times the value it was in 1983 this would be like winning about two and a quarter million now.

Being the age he was Rodney spent most of this money on a mansion, a red Ferrari and a tiger. He also bankrolled his friend Sami who was a soul singer trying to launch her career. The large house was occupied by a group of hangers on including his girlfriend, a gardener and a naturist chauffeur called Claudine. The ten episode serial was directed by Christopher King and Roger Tucker who each shot five. Gerard Mcdonald who also wrote Campaign and The All amusement electric arcade in the 80s penned all ten episodes. The series was shot in Southampton even though it is set in London and has theme and incidental music penned and performed by Dennis Bovell.
Unfortunately this is one of those programmes that was never released commercially nor are any episodes available online anywhere. There is some story that a lot of these old kids series that people want to see are locked in a vault somewhere subject to awkward legal wrangles.  So for the plot I have to turn to the novelisation which presumably follows the series in most instances. 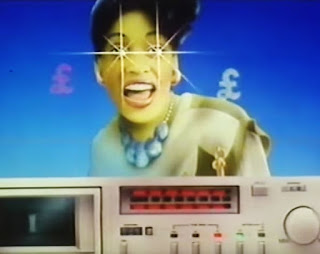 It is an odd sort of book really penned by McDonald with the minimum of frippery yet within his concise style there are vivid characters he seems to bring to life effortlessly. The first page itself is a perfect example of the style and tone of the book covering a copy of Playboy that turns out to belong to Rodney’s Dad, the main character’s pedantic way of dealing with adults and it even drops in a mention of his Pools win “but at half past ten he didn’t know this.” By the foot of the page you feel like you know the three characters already.
As the story progresses it is clear McDonald is not especially interested in the sort of detail that would inevitably happen in real life so the money is soon in the bank and Rodney withdraws it in big wads of bank notes. Major plot developments fall into place easily and any problems are spun out into sequences that contain elements of farce. Early on these include a scene where Rodney is hogging a phone box while a growing queue outside take measures to try and eject him. There’s a white knuckle car ride and, best of all, a spirit soaked `interview` he undertakes with Claudine a Swiss girl he hires a driver for the sports car he buys. Liz, who is Rodney’s sort of girlfriend, tags along with this though it will take us to nearly the end of the book to find out what she’s thinking.
Its interesting to read this book right now as it does contain some eyebrow raising phonetic dialogue from both Swiss and also black characters. It may well be these are accurate but they sit uneasily. Then again it also demonstrates the book’s attempts to locate itself in a sort of urban heightened reality. Plus all of the main characters are notably eccentric in one way or another except Rodney himself. Though the book is not written from any particular point of view, it does give Rodney a very mature perspective at times for a sixteen year old. 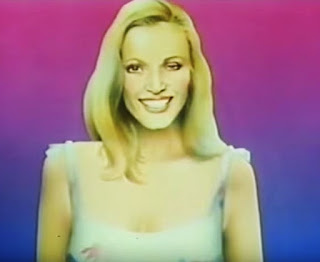 Once he’s got his money, Rodney sets about spending it- he buys a red Ferrari and hires the aforementioned Claudine to drive it (her only qualification it seems is that she wears very few clothes!). She then seems to bring two other characters into his life- a `gardener` called Prince Charming and a singer called Sami Tate ("rhymes with great"). Along with Liz and Rodney’s mate Thornton (who behaves like a machine) they all end up in the large mansion Rodney buys from a couple of dotty sisters.  An amusing touch is that he chooses the place because of it’s proximity to Arsenal’s football ground. I found the Thornton character surplus to the story really, his bizarre behaviour presented without any explanation.
The story develops well with a calamitous dinner for Rodney’s parents, the purchase of a tiger from a circus for £700 and the continued appearance of a goose to create more chaos. There’s also an amusing sub plot about Rodney’s posh neighbours who resent his use of a cut through- which he discovers is actually a public right of way- and to make his point Rodney and his friends hire people to walk through it!
It is all going swimmingly until Rodney has a recording studio built at a cost of £5,000 and a video company all to assist Sami’s nascent recording career. At this point I feel the story gets somewhat side-tracked with the other characters playing less of a central role and at times even Rodney feels like he’s being pushed out of his own story. After skipping over other potentially interesting details earlier on, MacDonald decides to give us far more information about the mechanics and development of Sami’s career than we probably need.  Her first single is a hit then the second one flops and she’s dropped by the record company, then a bigger corporation picks her up and she becomes a global superstar. However the book is not called The Girl Who Topped the Charts and other aspects of the story are shoved aside. There are still some fun moments but the story has become about Sami and not Rodney. I was wondering too how all this worked on a kids tv drama budget back then. 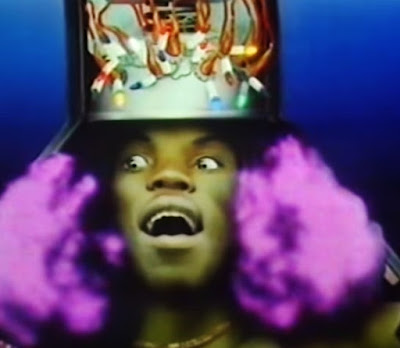 The novel does come with a couple of good twists at the end which redeem the narrative somewhat and finally offer some insight into the Rodney / Liz relationship as well as developments for Aunt Adelaide. Overall though I enjoyed the first half of the book much more than the second. For the series, the cast is led by Michael Waterman as Rodney, Vivienne McKone plays Sami, Roy Alexander is Prince Charming with Sylvia Sachs as Claudine, Lloyd Peters as Thornton and Lucy Ashton as Liz. There are also roles for Don Henderson as Rodney’s Dad and Kathleen Moffatt as Aunt Adelaide.
Of course it is altogether possible the series itself was slightly different in tone but all that survives in the public realm is the title sequence which has a cartoonish representation of the characters and odd voices. You can see the first 10 seconds of episode 6 in which Sami walks into Rodney’s room and puts a cassette in the recorder. Sami’s songs were released as a real EP headed up by the track `One In A Million`, a reggae song penned by Dennis Bovell and John Harper with lyrics actually by Gerard McDonald and Vivienne McKone singing.
The book ends on a note that suggests a sequel could be in the offing but one did not appear and the TV series itself was never repeated.  After a few supporting roles Michael Waterman moved on from acting to become a fashion designer and these days his company Love Rocks designs “fun, fashionable jewellery that makes women look and feel great,” according to the Love Rocks website which describes a design style reminiscent of the 1920s with a modern twist. He previously founded the fashion label Mikey in 1990. 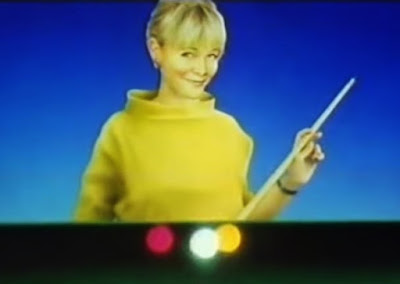 Vivienne McKone was chosen for the role of Sami as she was already a singer having been a child performer and an alumni of the Royal Ballet. She played Velma in Alan Parker’s Bugsy Malone and released an album produced by Stuart Levine in 1992 which was reissued in 2012 It is available on Amazon in all formats. She’s continued her music career and you can find several of her promotional videos online. At Manchester University in the mid 70s Lloyd Peters, who played Thornton, had been the founder of the Twentieth Century Coyote comedy improvising group that included future Young Ones Rik Mayall and Ade Edmundson. He stayed in touch with Mayall and they worked together on subsequent occasions, the last time being a Radio 4 adaptation of Peters’ play A Higher Education.  He has continued an acting and writing career working with the likes of Mike Leigh, Alan Bleasdale, Ken Russell, Michael Wearing and Philip Saville. He has also been a Senior Lecturer at the University of Salford since 1992.
The Boy Who Won The Pools, whatever its weaknesses as a story, does sound like it could be an interesting series so perhaps it will turn up somewhere….