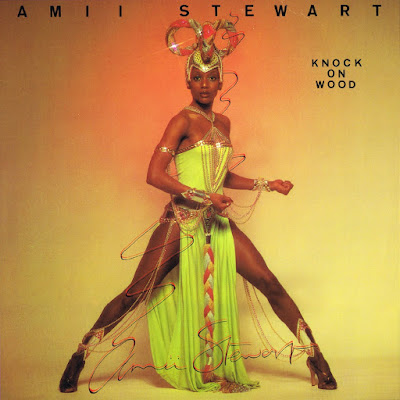 [19] Huey Lewis & The News: The Power Of Love. On video, it's time for our weekly visit to footage from The Montreux Rock Festival.

[26] Maria Vidal: Body Rock. Maria Vidal has unwisely paired a bright yellow, and black-speckled dress, with hard purple gloves. The gloves have a hypnotic quality and it's difficult not to stare at them. They are very shiny, and the studio lights give them a plastic appearance. It looks as if Maria has come to Top of the Pops wearing PPE, which is probably wise when you consider that Steve Wright is allowed to roam free in the studio breathing on everything. Under the circumstances I'd probably want a pair of Nytraguard Bluple Powder-Free Nitrile Gloves as well. 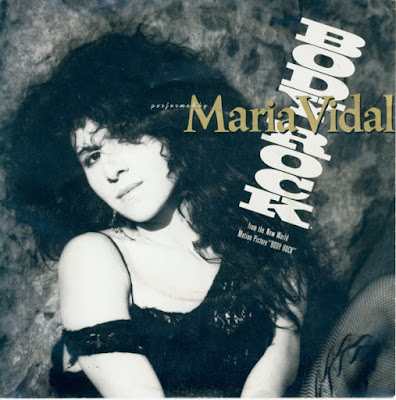 Top 40: A ripple of excitement at seeing Colonel Abrams at number 34. Could this be a military two-step version of the Smurf Song? Sadly not.

[13] Marillion: Lavender. Fish has a sore throat [WITTY JOKE ABOUT FISHERMAN'S FRIEND GOES HERE]. The Marillion tour has been cancelled, but the band can appear on Top of the Pops. This seems like a swizz if you're one of the unlucky ticket holders. Either Fish is well enough to work or not, which is it? Actually the result is something of a compromise. Fish is clearly miming, but he's also written out the lyrics on sheets of A2 paper. This is clearly meant to be an audience participation bit. Fish points at the lyrics and makes frequent “join in” gestures to the audience; they don't. It all goes wrong on sheet three, when a short sharp tug fails to separate the page from the pad and, in his Sudafed crazed state, Fish nearly drops it. What happens to the discarded pieces of paper? Does a Marillion fan somewhere still have a room papered with the hand-written lyrics to Lavender?

Top 10: [10] Mai Tai, Body & Soul. I'm surprised this performance passed the photosensitive epilepsy testing process. Mai Tai dance in front of a series of light poles which rotate at different speeds. The resultant stroboscopic nightmare makes it look as if Mai Tai are performing in front of a lighthouse during a thunderstorm.

[1] David Bowie & Mick Jagger: Dancing In The Street. Time to admire the way Mick Jagger attempts to pull focus from David Bowie on the line “it's an invitation/across the nation,” by bending down, picking up a can, and taking a big swig while Bowie sings. It's the equivalent of an actor with no lines fiddling with props in the background to make sure that the audience continue to pay attention to them. 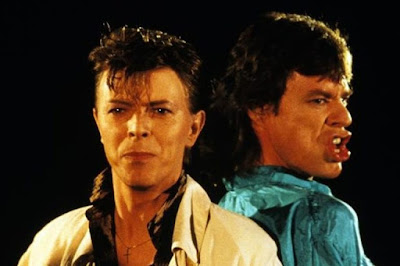 [31] Bananarama, Do Not Disturb. Steve Wight is oddly distracted during the closing links. He leaves a seconds long pause after Mike Read names Simon Bates and Peter Powell as next week's hosts,and then says “should be a gas,” with all the dead enthusiasm of a man reading an unexpectedly large credit card bill. Mike Read seems to find it hilarious. Maybe Peter Powell had flatulence?

Performance of the week: Two contenders this week. Amii Stewart is very good, but she's beaten by Marillion, Lavender.

*unless NO-LABEL is actually the name of a company. A quick Google search does turn up a label with that name who specialise in Punk, Brutal Death, Death Metal, and Grindcore. Is it possible That Loving Feeling was a major change of direction for Amii which was spurned by the record buying public in 1985?