Reviewed by Chris Arnsby.Janice Long & John Peel: “Hi! It's Top of the Pops!” Janice Long: “Have we got a show for you?” John Peel: “Have we got a show for you?” Janice Long: “And it is live!” John Peel: “And it is live!” Janice Long: “And they are The Conway Brothers!” John Peel:”Which one's Russ?”
[18] The Conway Brothers: Turn It Up. Top of the Pops used Turn It Up as the backing track for the host introductions on the 27/06/1985 edition. The mix of disco pew-pew effects and frantic Rawk guitar was irritating, until the introduction to Ben (a charity single raising money for seriously ill children) at which point it veered into inappropriate but that was an out of context clip. The high concept of the song appears to be a parade of people (neighbour knocking on door, old lady, etc) who you'd normally associate with asking for a record to turned down, instead (and this is the clever bit) asking for the music to be turned up. Except the stream of inspiration ran dry after neighbour and old lady, and that's your lot. Let's repeat the chorus until the end of the single. 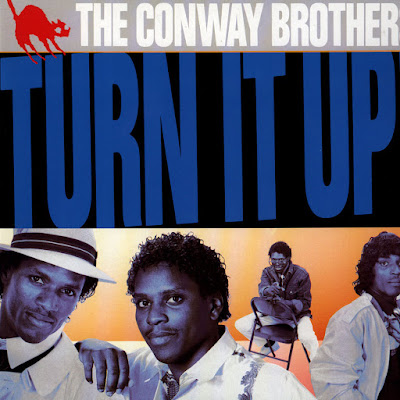 Could I also suggest, man trying to get to sleep (“It's 2.30am, would you please turn it up”); fusty librarian (“Who has brought music into the library? Turn it up”); snobby couple (“My husband and I normally only listen to Bach. Turn it up”); astronaut (“I heard your song on Pluto! Turn it up”); and Christmas Elf (“Santa sent me from the north pole to ask you to turn it up!” NB: Christmas Elf vocal should be speeded up to sound amusingly high-pitched).* Turn It Up didn't do well enough to justify recording a video (no way!). I'd like to pitch my version in which The Conway Brothers host a sexy party and play the parts of all the people asking for the music to be turned up. I've got a brilliant gag for the husband in the snobby couple. He is surprised at his wife asking for the song to be turned up and his monocle falls into his Martini glass. This video is still a work in progress so I'm not sure yet how to work in the fusty librarian. Maybe The Conway Brothers could lead a party conga line through other buildings?


[10] Eurythmics : There Must Be An Angel (Playing With My Heart) . Janice Long stands by the neon Top of the Pops logo to introduce Eurythmics, behind where The Conway Brothers are performing. This is a live edition so the hosts can't nip around the studio in recording breaks and it turns out Janice Long has been on stage dancing to The Conway Brothers all the time. John Peel has fled. Annie Lennox and Dave Stewart are joined on stage by a guitarist and while Annie Lennox stands, Dave Stewart and the guitarist are seated in high chairs. I worry about the guitarist, he looks cramped and uncomfortable. He has to rest his guitar on the arm of his chair, and is placed at an angle to the front of the stage so has to twist awkwardly to look at the audience. Dave Stewart has a spotlight shining right on the back of his head. It's not backlighting him. His head is just blocking the beam which looks like it's supposed to send a shaft of light across the stage. Has he moved his keyboard since camera rehearsals? 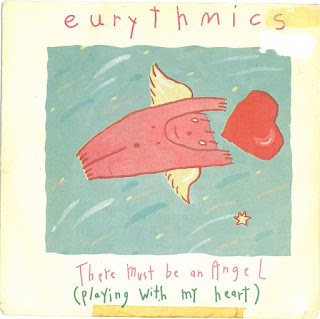 [15] Opus: Live Is Life . From the sublime to the turgid. Passage of time allowed me to forget Live Is Life but it all came flooding back the moment I heard that plodding rhythm and the “la-la-la” lyric. Janice Long and John Peel massively overplayed their introduction to tonight's show. It seemed like a parody of over the top DJs. Now I'm wondering if it's the laughter of those who know they are damned, like the guests at Prince Prospero's masque before the Red Death holds illimitable dominion over all. Fair play to Opus, their song is bad but the lead singer does an impressive kick when he boots a balloon across the stage. (John- The lyrics suggest some sort of self empowerment inspiring others- "When we all give the best, every minute of an hour...then you all get the power, you all get the best". Opus, mate, I keep saying this at work.)


[7] Denise LaSalle: My Toot Toot. My Ding-a-Ling: The Next Generation. Even now I'm not sure if Toot-Toot is slang for something to rude to mention on prime-time BBC1. (Fact John- Apparently it’s an old Cajun expression meaning something special) It's a breezy, fun, and energetic performance of a song whose catchiness is an inverse of its quality. The song's lyrics run out almost as quickly as those of Live Is Life.


My Toot-Toot is cued in a moment too late. The clip of Johnny Come Home ends, and Vision Mixer Heather Gilder cuts to Denise LaSalle. We see her looking, not exactly nervous, but it's not clearly not the image she wants to project as a performer and as the music starts and she is properly cued in you can see her expression change from Denise LaSalle person, to Denise LaSalle singer. In a pre-recorded show this tiny glimpse behind the curtain would have been edited out. In the recording of a live show it's on tape forever. 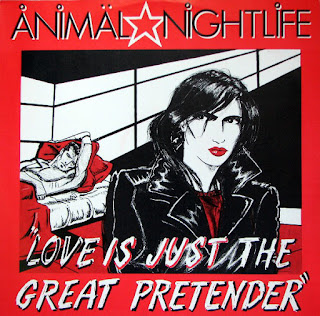 
* Zombie (“your song is loud enough to wake the dead. Turn it up”)