What has also changed in the past couple of decades is that there are now lots of different levels of celebrity and very few people are across them all.  It used to be the case that there were famous people and then there was everyone else and if a cross section of people had not heard of you then you weren’t famous. Simple really. Now with multiple platforms from which people can command attention you can find a vlogger with views of 16 million which is more people than watch any TV programme so in a way they are more popular than any TV star you might mention. Yet their audience is largely young so Mrs Putey from number 7 will have no clue who this person is. Equally those people will not have heard of someone whose celebrity peaked 20 years back but who still have a following.
So when there’s a list of celebs taking part in a show like I’m a Celebrity Get Me Out of Here, Celebrity Masterchef, Celebrity Big Brother etc there is always an outcry from various quarters yelling “How can you call Amber Goodchild a celebrity- all she does is make videos of dancing cakes!” Whereas others will think it is “sick” that Amber is on the show and they’ll vote for her rather than for ageing actor Edward Peppercorn whom they have never heard of but who used to be one of the small screen’s biggest stars.
As a society we are more interested in celebrity than ever before. Those who do not aspire towards it see themselves as moral judges of how celebrities behave. They demand the sort of rigorous lifestyle that they themselves may well fall short of but celebs must never, ever say a word, tweet or character out of place. 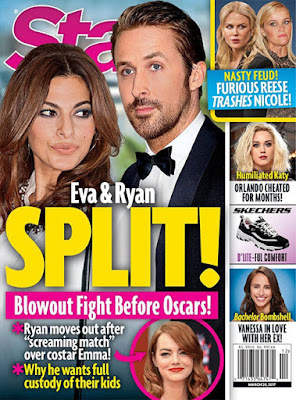 Course, it is logical that we demand standards from politicians and decision makers whose job is to shape our laws yet why do we demand them of soap stars or reality stars? Surely part of their particular appeal is that they are “just like us”? So why won’t we accept them behaving just like us? You might imagine that online culture and in particular social media would have lessened the impact of celebrity as it makes celebs less distant or other worldly. However it doesn’t seem to have done so. Do Tweeting celebs make them somehow more appealing?
Recently several younger celebrities have had old Tweets dug up from years back causing a backlash. All of us probably have things we did or said when young that we would never repeat now but the difference is that for anyone over about 30, these are lost in time, if they were made online they are not even if deleted by the user. As a society- and especially as an online community- we are now too ready to judge these old statements and then apply them to the now twentysomething person who made them years back. However most people change a lot in those 10 years from mid teens to mid 20s.
Also such unacceptable views and comments do not grow in a vacuum - they are overheard and some children grow up believing it is acceptable and may not even know the full implications of the words they are using.  Without going into detail I can remember in the 70s and 80s there were certain terms that would be deemed offensive now but which everyone used then; from kids to pensioners! Nowadays we have learned that they are wrong but these matters evolve over time. So I resent those holier than though types who moralise about old comments relating them to the present day and their own lives as if they are somehow perfect themselves.
One of the attributes once claimed about online fame was that it would be somehow different to regular fame and the appeal of reality shows was that the people in them were supposed to be easily identifiable to us. In the end though these people from relatively new celebrity areas end up converging down the same path as everyone else- books, tv shows, reality shows. There is no sign of our obsession with celebrity fading though despite all the setbacks and scandals that sink so many of them. Perhaps that’s because we know that as soon as one celebrity falls there will be someone else to take their place.
Posted by John Connors at 19:59