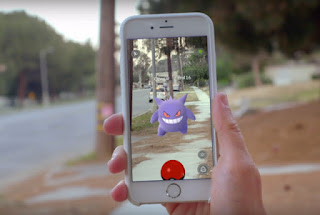 Someone reportedly gave up their job so they could spend their time catching Pokémon according to one website last week. I doubt if this is actually true but even so reflects the current Pokémania happening all over the world. Who would have thought that some oddly proportioned anime creatures based on real animals, birds and insects could cause such a commotion? Pokémon were originally created in 1985 by Satoshi Tajiri and are fictional creatures rounded up by human trainers to battle each other for sport. Yep, it’s a fun franchise whose origins appear to lie in the lineage that gave us bear baiting and dog fighting! There have been animated tv shows, trading cards, video games, comics and probably sponges over the years with a seemingly never ending flow of oddly monikered colourful creatures. In terms of video games, only Mario Bros has been more successful. Now there is Pokémon Go a game that has already taken the world by storm though given how unexpected 2016 has been so far this should not surprise anybody.


Pokémon Go which has been created by Nintendo and an independent company called Niantic and operates via a free app on phones and allows players to capture, battle, and train Pokémon on screens either in a generic background or sitting right in front of you in the real world. Or as the official website says: “Your smartphone will vibrate to let you know you’re near a Pokémon. Once you’ve encountered a Pokémon, take aim on your smartphone’s touch screen and throw a Poké Ball to catch it. Be careful when you try to catch it, or it might run away!”
You can even take a photo of the thing sitting in the park or wherever you are. Of course if you look away from your phone screen it won’t actually be there. If it is actually there then you should start to worry. Users have been so glued to their screens that a number of accidents have reportedly occurred when people engaged in Pokémon hunting and not looking where they were going end up somewhere they shouldn’t be; in one case even into a minefield! You get points for various parts of the game and you can rise to different levels and of course download other things that are not free. You can also pick up Pokémon eggs which you can incubate and hatch. Not much of a life for the Pokémon though is it? 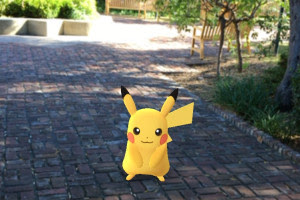 Its worldwide rollout has been hampered by crashing servers overwhelmed by demand and there are a lot of sites offering tips and cheats. For example  -and I have no idea what this sentence even means - but there is a fourth option outside of Charmander, Squirtle and Bulbasaur. To get Pikachu you have to walk away from the initial starters. There’s even a map been developed to show you all the locations of Pokémon at once which sort of saves just wandering about. The upside of all this activity is said to be encouraging exercise, the downside is that your phone battery is equally exercised and will run down very quickly so you may need a portable charger.
There are reportedly more than 150 Pokémon to be found and the rarest are Mew and Mewtwo, the 3 legendary birds (I’m sure I’ve seen them out on Saturday nights!) and the wonderfully named Ditto which is a sort of pink blob. In a burst of philosophical thinking, the makers declare that there is no rarest Pokémon as such; it all depends where you are.
Actually I just like the names which are really satisfying to say. Perhaps I’ve just invented the rudiments of Pokémon Speak. Weedle! Raticate! Wigglytuff! Snorlax! I think I’ve found the new Beatles! 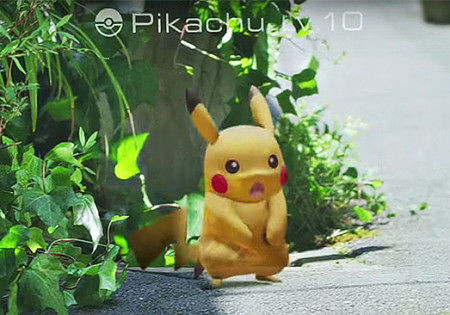