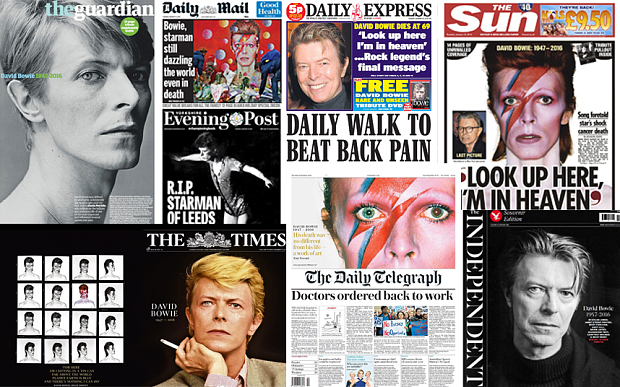 In the clamour to assess and decode Bowie has probably been afforded mythic capabilities to predict and create things with his less successful efforts already being airbrushed from history. Otherwise excellent career retrospectives did often make leaps from `Let’s Dance` to somewhat distant places; I read one account in which Bowie seemed to have had an earlier hiatus that lasted from 1983 to 2002! Such is the life of Bowie fans; few can stomach the entire catalogue though only the impatient would dismiss those non classic albums completely.
There have been some great and rare clips across our screens this week, stuff that we might have long forgotten. When put together you start to see just how wide Bowie’s musical palette was painted, just how astonishing those changes were. Most of the coverage, even from the tabloid end of the market, was also respectful perhaps helped by Tony Visconti’s carefully frank revelations as the week went on as to the nature of Bowie’s illness. What these did was to fill a void that would otherwise have soon become a place for speculation.
One intriguing aspect of the whole thing is something I’ve heard before relating to celebrity deaths. There are some people who can’t understand why everyone is getting upset about it. I can see where they are coming from; I remember when John Lennon died there was similarly blanket coverage across 1980’s much smaller, slower media and because he had never meant much to me I did think it was all going on a bit too long. Likewise this week I’m sure there are people thinking the same. Yet this sometimes comes across as an accusation that grieving fans should not be grieving, that this is reserved only for the family and friends of the person. This seems an odd conclusion to reach because shock and grief are things that just happen, nobody can say you shouldn’t experience them. Besides I would imagine that Bowie’s family would be touched by such a wave of support at this difficult time.
Much of the talk takes us back to `Blackstar` which a number of reviewers have revisited in the wake of Bowie’s death. Listened to in that context the album does take on a different quality though if Tony Visconti is correct it may not have been intended as Bowie’s very last album. According to the producer, the singer had been in touch shortly before he died expressing a wish to start another album. `Blackstar` does not detach its maker from the past as much as some of the reviews suggest. Rather it allows Bowie to both acknowledge his past while also surging forward and embracing a future. Ain’t that just like him. 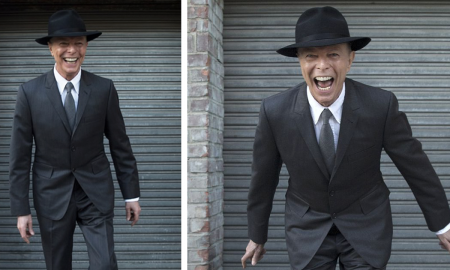