Reviewed by Chris Arnsby.
27/08/87
Gary Davies: “Hi, good evening. I hope you're well. We have a superb show for you tonight. In the studio we've got Wet Wet Wet, we've got Black, we've got T'Pau, we've got Rick Astley but first we start with a mega-band at number twenty three, Then Jerico, The Motive.

[23] THEN JERICO: the motive. A mega-band? I vaguely remember them. The song is pleasant enough but I spend most of the performance worrying why the guitar player has a jumper wrapped round his shoulders when he's already wearing a jumper? Also, shouldn't it be spelt “Jericho”? BBC camera operators can be spotted in action as the first chorus kicks in. There's a wide camera shot of the stage which slowly pans round from stage left to the front. At the extreme left of the picture there's a hand held camera operator in a blue shirt who dashes along the front of the stage to change position. His camera cable nearly gets snagged on the head of another operator who is there capturing profile shots of lead singer Mark Shaw.

“Their first appearance on Top of the Pops,” says Gary Davies, “but be sure it's not going to be their last.” He's right. Then Jeric(h)o will pop back eighteen months in the future to perform Big Arena on an edition hosted by Gary Davies and... Anthea Turner? Oh no. Stop the world I want to get off. 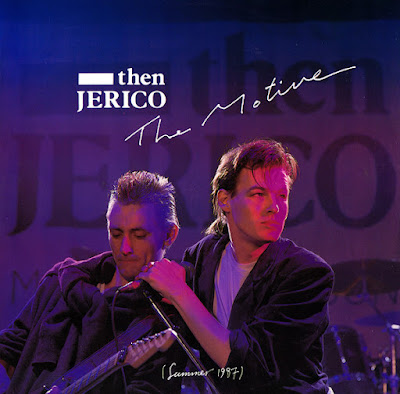 [2] PET SHOP BOYS WITH DUSTY SPRINGFIELD: what have i done to deserve this. On video. This is one I taped from the radio. (John- Not to overstate but this is one of the best singles ever!)

[6] WET WET WET: sweet little mystery. I feel well acquainted with this, having sat through three performances of this song on alternate weeks. Is there anything new to say? Not really. Ooh look. There's a small stuffed toy on stage in front of the drums. That's new. What is it? It might be some sort of toy otter, although from certain angles it looks like a Plush ET. It's unlikely to be everyone's favourite alien as it's grey, which is the wrong colour -unless someone made a cute, plush, dead ET variant?
Top 40 Charts.  As well as What Have I Done To Deserve This, this week's chart serves up a couple more songs I taped from the radio; T'Pau, Heart and Soul [28] and Fat Boys with Beach Boys, Wipe Out.

[18] BLACK: wonderful life. A quick turnaround for Black. The group were in the studio with Sweetest Smile six weeks ago and here they are again. Wonderful Life is a sneaky re-release off the back of the success of Sweetest Smile, which only got to [72] when first released in 1986.

[28] T'PAU: heart and soul. Here's another sneaky re-release. Gary Davies has the scoop, “now here's a song that was originally released in January in the country. Didn't become a hit but did go to number four in the states.” (John- I like the fact that Carol D is almost-rapping here but not quite) 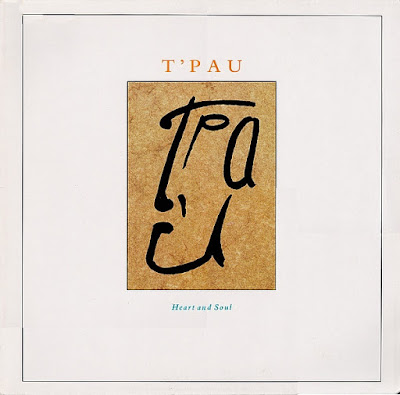 [1] RICK ASTLEY: never gonna give you up. Rick is on the same stage used by Black. Geoff Beech (on Lighting) pulls a very quick turnaround and changes the setup from the cool blue and purple he used to illuminate Wonderful Life to a much warmer orange and red. It's such a radical change I could believe this was a repeat or a previously recorded performance. It's only a sighting of the previously mentioned blue-shirted camera operator that confirms this is the same studio session.

[13] PRINCE & SHEENA EASTON: u got the look. On video. A live show next week, hosted by Mike Smith who hasn't been seen since 25/05/1987. The closing titles reveal more job title shenanigans. Brian Whitehouse is back as Producer & Director while Michael Hurll is back listed as Executive Producer. 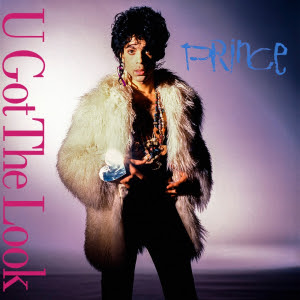 Mike Smith: [drowning out Iain] “... so please adjust your clothing now, we're going live on air, please put away everything that could offend the audience... including me, I'm going. [comedy Noel Edmonds-style squeaky voice] How long to go now Ian? I'm getting nervous.”

Mike Smith: “Woo and other excitable noises. We are live from Television Centre this evening, in the next half hour on Britain's! Top! Music! Show! We'll have Cliff Richard, Johnny Hates Jazz, The Housemartins, and Squer-weez!

What's going on with the theme tune? It sounds different. It's not easy to describe but it's clearly been remixed. It might have been pitched down to sound less squeaky and synthesised, and there's a drum beat/orchestral stab flourish to provide a more definite end.

Squeeze are back, having broken up in 1982, and then reformed in 1985 for a charity gig. Jools Holland is also back on keyboard, apparently he also rejoined in 1985. 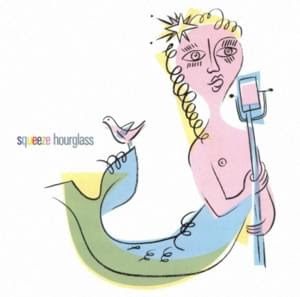 Meanwhile, Mike Smith doesn't do the usual cross studio dash. He introduces Top of the Pops from in front of the neon logo and he's still there at the end; you can catch occasional glimpses of him in the background bopping away to Squeeze.

[20] LEVERT: casanova. Are Levert live in studio? There's a cut from Mike Smith to the band which is accompanied by a Quantel transition effect; the presence of which makes me suspect it's there to cover the change from live programme to videotape. The programme does have previous for smuggling pre-recorded performances into the song two slot. There's also a difference in the studio atmosphere. It's one of those intangible things which (like the difference in the theme tune remix) are difficult to describe but the atmosphere is smokier and the lights are more colourful. Not to spoil the end of the show but the quality of the lighting is more like that on the Rick Astley repeat which is, obviously, also played in from tape.

Come on Iain, spill the beans. There's a crumpled fiver in it for you.
[27] THE HOUSEMARTINS: me and the farmer. Now Mike Smith dashes across the studio, he's up on one of the studio bridges to introduce The Housemartins. If my geography of the studio is correct (if) then he's right down the far end opposite the main stage with the neon logo.

Again, to harp on about studio lighting (this week presented by Derek Slee), the lighting for The Housemartins is much less colourful than it was for Levert. Derek Slee is using a lot more white light, which combined with hand held camera work gives the performance a more immediate feel. It works, it matches the energy of the song.

Top 40 Charts: Smitty runs back up to the main stage to muck around with Jools Holland's keyboard. He does a reasonable impression of the man, “hello everybody, Jools Holland here on Top of the Tube, and er time now for the charts of the week, here we go, yes.” The chart countdown is still using the old version of the theme.

M|A|R|R|S are a new entry at [35] and they've forgotten to supply a band photo; the silly sausages. Top of the Pops has to use a close up of the single cover instead. The caption generator can't do straight lines so it calls the band M·A·R·R·S· instead; adding in an unnecessary dot after the final S.

[15] CLIFF RICHARD: some people. Mike Smith is still on the main stage, bent over so the camera operator can get a shot of him looking upside down. “This is Top of the Pops live, you never know what's going to happen here,” he says and then, as if to prove himself right, just after the camera cuts to Cliff, Smitty can clearly be heard to say “go away,” to someone. Who? What? Why? Come on Iain McLean. I might be prepared to add another £1.80 on top of that crumpled fiver offer.

Cliff's already performed Some People on The Roxy, but at least on Top of the Pops he doesn't slip on the dry ice: https://www.youtube.com/watch?v=v6eCyr3JcLo

[30] THE CULT: wild flower. On video. A chance for everyone in the studio to catch their breath and reset. I know videos are an important part of the punctuation of live shows, but did they really have to choose this pile of dreary old bosh?

The charts are odd this week, once you eliminate everything going down or featured last week, or on this week, you are left with these songs; WASP, Scream Until You Like It [40]; Jonathan Butler, Lies [38]; M|A|R|R|S, Pump Up The Volume [35]; Depeche Mode, Never Let Me Down Again [22] and these songs which are all non-movers Whitney Houston, Didn't We Almost Have It All [14]; Wax, Bridge To Your Heart [12]; and Sinitta, Toy Boy [4]. Personally, I'd have gone for Jonathan Butler, M|A|R|R|S, Wax or Sinitta. Presumably The Cult was chosen because their pile of dreary old chaff at least sounds different to anything else played tonight and also because it hasn't been on The Roxy. 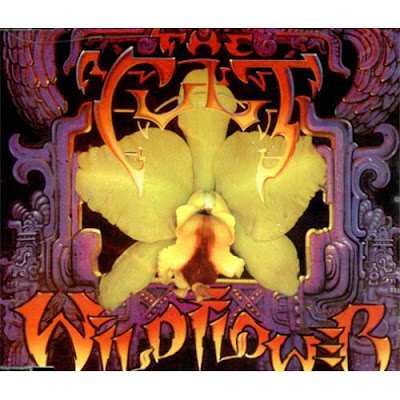 [3] FAT BOYS WITH THE BEACH BOYS: wipeout. Simon Bates and Peter Powell next week. The Fat Boys (and the Beach Boys) are on video, and the Beach Boys segment is recorded on a day in New York when the weather gets progressively worse. Look at the puddles and people walking around in the background holding umbrellas, and enjoy the shots of people wearing skimpy beachwear and pretending to have the time of their lives.

The Roxy Playlist (015/09/1987): Studio performances; ABC, The Night You Murdered Love; Chris Rea, Loving You Again; Levert, Casanova; The Housemartins, Me And The Farmer; Cliff Richard, Some People. Plus on video; Wax, Bridge to Your Heart; Rick Astley, Never Gonna Give You Up; Depeche Mode, Never Let Me Down Again.

Performance of the week:  The Housemartins, Me and the Farmer.