Somehow, I had not seen Avatar in the thirteen years since its release neither do I really know that much about it which is curious for such a popular movie. So just before the sequel is released Avatar is back in cinemas and so I finally got to see it this week. While the digital effects look more commonplace now than they would have done in 2009 this only serves to enhance the urgency of the story. An allegory for colonialism in the past and imperialism today as well as ecological issues the subject matter is unfortunately just as relevant if not more so in 2022 even though it is set two centuries from now. There is a righteous anger that permeates the movie especially after we spend an extended period exploring the world of Pandora. It’s a beautiful planet full of jaw droppingly exotic creatures yet also the source of a much sought-after mineral. Tasked with getting to know the native Na’vi in order to persuade them to move, paralysed marine Jake Sully (Sam Worthington) becomes an `avatar` inhabiting a full size genetically produced Na’vi which he controls while asleep in a tank. However, he is working to double agendas. While ostensibly helping a team led by Doctor Grace Augustine (Sigourney Weaver) to further the scientific knowledge of the planet, he’s also tasked with deadlines by the hawkish General Quaritch (Stephen Lang). Inevitably these priorities clash when Sully falls in love with the planet and with the Na’vi girl Netyri (Zoe Saldana) who shows him it’s wonders. In some ways its a sort of Cameron Greatest Hits with strange alien beings, robots, soldiers, the power of nature and a love story all dovetailing into a surprisingly fast paced narrative. Pandora is an amazing filmic world which seems to have taken some of its inspiration from those 70s Roger Dean album covers for bands like Yes especially when we see floating mountains (Dean did sue the filmmakers later though unsuccessfully). The flora and fauna are colourful and reminiscent of deep sea creatures at times. The action when it comes is as good as any James Cameron film and because we, too, have spent a lengthy time with these people we can really feel the shock as their sacred places are taken out by efficient missiles. Sully’s ultimate rallying call and counter to the military advance is a stunning piece of film making. It is remarkable how lifelike the Na’vi are with facial gestures and expressions rendered extremely well. In 3D on an IMAX screen Avatar looks awesome and though some may criticise the simplistic points it has to make they are always worth saying. 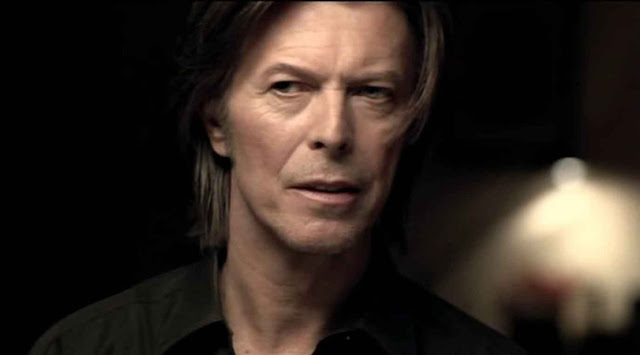 Best of Bowie is a collection of the singer’s promo videos which I recently watched as prep for seeing Moonage Daydream (and funnily enough enjoyed them more than the film!) .Of course it includes the very well -known ones but also ones you’ve probably forgotten especially from that Eighties period when he seemed to have lost his musical way. `Time Will Crawl` shows him being carried and hurled around like a roll of carpet in the rehearsal space for the infamous `Glass Spider` tour.  It’s a great showcase for the tour’s choreography, the only problem was that when the show played in stadiums nobody could see this detail. The video certainly shows the effort and skill that went into it. `I’m Afraid of Americans` is another nugget as Dave is pursued by a nervy looking Trent Reznor around New York. It’s a simple notion that captures the paranoia of the inner city well. Even simpler is `The Buddha of Suburbia` in which clips from the tv series of the same name are mixed with Bowie walking around South London (if the lyric is to be believed) in a long coat. The promo film that surprised me the most is also the one that looks, on casual viewing, like the simplest. For `Thursdays’ Child` Bowie acknowledges his age for the first time on video (those gymnastics from `Time Will Crawl` belied the fact he was about forty when it was made). Staring into a mirror with very little if any make up he is facing mortality and the passing of time, a theme that would play a greater part in his later career work. It’s a fantastic yet unsettling video. Elsewhere the classics are as vibrant as the day they were first released and it all makes you pine for the video jukebox! 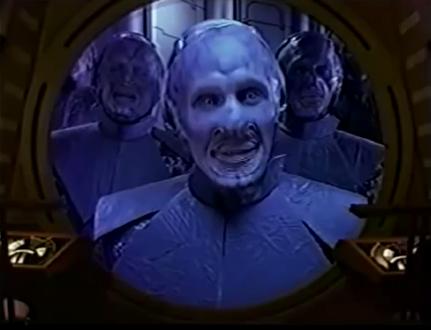 The Warlord (The Osiris Chronicles) is a 1998 curio of interest because it was directed (and co-produced) by Joe Dante at a time when cinema directors rarely stepped back into television. It was made around the same period as Small Soldiers so it’s a surprising detour. The intention was for the production to be a backdoor pilot for a series about a group of rebels trying to rebuild a fallen Galactic Empire you can see why it didn’t make that goal..
Almost every line of dialogue is an explanation about something so you end up with lots of scenes in which characters deliver exposition in an un-natural manner. If you’re going to introduce viewers to a new Universe telling them almost everything about it in part one is not going to leave much to discover later on. Had the action scenes been better then you might excuse the dialogue but if anything they are worse. In fact considering it was made in the late Nineties it has the patina and style of two decades earlier. The production cost $10m and aspires to be a Star Trek / Babylon 5/  Blake’s Seven hybrid yet it rather fails to catch the charm that those series displayed; in character and storyline it lacks anything like their interest or imagination.
On the positive side Joe Dante directs with a sure hand that does cover up some of the shortcomings while the main set for the ship is an interestingly shaped blend of wood and metal. The effects are variable though a transporter which folds space is impressive. The mysterious Engineers look scary at least until they start talking. John Corbet approaches his lead role as the main character with conviction while Rod Taylor is a surprising presence as an Admiral  but several other cast members are pitching at a different level. You can see potential here but in the end do you really care enough what happens to these people next? The answer then and now is No.