Given how majestic and serious a-ha’s music often seems it’s no surprise to discover it’s creators were serious young men back in the day and now over thirty five years later they are serious older men! It’s possible there were moments of unbridled joy during the band’s imperial period – there is definitely smiling and laughing in the old clips- but this interesting documentary suggests the trio have spent much of their career getting on each other’s nerves. That is when they’re not liking the band as a whole. 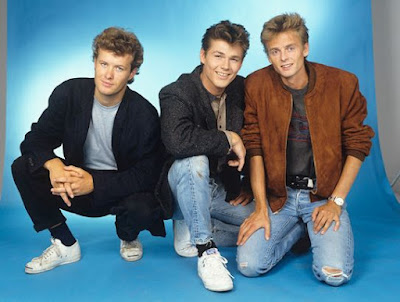 Thomas Robsahm’s film starts, delightfully, with animated reconstructions of the three’s childhood pre a-ha, a tribute to their best known video and you wonder where we’re headed. We learn that Norway has never before had an internationally famous music artist. While their story is well enough known there have been few public incidents to fill a documentary yet what we have instead is a portrait of three driven artists who bridle at each other’s interference yet have somehow managed to make eleven albums. Yet as each is discussed, inevitably with less detail as we progress, it seems the effort involved has strained their enthusiasm. Which is unexpected as their determination to succeed in their early days drives them to come to London with virtually nothing.

They talk, separately, about these things in abstract terms. Perhaps some of the meaning is lost in translation (only Paul is interviewed in English) which provides some oddly phrased similes but it’s all very passive-aggressive. At one point they split up, then four years on get back together. They split up again and, yep, after five years they are back, back BACK! Near the end the suggestion is that they won’t make any more albums yet next month they will be releasing a new one! It's as if they can’t live with a-ha but equally can’t live without it. Along the way we learn of Morten Harket’s perfectionism which means he’s never happy with his performances, Paul  Waaktaar- Savoy’s alleged controlling behaviour and Magne Furuholmen’s  frustration at being forced to play keyboards when he started as a guitarist. They appear to meet only just before a show or in the studio. It was not friendship that brought them together, they say, but music. 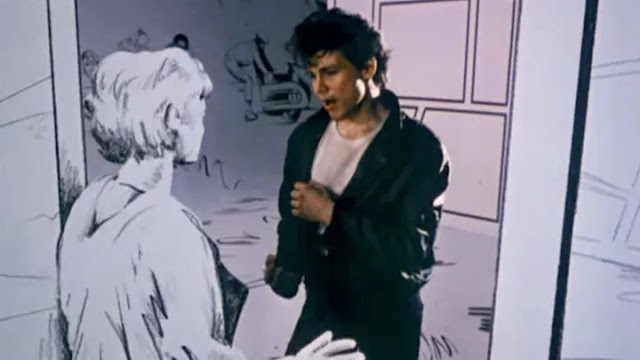 And what music it is. We sail through some of their material and every song, whether you know it or not, sounds so good you want to shout at them “Cheer up, you’ve bene brilliant”. Even their solo stuff sounds great. More attention is focused on their first two albums with some unexpectedly different early versions of `Take On Me` plus a little (though not enough) about its iconic video. We hear the story of how `Manhattan Skyline` really was two separate songs and ruined their career in the United States. From the start they talk of being pushed into an image they do not feel comfortable with, the other two happy for Morten to take the brunt of the spotlight. There are some snappy comments too on their James Bond theme and the problems of working with John Barry.

Thereafter, like a lot of music documentaries, the later career is skated over in favour at teasing out their differences. There’s no mention at all of where their lyrical ideas come from which seems a major omission. Also as film runs to a comparatively lean 109 minutes there was surely time for a little more footage especially as it is said they are still one of the greatest live bands around. We do discover though the debt some big names owe to a-ha – Coldplay, U2 amongst them – and it would have been interesting to hear from some of them. Oh, and the group don’t explain where they got their name from!

I suppose this is a familiar story that seems to affect all pop groups from whichever era and the fact that the trio put themselves through talking about the more difficult aspects of their career suggests the film was as much therapy for them as it is entertainment for us. While some may be disappointed to discover the creators of such skyscraping music are grouchy and self -absorbed it doesn’t change the grandeur of their canon. 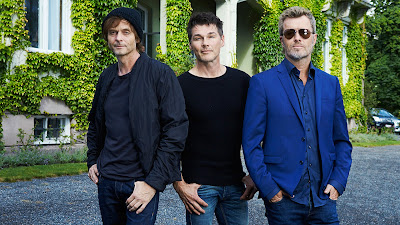