Reviewed by Chris Arnsby. Mike Smith: “Right. Good evening. Welcome to Television Centre, Top of the Pops. Spring time. We have something new for you. A new number one. New video for Peter Gabriel. And a new voice for Top of the Pops. Debut tonight for Terence Trent D'Arby.

[22] Terence Trent D'Arby: If You Let Me Stay. Hello Terence. Right, what's going on with your backing singers? The one on the left, wearing a vest, looks like he's auditioning for Grease, badly, and I'm worried the one on the right is about to sell me a second hand car; owned-by-a-little-old-lady-who-just-used-to-drive-it-to-church-once-a-week. It's been a while since I've seen such a sorry looking pair. Terence cuts loose his big dance move towards the end of the song, an impressive drop into the splits. Maybe this wasn't done in camera rehearsals because the moment is almost entirely lost on screen. The low angle camera shot from the studio floor gives the impression he's fallen into an unexpected sink hole, with the microphone stand following close behind. When Vision Mixer Hilary West cuts to a side angle for a better view, the shot wobbles down as if the Camera Operator is still reacting to a sudden instruction to grab a close up. 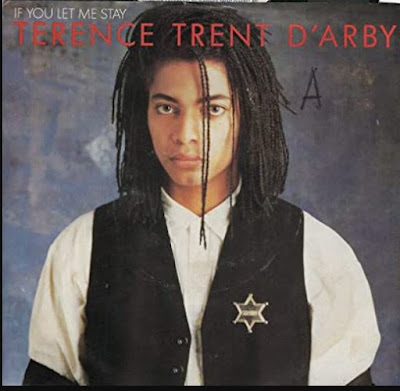 [4] U2: With Or Without You. On video. (John- It’s impossible to understate how huge U2 became in 1987, everyone was talking about them and The Joshua Tree album.)

[6] Alison Moyet: Weak In The Presence Of Beauty. Mike Smith gets a bit of studio audience participation going. There's probably a technical term for the move he does which involves leaning forwards and pointing down with his outstretched palm -but I don't know what it is. Which is why I've lumbered myself with such a long and convoluted paragraph.

When the trumpet bit starts, Alison Moyet's backing group all start grinning and looking at the guitarist wearing the white top. It's not clear what's happened because he's off camera. He's been swinging his guitar around and I wonder if he clonks the neck against the scenery at the edge of the stage. A couple of seconds later there's a right profile shot of Alison Moyet and over her shoulder the top of the scenery can be spotted and it's visibly wobbling. 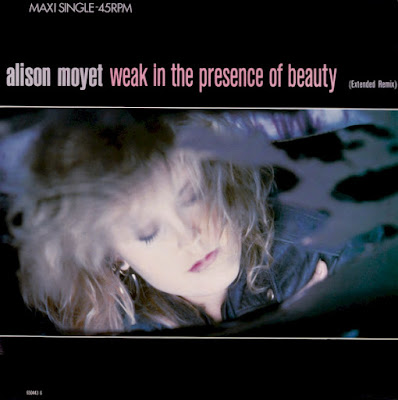 [9] Janet Jackson: Let's Wait Awhile. Surprisingly dull. Janet makes the effort to come into the Top of the Pops studio, which is nice of her, but someone has made the decision to seat her in a chair. Presumably the idea is to place the emphasis on her voice and the song, but the song isn't really interesting enough to support the concept. (John- Or she’s actually just waiting a while in the chair)

[15] Peter Gabriel: Big Time. On video. Peter Gabriel joins Paul Simon in wanting a video like the one for Sledgehammer, but without all the tiresome lying around on the floor while Aardman do stop motion animation around you. It's a good video. Not as good as Sledgehammer, obviously. Head-on-a-spring-Peter-Gabriel driving his car will haunt my dreams. 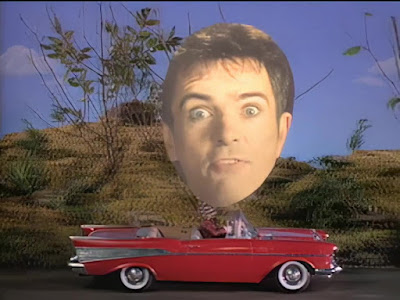 [16] Nick Kamen: Loving You Is Sweeter Than Ever. Last time on Top of the Pops for Nick Kamen. He continued to have chart success in Europe, and Madonna was a big fan so obviously she saw something in him that eludes me. Mike Smith introduces Nick Kamen with more synchronised pointing and a threat to the Top of the Pops audience that if they don't join in he'll, “bring back Pan's People.” Meanwhile, Nick's been given a tambourine but he can only be trusted to use it when he's not singing.

Top 10 Charts.
[1] Mel & Kim: Respectable. On video this week. The song sounds really odd. It took me ages to realise Michael Hurll has left the studio microphones turned on, so you can hear the audience clapping along and whooping over the video.
[24] Club Nouveau: Lean On Me. Gary Davies and Janice Long next week. “Eastenders coming up next,” Mike Smith reminds viewers. Or you could turn over to BBC2 and watch the last 10 minutes of International Pro-Celebrity Golf in which Tony Jacklin and Gary Player are joined by Howard Keel (who, according to the Radio Times, is most well known for Dallas) and Nigel Mansell. Eastenders it is.

Performance of the week: Terence Trent D'Arby: If You Let Me Stay.

Performance of the week for last week (which unexpectedly fell off the Word document):  Mel & Kim, Respectable