Midsomer Murders- Written in Blood , Death of a Hollow Man

Vintage Midsomer from the first Season!

It’s Midsomer’s cleaners you have to feel sorry for. I wonder if, during their job interview, they’re warned that at some point in their career they will inevitably discover the murdered corpse of one of their employers. The thing to do is scream at the top of their voice even though nobody else is in the house! In this second ever episode the battered body of Gerald Hadleigh is discovered by his unfortunate cleaner the morning after a somewhat tense writer’s group meeting. Hadleigh turns out to be someone who nobody really knew- even his fellow authors only met him once a month which seems a bit odd given how small the village of Midsomer Worthy is. Mind you most people seem to move about under cover of darkness. The mystery of not just who killed Hadleigh but who he was forms the spine of this storyline which suggests that writers are even crazier than their characters. 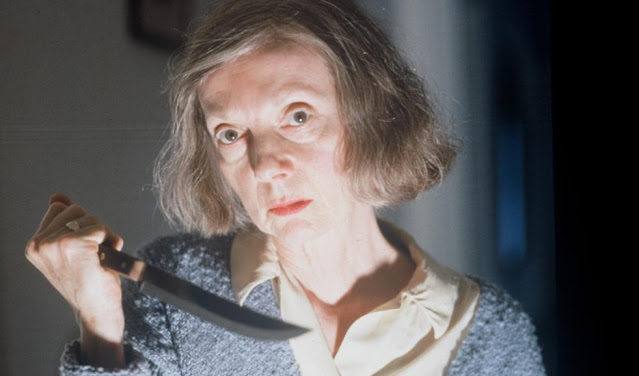 It’s a full blooded tale alright that opens with a flashback to a teenage boy shooting his father. It’s one of those openings you forget until late in the episode when it shifts into relevant perspective. We meet this writer’s circle who are given an unflattering -and therefore interesting- portraits courtesy of a cast who really get their teeth into matters. Yet when writer Max Jennings attends as a guest this seems to cause a very strange reaction. Just what is the personal connection between Jennings and Hadleigh- the latter seems terrified of this reunion and begs another member of the group not to be left alone with him.

As befits a story about writers each of the group is defined by their current work in progress. David Troughton’s Brian Clapper is an unfit fortysomething comprehensive teacher who tries to speak to the kids at what he perceives is their level. His drama groups session encourage a “coupe de theatre` which rebounds on him later in a big way. It’s one of Troughton’s juicy, shouty roles at which he excels while Clapper’s play is hilariously quoted early on and seems to mostly consist of the word “scum”. Though his story turns out to be on the periphery of the main case it’s constructed rather like a play where he gets his comeuppance at the end.

Joanna David is the somewhat meek Amy Lyddiard, penniless after her husband’s death and forced to share a gothic house with her sister in law Honoria played with all the wild eyed relish Anna Massey can command. Which is loads. She is always enormous value and plays to the hammy qualities of this melodramatic character to the extent that near the end she is chasing someone through the old house while brandishing a knife. Yes, a storm also starts outside for no real reason other than because it makes it seem more like a Hammer film, a trait accentuated when we peak inside the sealed bedroom and it becomes The Shining!

Hadleigh has a secret life and a secret past but the clues are well spaced even if they seem a little drawn out at times if you’ve seen it before. Robert Swann has this role though we don’t see a lot of the character, deliberately so. The cast is rounded out by John Sharpnel as the self absorbed Max Jennings plus a couple of great cameo roles from Una Stubbs as a drunk wife and Timothy Bateson as  wily solicitor.

Mind you Barnaby is not always quite the detective he may seem to be. A comic sub plot running throughout the episode sees him itching and scratching with some kind of allergic reaction but he never seems to realise that this might have something to do with the cat he and his wife are minding for daughter Cully! The viewer will have worked this out right away, the case itself definitely not!

Death of a Hollow Man

This episode opens with a flourish of religious music, an elderly lady looking up at a statue before an intruder kills her. It is not apparent for some time what link this has to a local theatre production of Amadeus. What we do enjoy though are the rivalries and falls outs between the players meaning that at times it feels like watching two productions together. I suppose your enjoyment partly depends on how absorbed you may be by the self- absorbedness of the amateur actors but this is a class cast who bring these characters alive.

Bernard Hepton is on top form as the delusional director Harold Winstanley who clearly believes he is the world’s greatest director as he name drops with glee while haranguing the hard working company. Equally fascinating is Nicholas Le Prevost as the equally self centred Essyln Carmichael who’s ex wife Rosa played with fiery relish by Sarah Badel is full of anger over the way the marriage ended. The woman murdered at the start is Esslyn’s cousin.  Winstanley also has a timid assistant called Dierdrie who is played with a series of nervous tics by Janine Duvitski. 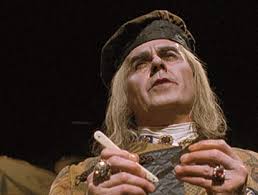 Unlike a lot of tv episodes set in a theatre, `Death of a Hollow Man` attempts to more fully immerse the fictional actor’s production into the narrative so much so that Peter Shaffer, the writer of Amadeus, gets a co-credit here. Its also a fairly convincing production with care taken to make it really look and feel like a play people would go and see. Yet we also witness the tension between the actors thanks to some well chosen directorial choices by Jeremy Silberston.

Being part of this theatre group is the first of many, many hobbies Joyce Barnaby will undertake over the coming years to the point where it began to look silly but this time it is properly weaved in. Her reaction of shock when she witnesses the key murder on stage is also something that wasn’t later repeated. Joyce must just have got hardened to all the violence!

Esslyn’s on stage death is dramatic enough but I’m not the only viewer who found the later explanation about the tape and razor blade a little unlikely especially as at every other moment of the episode Harold is in a world of his own. I just can’t see him being capable of such a calculated real life act even if the method would appeal to his melodramatic sense. Also the link at the end between the first  murder and the statues is a little vague. Still it’s nice to see a vintage floppy disk!

Caroline Graham wrote the screenplay adapted from her own novel so it may be the case that it’s a talkier more character driven episode than some. The confined setting of the theatre adds to the melodrama and half the joy is watching these performances and also the excerpts from Amadeus.