This valedictory documentary about Tina Turner is an absorbing if incomplete attempt to put her amazing life and career into perspective. Time and again we see clips of her declining to answer questions about her abusive former husband Ike Turner yet his presence looms throughout this official film sometimes at the expense of her music. The story is so rich its already inspired a film and a stage play while the singer co-wrote an autobiography. Surely this production is an opportunity to push forward her musical claims and focus more on her voice and also her remarkable comeback in the Eighties? Instead there seems a reticence on behalf of the participants to explore her musical legacy and its slightly disappointing to hear all concerned talk of that comeback in terms of success rather than in terms of the music itself. It gives an impression that Tina Turner wasn’t especially interested in the musical side of things yet the numerous electrifying clips suggest otherwise. In fact her whole body seems to channel the songs resulting in stunning performances. She seems to give her all for every syllable but as to why and how we can only look for clues here. 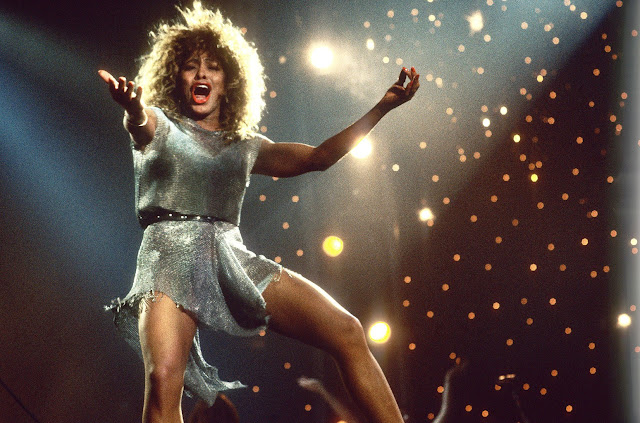 Without narration the style is of the modern documentary allowing voices from the past either recorded or newly interviewed to comment on developments. Tina Turner herself seems a small figure now, though this may because the new interview takes place in the middle of a huge room! Her offstage demeanour, quiet and amiable, seems at odds with the strength of her on stage persona. The more enlightening interview is a recording of her long talk with People magazine in 1981 when for the first time she publicly revealed Ike’s behaviour towards her and she talks in frank, graphic terms. You can only marvel the way she stoicly managed to appear powerful and fulfilled in public when you hear details of what she had to endure in private. She stresses her loyalty, her pledge early on that she would stick by Ike who had been stitched up by others in the industry earlier on.

On hearing details of abusive relationships like this the natural reaction is to ask why the woman stayed so long and the film’s most illuminating moments are when it becomes clear how she was determined to keep to her promise whatever hurt she had to suffer. When she talks in the People interview about the night she escaped- in 1976- it is the films most uplifting sequence. She eventually divorced Ike emerging with only her name, giving away the rights to their songs. It is odd in a way that she wanted to keep that name but as she says it was all she had of her career. 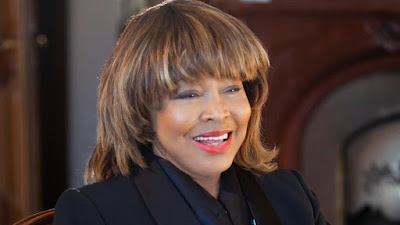 What we tend to have forgotten is that her revival took a long time- years of cabaret and failed attempts to record- before her ascendance in 1983 with Private Dancer and it’s lead single `What's Love Got To Do With it`. Interestingly she tells how she hates the latter at first but in making it more of a Tina Turner song she found a way forward. Clips of her in the studio show how involved she was in the recording process rather than just coming in to sing so it’s a surprise that the rest of her triumphant Eighties is shown in montage form rather than in any more detail. The Best, an album I remember was huge back then, is not even mentioned yet when we see live performance of the title track under the end credits it is in front of a gigantic audience who clap and sing with every word. Those people, the ones who bought her albums and attended her concerts- may feel short changed by the second half of this film. Even so there are plenty of lengthy clips showing her at her prime and these are enduring energetic showstoppers with a magnetism and charisma few artists of the time could muster.

Yet even during these peaks the shadow of Ike loomed in interviewers questions and media speculation. Remarkably she talks now of forgiveness towards him while admitting she did hate him for such a long time. The story shows just how much culture has changed- nowadays Ike would undoubtedly be `cancelled` yet years after Tina’s revelations he won a Grammy award. The final stretch essays a more contended, happily married Tina Turner contemplating retirement and a quiet life. She does look tired and that’s no surprise but it is a rewarding conclusion to discover she did finally find love as earlier we had heard a sad clip of her talking back in 1981 of never having been in love...

While I would have liked to have seen more on what drove her musically, Tina is still a great documentary about a riveting performer and a strong survivor. Inspiring, powerful and sometimes moving it is a film that above all reminds us just how brilliant she was at her peak. 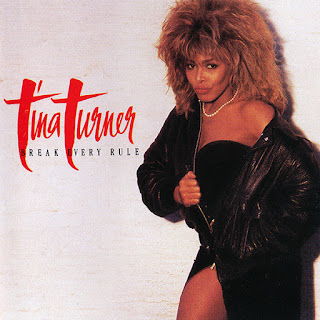