Presented by Chris Arnsby. Paul Jordan: “Hi there and welcome to Top of the Pops. Among other things tonight there's little Paul, that's me, and big Simon, that's him.” Simon Bates: “I shall do my best. We've got Whitney Houston's new video later on but right now here's The Damned and a terrific version of Eloise, on Top of the Pops.”
[18] The Damned: Eloise. Lighting Director Alan Jeffery makes his bid for attention. Eloise is a song with lots of big dramatic beats and the studio is lit accordingly. The overhead lights flare to the rhythm of the song and the whole pattern changes for the faster paced chorus. It looks fantastic. And it gets better.
About two thirds of the way into the song it winds down to a false ending (the studio audience mistake this for the actual end, cheer and give a well- deserved round of applause). Alan Jeffery fades all the colour out of the studio and leaves it lit in blue with a single white spotlight on David Vanian; he's dressed in white and stands out like a beacon in the gloom. The performance ends with a great long pull back as the camera moves all the way across the studio, leaving the band and the audience framed by one of the scaffolding walkways and looking tiny in the distance. 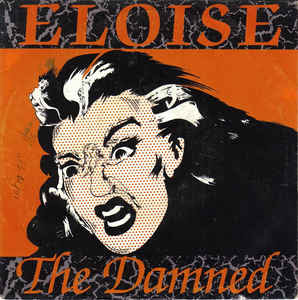 [6] Five Star: System Addict. On video. The band dance in front of some familiar looking back-lit white panels, with a metal wire frame over the front. The whole set looks very Red Dwarf, and I wonder if the video was recorded at Shepperton Studios and some of the set elements were still around when Red Dwarf begin filming there in 1990.

[21] Ozzy Osbourne: Shot In The Dark. “Now here's someone who's got a three month old son called Jack. He also has a record called Shot In The Dark. Whether or not the two are related I really couldn't tell you.” That's Paul Jordan's gnomic introduction to Ozzy Osbourne. The “I really couldn't tell you,” bit is delivered in that strangulated voice people use when they know something isn't funny, but they hope it will magically become so if they say it in a silly way. It doesn't.
Fortunately, Producer Brian Whitehouse's lovely crane shot distracts from whatever Paul Jordan is talking about. Watch the beautiful way it tracks down from Jordan's face, under the walkway he's standing on, and around the audience to where Ozzy Osbourne is wearing a white sequinned dressing gown and clapping his hands in what he assumes is in time to the music.

Top 40 Charts. Vision Mixer Priscilla Hoadley has found a new button on the Quantel machine. The mix from Simon Bates and Paul Jordan to the Charts caption makes the two pictures flick around the screen in time to the rat-at-at-tat of the drum beat.

Top 40 Breakers: [25] Belouis Some, Imagination; [20] Public Image Ltd, Rise; [19] Whitney Houston, How Will I Know. “OK chaps, given a choice between Johnny Rotten and Whitney Houston who would you choose?” asks Paul Jordan in a very mid-80s blokey way. Frankly, I think Whitney Houston would be demanding whereas Johnny Rotten will be rebellious within safely defined limits, the worst he's going to do is that thing where he stares at you in what he imagines is a frightening and dangerous way. 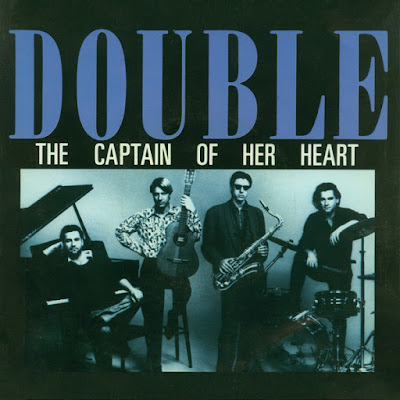 [1] Billy Ocean: When The Going Gets Tough The Tough Get Going. On video. The one with Michael Douglas, Kathleen Turner and Danny DeVito as backing singers.

Performance of the week: The Damned, Eloise