How Can You Mend A Broken Heart- The Bee Gees review

Released late last year, Frank Marshall’s film explores the remarkable career of The Bee Gees. It’s a story with all the requisite peaks and troughs though they are best known for the remarkable success of their late 70s disco material. However this documentary takes us through a period of success in the 60s first. The pace is breezy with archive interviews and interesting footage though much of it is clipped to make the story more manageable. While it is a solid enough account of their lengthy career it is interesting what makes the cut and what doesn’t. There is certainly a case for an extended version at some point and this could do with having been at least two hours long as there are notable omissions. 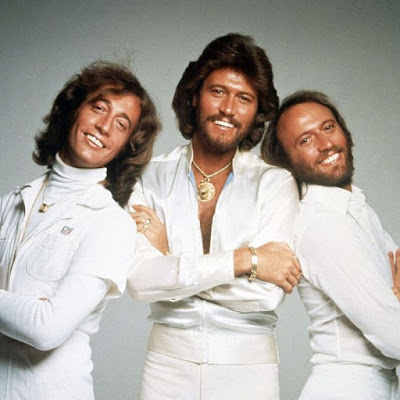 Its no puff piece for sure, indeed the brothers in various interviews are all too willing to talk about failure as much as success. Several high profile guests offer interesting perspectives- Noel Gallagher on working with siblings, Chris Martin on the inevitable backlash enormous fame can bring, Eric Clapton on recording – while there is more focus than you’d expect on the other musicians who shaped their music. In that sense this is a musical tale rather than a celebrity one.

So on the one hand the narrative is generous in crediting the people or circumstances that assisted their success in particular producer Arif Mardin’s reshaping of their sound that led to their most successful period. It was he too that spotted Barry Gibb’s falsetto and encouraged the singer to use it more prominently. Eric Clapton is credited with persuading the Bee Gees to record in the US rather than England which also helped evolve their sound. We see and hear from keyboard player Blue Weaver whose importance in the arrangements during the 70s is highlighted. Even the sound of driving across a bridge gets the nod for inspiring the rhythm behind `Jive Talking`. Meanwhile at the lowest points of their career, manager and producer Robert Stigwood is on hand to help them climb back. It’s also pointed out that they were not innovators as such- each of their successful periods owes a musical debt- to the Beatles early on, to the already established disco later- yet like great artists they shaped these musical genres for themselves and ended up sounding like nobody else.

The trade- off for this honest approach early on is that the darker, later parts of their career are glossed over; there are mentions of “pills” and “drink” but these are in passing on the way to brighter places. Even the sad deaths of three of the brothers are only covered in credits at the end.  Also like a lot of similar documentaries the detail lessens as the years go on so their mid -Eighties late career revival is passed by in a moment meaning my favourite Bee Gees song `You Win Again` goes unmentioned. The period when they wrote and produced other artists- to whom they gifted some of their best songs like `Chain Reaction` and `Guilty` - is also sped through and curiously none of those artists have an input. I wonder if they all feel a bit like Dionne Warwick who was famously disparaging of the songs they gave her which revived her career. 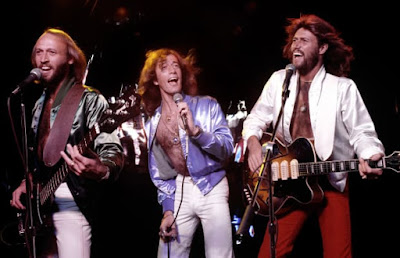 What the film does particularly well is take us from the group's juvenile beginnings to the pinnacle around `Saturday Night Fever`. Not a Bee Gees project as such, this album and its soundtrack made them the biggest group in the world with a ubiquitous presence and we have the expected footage of large vehicles, huge crowds and concerts, hysteria and headlines. And of course there is the music, evolving and always interesting- classic after classic that it is great to hear again. Some may find the musical detail a bit dry but I enjoyed these insights into the creative process.

The documentary’s most arresting moments happen when we delve into what at first seems like a detour into the `Disco Sucks` movement that swept across the US in the wake of the Bee Gees’ success. Though by no means the only disco stars the Bee Gees’ chart dominance made them a target to the point where some radio stations would no longer play their songs. We then see footage of a rally at a huge baseball stadium where thousands of disco records were blown up tellingly intercut with one of the Bee Gees’ enormous concerts. Such angry protests towards a particular form of music seem bizarre now and possess an unpleasant undercurrent of racism given the heritage of disco music. I never knew of this incident but the film makes clear it’s repercussions caused a sea change in the Bee Gees career.

Frank Marshall has assembled the material with a focus on the story and despite the gaps it is put together with a good amount of respect yet also a strong perspective. The 2019 footage of the remaining Bee Gee, Barry, that bookend the film have a sadness about them despite the sun drenched luxury in which he now resides. The singer’s final admission may not surprise you after much talk of the bond between brothers but hopefully he sometimes finds it in him to enjoy the music they made as much as millions still do.

By a strange coincidence Russell T Davies’ latest arrives in the midst of global pandemic and it’s undercurrent of fear and ignorance play...