Up-words- The Best of the Paper Issues of This way up 2002-10
“You lacchhky people!”by Sean Alexander
April 2004
You are if you ever discovered the joys of late-nineties comedy Spaced. These days, it seems hardly a month goes by without the nation being canvassed for their votes on something or other, be it best ever novel, poem or Briton.  Most recently Auntie Beeb, in her infinite wisdom, charged the great British public with the impossible task of choosing the Best Ever Sitcom.  From a shortlist of 100, ten of the most familiar - and, at times, surprisingly popular - comedies of the past thirty years were chosen for special praise by such TV alumni as Johnny Vaughan and David Dickinson.  To add to this almost surreal retro-viewpoint, the list of final contenders contained only one sitcom to begin broadcast during the nineties.  So, was this evidence that the great British sitcom simply couldn’t hack it any more?
﻿
﻿ 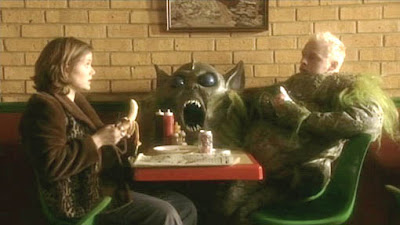 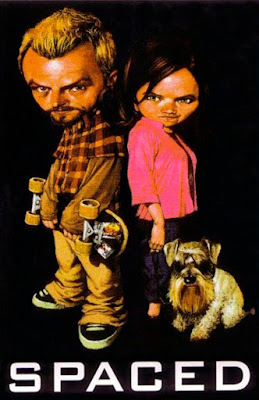