Thought last winter was cold? The people of 1664 might have something to say… 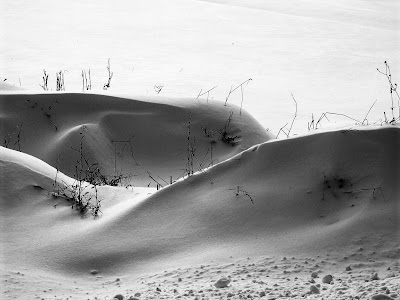 One of the aspects of winter we have got used to recently is the media informing us of “snow chaos” as the temperatures plummet, snow falls and ice lurks in hidden corners.  Certainly the winters of 1962-3 and 2010-11 qualify as bad ones but generally people around today have escaped the UK’s very worst winters. During the decade up to two years ago we became used to mild winters with very little snow and no need for 18 layers of clothing. That may not be the case for much longer though with many climate scientists suggesting we are entering a mini Ice Age similar to the one that created some of the severest winters in the 1600s.


So, to celebrate the possibility of this impending Big Freeze, here’s a rundown of some of the UK’s most notable winters since records began….
1620-21: So cold there was a Frost fair held on the Thames in London though quite how you can sell frost remains a mystery.
1664-65: This winter contained what is reputed to be the coldest day ever in England plus a severe frost lasting about 2 months.
1683-84: Mid December saw the 'great frost' start in the UK and Central Europe with the Thames frozen all the way to London Bridge by early January 1684. It’s said this is the longest frost ever recorded and in Somerset the ground was frozen as far down as 4 feet.  Just think’ thermals had not been invented and people didn’t even have double glazing or in some cases windows.
1739-40: Temperatures as low as minus 24 degrees celsius were reported with lots of very strong winds.

1794-95: The freeze began on Xmas Eve running until late March with temperatures as low as minus 21 degrees celsius reported. The rivers Severn and Thames both froze and the legendary Frost Fairs were held once more while during a short respite in January all that ice thawing caused floods.
1813-1814: This was the last time to date that the tidal stretch of the Thames froze and this winter saw one of the highest amounts of snow for hundreds of years. There was also a period of extremely heavy fog in January just to make things a bit worse. The stage coaches were probably on strike as well!

1816:  Not strictly a winter season, more like winter all year. 1816 is known as “the year without summer” as a volcanic eruption in the East Indies disrupted weather patterns meaning there was still snow on the ground in July.
﻿ ﻿
1819-20: This severe winter included temperatures of minus 23 degrees celsius recorded in Tunbridge Wells.

1875-76: One of the snowiest winters on record with two feet of snow recorded for lengthy periods around the country and on several occasions.

1946-47: The worst winter since 1814 really got going in late January 1947 with continuous snow cover until mid March. Some people probably blamed Germany.

1962-63: From late December 1962 there was bitter cold and drifting snow until the Spring. People say the snow in some parts of the country was so deep they could walk along the top of frozen hedgerows and shrubbery. Then again, they may have been to the pub beforehand.
1978-79: The last really severe, snowy winter, as far as official sources go with snow falls of 7 inches and drifts of 6 to 7 feet as well as extremely cold temperatures for months. One snowdrift in the North East was reported as being 15 feet. So if you live there don’t moan about this winter to your parents unless you want very long anecdotes about walking along hedgerows.
1984-85: A particularly cold and snowy winter especially in Southern England with 6 or 7 inches of snow falling.

2010/11: Last winter! December 2010 was the coldest in over 100 years with two main snow falls that froze the country and made something of a mockery of all our technology. Temperatures were around 5 degrees celsius below average. The people of the 1600s would laugh at our inability to keep going in what they would probably call a mild winter.
Posted by John Connors at 19:05