The Third Assistant Director & The Showgirl

John Newman reviews the film My Week with Marilyn


In 1956 Marilyn Munroe came to the UK to film The Prince and the Showgirl an inconsequential Terrance Rattigan penned comedy also starring Laurence Olivier. On set as well, working as a third assistant director was Colin Clark whose connections had wrangled him the job of third assistant director in which he ended up looking after the Hollywood star. Filming was legendarily fractious; in one sentence in this film, adapted by Adrian Hodges from Clark’s book, the character sums up the differences between Marilyn and as she dubs him “Lord Olivier” as two stars in different fields both seeking the credibility that the other had. 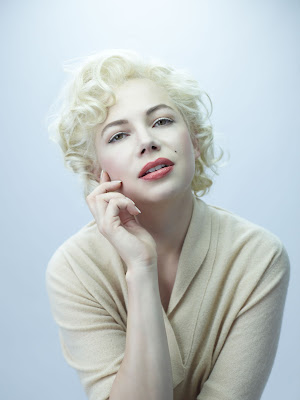 Although supposedly based on a true story, we may never know exactly how accurate some of the scenes are but Simon Curtis’ film does a terrific job conveying the fragile egos that inhabit the claustrophobic film set as well as the sexual frisson that lurks in such an environment. Clark, though 23, seems like a child when faced with both stars but it is this guileless behaviour that seems to attract Marilyn. Insecure and talking a lot of pills- her every drama attended to by acting coach Paula Strasberg and new husband Arthur Miller -  she finally manages to escape to a country house where she attempts to build a genuine friendship with Clark. Of course, he falls for her totally and of course, it can’t last.
Much rests on the portrayals of two legends whose persona we know well. Michelle Williams and Kenneth Branagh are both exemplary in the roles.  Michelle Williams adds to an increasingly impressive list of performances her every nuance revealing just why Marilyn captured the world’s heart. She cleverly stops short of an over mannered interpretation and we see a convincing (though who can know how accurate) look at the real Norma Jean behind the image. The most telling scene comes when Colin is showing her round some landmarks and they come face to face with a group of staff and she whispers “Shall I be her?” proceeding to morph into the skittish playful Marilyn Monroe that is so familiar. Yet we also see her behind the scenes, fragile, vulnerable and insecure needing constant reassurance. Williams inhabits the part with the sort of instinct that wins Oscars. 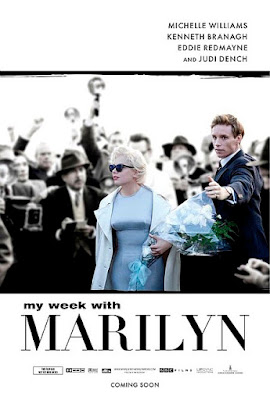 ﻿
Kenneth Branagh must find himself in an odd place playing Olivier, an actor to whom he has often been compared and which he now portrays as a “dead behind the eyes” older man desperately courting Marilyn’s star quality while becoming enraged by her lack of professionalism on set. There are moments when his physical resemblance, especially a scene where he is looking into a mirror, makes it an uncannily truthful portrait while he is excellent conveying Olivier’s pent up rage.
As Colin Clark, Eddie Redmayne has to look star struck and love struck which he does very well bringing across the fact that Clark did really fall for her. There are also strong supporting roles as well for Judi Dench as Dame Sybil Thorndike, Dominic Cooper as Marilyn’s pushy American manager and  Julia Ormond as Olivier’s wife Vivien Leigh whose acceptance of her husband’s weaknesses and her own situation provide a mature counterpoint to Marilyn.
Curtis captures the tedium of production well and by use of re-staged clips from the film they are making successfully conveys what all the fuss about Marilyn was about. The Prince and the Showgirl itself though seems a flimsy thing and you do wonder what any of the actors were doing in it. 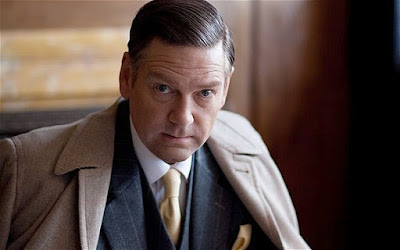 ﻿
If Curtis’ sequences of the time Marilyn and Colin spend together is too literally bathed in bright sunshine - while the rest of the time the weather is noticeably overcast -then he more than compensates a weakness for literal visual motifs by getting his actors to convince at every turn. In terms of the difficulties between Marilyn and Olivier the film does not take sides, as it easily could, and this is an enormous asset. Just when you start to think of Olivier as a bully, the narrative opens up his vulnerability; just when it seems Marilyn really is untalented we find out what troubles her and then she lights up the screen.
Inevitably a personal memoir regarding such a powerful encounter is subjective and if the film has a fault, it is that we do not really get under the skin of Clark’s character, who as one reviewer of the original book commented must have been either the wettest 23 year old in history or a complete fantasist!. Nonetheless as an entrancing, entertaining portrait of two legends and an often amusing look at the whims of being a star, My Week with Marilyn works a treat. 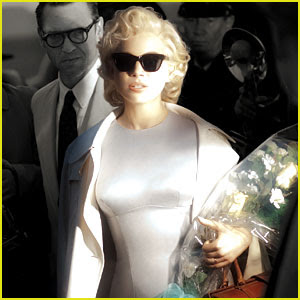