The songbird has flown but the songs live on…

The established shorthand for the story of Fleetwood Mac is like- blues band led by Peter Green then mega band led by Lyndsey Buckingham and Stevie Nicks. It’s a threadbare representation of a band whose line up has contained many talented writers and / or players not least amongst them Danny Kirwan and Bob Welch, while it’s often been Mick Fleetwood himself who has striven to push the band named partly after him to new pastures. Yet perhaps since Peter Green’s departure it was arguably Christine McVie who took the band towards their Seventies zenith having already been writing the sort of simpler, honest pop songs which became their metier. The Cumbrian born Birmingham bred musician, writer, and singer, who has died this week, penned some of Mac’s most enduring classics. She often seemed like a rock of sensibility amidst her more outgoing fellow members and it may be that her presence was what kept the band together in stormy times. 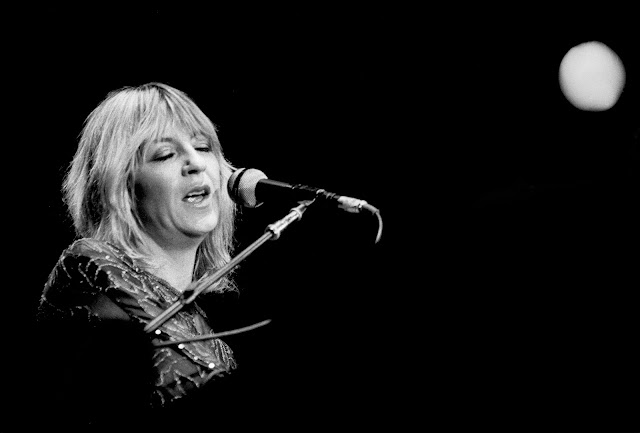 Most pop stars take on a more exotic name before they hit the heights. Christine Perfect so disliked her actual name – which if you think about it is a really good name for a pop star- that even when she and John McVie divorced, she kept her married name. She spoke of how as a school child her real name caused people to make assumptions drawing attention she didn’t want. By her own admission she was not perfect and had her indulgences (champagne and cocaine were mentioned in later interviews) yet she seemed to be happy living in the shadow of the other bigger characters. What mattered to her was not fame but the songs. Songs that seemed uncannily open, songs whose lyrics pinpointed those relationship issues everyone recognizes. Tunes that, once heard, stick around. Yet however many times you hear them they seem as fresh as if recorded yesterday.

Her best-known songs are positive ones. `Don’t Stop` has become synonymous with political hope after Bill Clinton used it in one of his Presidential campaigns but she wrote it to encourage John McVie to move on with optimism about the future. Its about putting regret in the past- “yesterday’s gone”- and moving forward. Its jaunty almost bar room piano is just irresistible.  Equally optimistic is `Everywhere` whose sentiment “I want to be with you everywhere” rides on a breathy, choral musical pillow and perfectly encapsulates the thrill of a new love. `You Make Loving Fun` is a similar spin again accentuating the positive. A different form of optimism is present in `Little Lies` in which she begs a partner to not tell her the truth about something he’s done wrong. Other songs she wrote or co-wrote include `Say You Love Me`, `Songbird`, `Think About Me` and `Oh Daddy` and the gorgeous `Over and Over`. 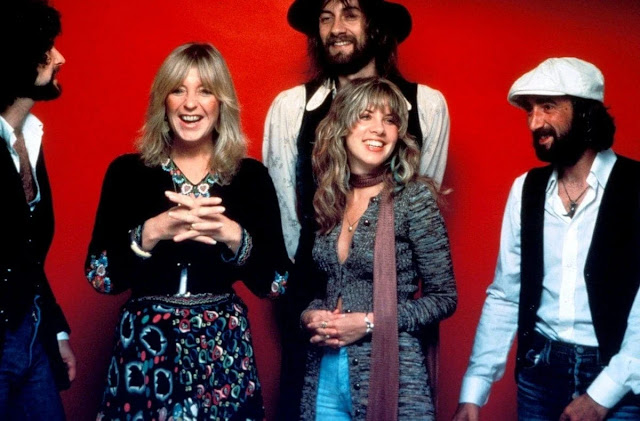 All these songs and more appeared to emerge easily, “I don’t struggle over my songs," she said in an interview, “I write them quickly”. Her voice on its own was as clear and direct as the songs she wrote and of course became part of that gorgeous Fleetwood Mac harmony choir that is so familiar now. She had joined Fleetwood Mac back in 1971 and you tend to forget how relatively unusual it was for a female musician to make headway in the blues or rock scenes of the late Sixties yet she later said she never felt singled out. Her early band Chicken Shack were blues based but her act of joining Mac changed their music. They’d never had a keyboard player so her presence made their sound less abrasive and more suited to radio play especially in the States.

Much later she had a sixteen-year break from the band which she appeared to spend living in the country but her return nearly a decade ago was greeted by Mac fans with much appreciation. As the likelihood of a new Fleetwood Mac album receded the closest it came to being was when Christine McVie along with Lyndsey Buckingham combined their creativity to make an album together five years ago, a collaboration some have called the best album Fleetwood Mac never made. Chrstine McVie's singing and songs live on and we're all the better for them.