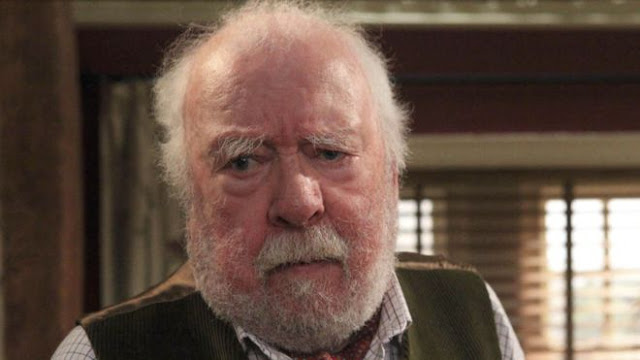 He had moved into acting later than most started out performing in amateur theatre as a side project while he worked as a laboratory assistant. "I have never dictated my career," he once said, "my career has always dictated me. 90% of this business is luck; I've never known the right place to be or the right thing to do. I've always preferred to let my work speak for me rather than chasing a particular part.” He trained at Rose Bruford and made his London stage debut with the RSC at the Arts Theatre in Afore Night Come in 1962.
His first small screen credit was TV mini series Androcles And The Lion in 1960. Over the years he graced almost every ongoing tv series with his presence including the likes of Inspector Morse,  Midsomer Murders, Casualty and the 80s adaptation of Vanity Fair. He had roles in prestigious dramas like I Claudius, Nicholas Nickleby and Casanova. He was in the business so long he appeared in different versions of both Randall and Hopkirk: Deceased and Cold Comfort Farm. In 1969 he won the Monte Carlo Golden Nymph Award for Best Actor for his portray of Claudius in The Ceasers. 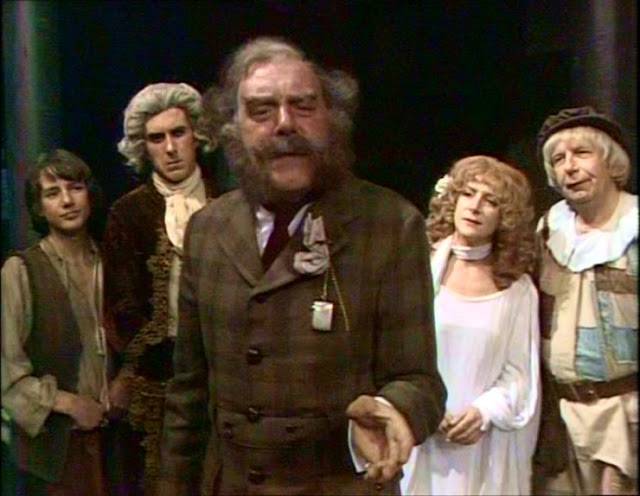 Anyone who was a younger viewer in the Seventies will remember fondly his role as Dai in Children of the Stones and of course the three series of The Ghosts of Motley Hall from 1976-78. His character Sir George Uproar is a bellicose, self inflated Victorian General whose ignominious demise eighty years ago (falling down the stairs) is rather at odds with his tales of daring and fighting prowess. He thinks he’s in charge and the others mostly let him carry on thinking that.  He often bores them with his war stories, failing to point out how many of his military campaigns went awry plus he just loves to hold meetings. He shouts and bellows yet there are more thoughtful moments too. Its one of my all -time favourite tv shows and one of my all time favourite performances. He seemed to like it too, many years later commenting “I loved it….a delight. People still point a finger at me and say `Ghosts of Motley Hall”.
One of his best known film roles was Bytes, the circus ringmaster who cruelly exploits the physically deformed John Merrick in David Lynch’s The Elephant Man, Its possible his work was sometimes better appreciated in the States than here; take this one example; an American critic said of his work in The Elephant Man; "Freddie Jones is called upon to play one of the heavies in the film and he does it wonderfully well. He gives us a character who does horrible things and yet remains human. Because he does this remarkably well, we don't hate him; instead, we hate his acts.” The actor himself later commented: “I was trying so hard to convey the contradiction of the character. Remember when he throws Merrick in the cage with the monkeys and throws out all of his stuff? I was sobbing in that scene and yet it never made it to the screen. Instead, I had the terrible review from Time Magazine that said I had hammed it as a villain." He also appeared in the director’s Dune and Wild At Heart. Amongst his other big screen roles were turns in  Frankenstein Must be Destroyed, The Satanic Rites of Dracula and Krull 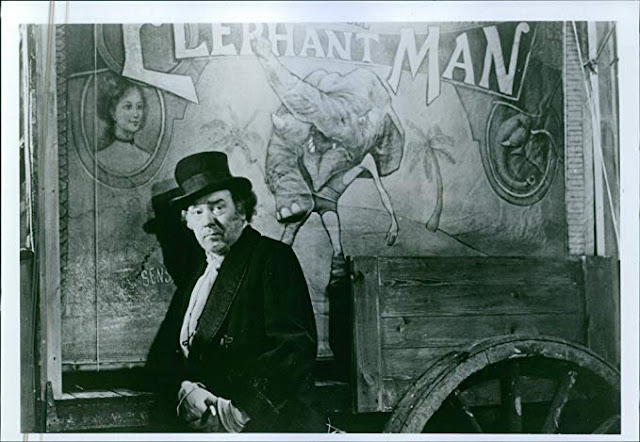 His work wasn’t just limited to the screen and he enjoyed critical success on the stage too, notably in The Dresser in 1980. Other appearances included Peter Brook’s renowned 1964 production of The Marat / Sade. He declared his favourite screen role was as a frequently drunk journalist in Fellini's And the Ship Sails On in 1983. 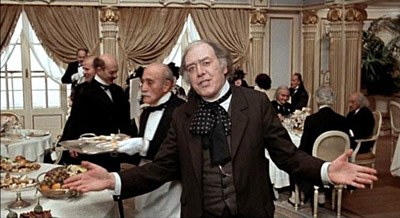 Whatever the role he always added something special however vulgar or loud a character it may be. Discussing his preference for big characters Freddie once said: "I've always acted larger than life and I've always loved actors like Jack Nicholson who revolt against the naturalism trend. The truth is that I just love invention and imagining things."
Just as most actors would think of slowing down as they approach their late 70s, Freddie took on a role in Emmerdale in 2005 which lasted for 13 years and only ended when he decided to step down having won much acclaim for his role as Sandy Thomas. Following his death yesterday, Mark Charnock from the soap described Freddie as "an amazing man" who "would light up the set with his wit and charm". Charlotte Bellamy, who plays his  daughter-in-law Laurel, said she was "in awe of his professionalism, humour and his zest for life”. There are lots of tribute messages to him on Twitter today. Freddie Jones made his mark in a varied career, a skilled, very believable actor who  who could find the truth in any character.