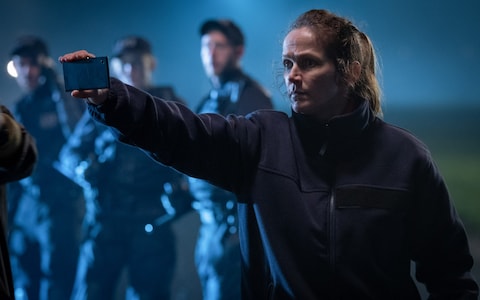 If there’s been a lot of gloom in the series to date- and here we have the BBC ending, jobs like travel agents and shop assistants no longer existing plus an outbreak of monkey flu – part 6 develops into a rousing revolution from which all that’s missing is a mass singalong! Edith leads the charge ostensibly to rescue Viktor from the erstwhile camp but also to start that revolution. The scale of what will happen is hidden from the viewer so that when it looks like their escapade has been ended the sight of other people in the woods with a bazooka is cheering. We’ve not had many such moments in the series and its followed by the destruction of the wi-fi blocking towers causing phones to pop back on and Vivienne Rook’s truth is exposed to the world. It’s joyously conveyed and a win for the viewer too, wondering when / if things might get better. Plus there’s no writer whose taken advantage of mobile phones more than RTD has over various series.


The episode is home to three amazing speeches, two of which are delivered in barnstorming form by Anne Reid’s Muriel. I’m not sure how old the character is supposed to be now (wasn’t she 90 in the first episode?) but it doesn’t matter because she’s issuing a sharp rebuke to all of us in the first “ten thousand days” speech. As with the whole series its timeliness is only partly accidental and RTD lays out a convincing list of the ways we have fallen for technology and cheap prices in the shops;  Primark though not mentioned is filleted by Muriel here! In a series that uses high tech to resolve its key plots you might accuse RTD of having his cake and eating it but even so it’s a strong, memorable scene which I urge anyone whose not seen the series to find and watch in isolation. 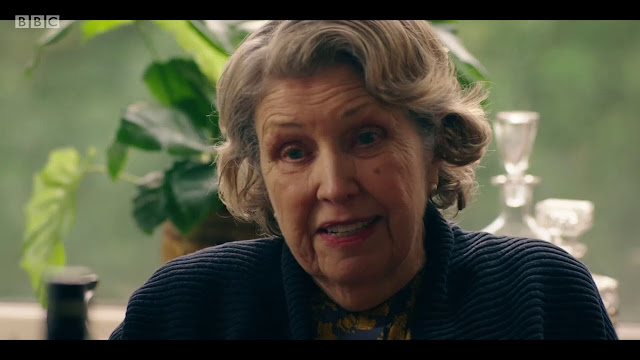 Even then Gran is not finished with us as she concedes “Its your fault” moments later. Satisfying though the visuals of the revolution are- and is there anything more likely to make you cheer than Rosie slamming that van through the gates – it is these speeches that the episode if not the whole series will be most remembered for. Thing is- and Muriel can’t say this as it would distracting to the plot- if all we do is say what a great speech it was etc then it hasn’t fully done its job. By chance, the second Conservative leadership debate had taken place in the hour before this episode was broadcast and anyone who saw both will have had that in mind as Muriel declares “beware those men , the jokers and the tricksters and the clowns.” Too right Muriel. Btw can we start the campaign for Ann Reid to get a BAFTA for her role in this show. In a brilliant cast she stood out armed with some of the best dialogue RTD has ever penned.


The final sequence may divide those who are put off by overtly sci-fi imagery but they should just try and think of it as a very generous private hospital room! I liked the measure of this end part, which some critics have called drawn out, because you don’t want someone summarisng their life in thirty seconds dialogue. I suppose the message was a familiar one for us Doctor Who fans who may recall similar speeches and themes adorning RTD’s period but even so you can’t argue with it can you? It’s great too for those of us with long memories trailing back to Spaced to witness how accomplished and versatile an actor Jessica Hynes has become.


My only (slight) criticism of the episode as a whole is that Viktor- such a pivotal character whose arrival stirred the narrative considerably earlier- is sort of sidelined and we never find out if he found any happiness later on. I’d hoped he might get a big speech somewhere but he didn’t. Oh and if you ever read this RTD- what’s your beef with Liverpool? The city was the location for dodgy digital surgery and the two Liverpudlian characters were nasty pieces of work. Some of us are ok you know! No complaints though about the Stephen / Celeste sequence which was poised perfectly and the episode’s edgiest moment.


Years and Years proved to be such an absorbing series, packed with characters you wanted to follow, incidents that made you go “what the…” and a view of the near future that hopefully remains caught in fiction. On the other hand perhaps its already started…. 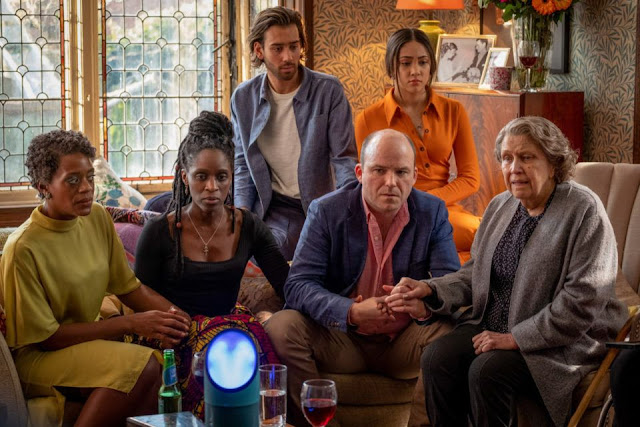