08/12/1983: Tommy Vance: "Well hello. A very good evening to you and welcome once again to Top of the Pops. And now to continue the story here is Uncle Rotter." Mike Read: "Once upon a time in The Adventures of Tintin there were two detectives who dressed just like this and they were called the Thompson Twins. Tommy Vance: "Now, the Thompson Twins are somewhat differently dressed but I'll tell you, they're down... [points] there and they've got a number four record. It's called Hold Me Now and here they are."


[4] Thompson Twins: Hold Me Now. Mike Read's description of the Thompson Twins from The Adventures of Tintin is 100% accurate apart from all the bits that are wrong. The detectives were called Thompson and Thompson. They wore black suits and white shirts with thin black ties. They didn't wear red scarves. They didn't wear sunglasses indoors, Mike Read. They had moustaches. Oh, and they carried walking sticks, not umbrellas. They did wear bowler hats. It's a virtually flawless impersonation as if a mirror had been placed between a picture of Thompson and Thompson, and Mike Read and Tommy Vance. 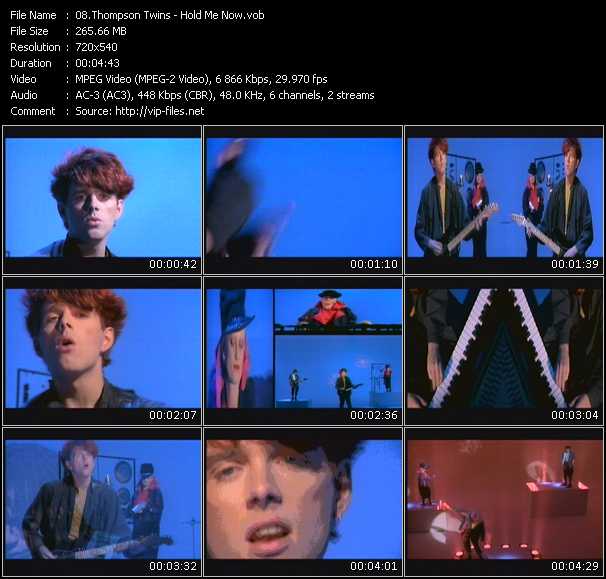 
[2]  Paul Young: Love Of The Common People. A repeat from 24/11/1983. Top of the Pops is gradually repeating fewer performances as music videos became more common. Tonight's edition features four groups in the studio, three videos, and one repeat. Top of the Pops 09/12/1982 had four studio performances, two videos, and three repeats from earlier editions. You have to go back to October 1983 to find the last show before this to repeat a performance (20/10/1983) when Culture Club were too busy to make their way into the studio for Karma Chameleon. It was rare in 1982 for a week to go past without the programme raiding its recent archive. The picture quality at the start of the Paul Young performance looks surprisingly murky. It was around mid-1983 that the BBC moved over to 1-inch videotape which had a slightly poorer picture quality. Maybe another reason for the decline in repeat performances is that it's more obvious when you are watching something copied from another videotape.


[31] Tears For Fears: The Way You Are. A song later described by Tears For Fears lead singer Curt Smith as "the worst thing we've done". (John- Oh it got worse than this!) 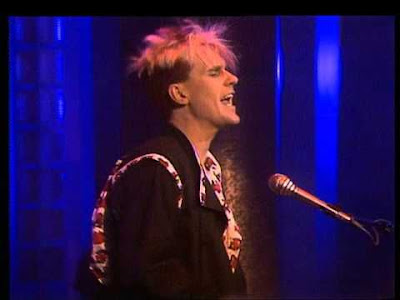 [23] Howard Jones: What Is Love? Howard Jones has caged two women and forced them to dance at either side of the stage. It's not clear how this experiment will reveal what is love. Can anyone help save these poor ladies? If you know what love is then please write to Howard Jones c/o Warner Music Group as soon as possible. Blondie claimed that she once had love and it was a gas, so presumably some sort of bell jar would be in order.


[1] The Flying Pickets: Only You. Notable among my immature circle mainly as a way to shout "bum-bum" in a variety of frequencies at playtime.


[18] Wham!: Club Fantastic Megamix. The audience get down and boogie to a record which Wham! disowned in a press release, "we would be very unhappy to think that any of our fans might waste their money on it". In summary: tonight's Top of the Pops. Four groups in the studio, three videos, one repeat, and two bands who hated their current song.