As someone who has written several novels for Young Adult readers – albeit self published- I was interested to read extracts from the report `Bias in Britain` highlighted in The Guardian this week. In summary books were identified as one of ten areas named in which under representation of  ethnic minority characters was an issue. Children’s books were specifically mentioned- in 2017 only 4% of the 9,115 children’s books published that year featured any minority ethnic characters. Where such characters do appear they are often either in supporting roles or running a storyline that includes cliched problems like guns or drugs or poverty. Incidences where they are the lead character in a children’s novel are said to be rare. So far at least the report does not seem to know why this is the case and I’m sure no individual writer has an explanation, least of all me. However it is an interesting topic and something that has been in my mind when writing my books. I can only offer my perspective. 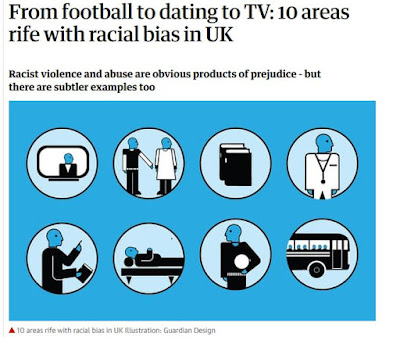 Firstly a little context about what I write and where it comes from, My novels are aimed generally at the 12-15 year old market commonly referred to as Young Adults (YA). The novels have a fantasy theme and are set in the present day but mostly in the countryside. All of the central characters are white. When I was drafting the plots and characters for these- now about ten years ago- I did consider that in theory the main character who moves from London to the village could be any gender or race. However as I was going to inhabit their head in some first person narrative and thoughts I didn’t think I would be able to do so as effectively if I made the character either a girl or from a minority. In terms of the other characters at the time- and I still believe this – I simply did not imagine a small county village would have any non white people living in it.
All of which is not to say there are no ethnic minority characters in the books. I suppose I fall into that category where they are supporting characters so far. In the second book there was a black family who were deeply involved in the plot; the three of them were central characters albeit only in that book. I don’t want to give away the plot but I don’t think they did fall into any of the cliches described in the report. The third book did also feature two black characters- one of whom played a large part, the other was an adult character who appeared intermittently. She was, incidentally, a glaciologist so I don’t think I was doing any stereotyping there.

Now since I started these books issues of representation have become front and centre of all creative areas. In terms of my creative side I have had to stop and think about the topic and ponder how it could affect what I write. Is changing the race of a character simply a cheap gesture towards representation? Should a writer feel obliged to create ethnic minority characters or even change the race of a character because it’s expected? Or is the real issue a lack of ethnic minority writers who can draw on their own experiences? You’ll notice these are questions because I don’t have an answer.
Also when we talk about representation what do we mean? I think there are some people who feel every creative fiction- whether a book, film or tv series- should include some sort of representation quota and it sometimes feels glaringly obvious when this happens. I think it has to come from the story. If I were writing a story set in an inner city locale of course it would include a much wider range of ethnic minorities though I’m unlikely to write such a book as I don’t personally have that experience. Ok so I’m not a glaciologist either but you can find out the rudiments of a job online. You can’t Google to discover what growing up in a different culture is like to satisfy the depth of a character. Anyone from that background would call you out for it, they’d spot the fakery right away.
Two more points. I do have a main character being introduced in later books who is black and from London. It will probably look like I decided to add her recently but she has been there from the start over a decade ago. Second is that the reason I can publish books is the technology that now allows anyone to do the same (look at that figure above of vast number of kid’s books published last year) so it is really up to people who feel they are not represented to do so themselves. I don’t know why there are seemingly so few ethnic minority people writing but the opportunity is there. They will tell stories the likes of I could not.
Posted by John Connors at 23:48