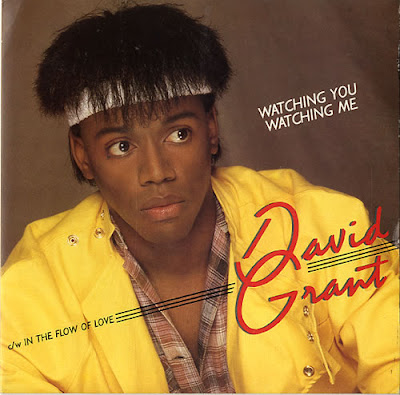 [8] The Style Council: Long Hot Summer. On film. Paul Weller is hoping to spend a saucy afternoon lying around shirtless, but a beatnik bongo player turns up and spoils things.
[33] Level 42: The Sun Goes Down. I never did get round to talking much about Top of the Pops new Doctor Who style title sequence. How did they do it? It's not CSO, the BBC's preferred video effect, because there's no way CSO at the time could have coped with the changing perspective as the TV screen spins. Also, the Top of the Pops title sequence is on film and objects CSO'd onto film generally look bad (see assorted space ships in Blake's 7, or the dinosaurs in the Doctor Who story Invasion of the Dinosaurs). It's possible they simply optically composited the old title sequence onto the spinning television screen. Except that still raises the problem of dealing with the changing perspective. It also raises the question of why there's a matte line around the TV screen, where it's overlaid onto the vortex, but no matte line between the edge of the screen and the old title sequence? My best guess is that they actually played the old title sequence onto the screen and filmed the screen and title sequence as a single object. (John- Meanwhile in the actual song, this is a rare example of a Level 42 song where the main singer is not superbassist Mark King but keyboardist Mike Lindup. Fact.) 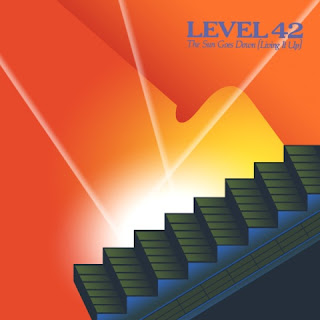 [12] Spandau Ballet: Gold. On film. Tony Hadley pursues a gold-painted nymph.
[17] The Creatures: Right Now. A terrific studio performance. Warwick Fielding is credited with Lighting, and he drenches the studio in a crimson glare for the line "you have set my soul on fire." Assorted Zoo dancers have been issued with Trilby hats, sunglasses, and grey suits for cutaway shots of finger-snapping cool. 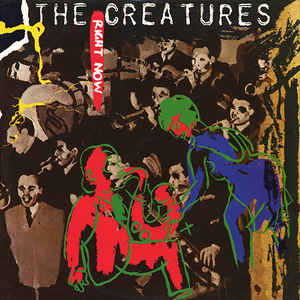 [21] The Lotus Eaters: The First Picture Of You. 1983 is the year of odd but evocative lyrics about flowers. We've had the Thompson Twins' "sentimental roses," David Bowie's "tremble like a flower," and now "seeing the flowers scream their joy." The Lotus Eaters are on the vile Money Programme stage. It's lit radioactive red by Warwick Fielding and what worked briefly for Right Now results in considerably more eye strain here. I wonder if the colour is being artificially enhanced? It would explain the odd Ready Brek glow around everyone's shoulders; unless that's just where the camera's can't cope with the difference between the fluorescent red lighting and the white shirts worn by the band. (John – Or maybe they just had Ready Brek in the BBC canteen?)
[10] Depeche Mode: Everything Counts. Dep-esh-ey Mode? Still? Tommy Vance is not reading the memos from the BBC Pronunciation Department.
[11] Robert Plant: Big Log. On film. Two weeks ago Robert Plant made his first ever trip to the Top of the Pops studio. Apparently that was enough for him. (John- No Big Log jokes Chris?)
[1] KC & The Sunshine Band: Give It Up. A clever mix of KC & The Sunshine Band's performance from the 27/07/83 edition and footage of Zoo capering around on the Money Programme stage. It's almost seamless, but one of the dancers behind KC is wearing a Double Dutch t-shirt and that's a real give-away to those of us wise to the footage recycling tricks of Top of the Pops. This week all the cool kids are wearing "Wembley Foot Tappers" t-shirts.
[15] Herbie Hancock: Rockit. The credits roll over the audience dancing. John Bishop gets a Produced By credit and Michael Hurll is Executive Producer.