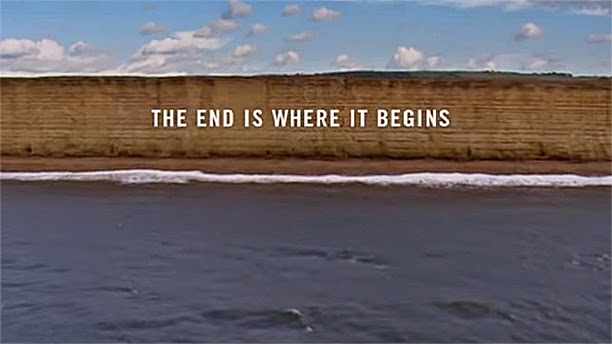 The episode opens about seven months after the murder and arrest. Joe Miller the accused is on trial for what is expected to be a straightforward guilty plea then a sentence. Yet when he stands in the dock of a super modern looking courtroom he says “not guilty” to the horror of the Latimer family and his own wife who you’ll recall was part of the investigative team and the consternation of his lawyer. It’s the first classic Broadchurch moment that means we’re in for the eight weeks!
There’s plenty to ponder as the episode develops, those things that, as with the first series, could be nothing or could be important. For example there’s Mark Latimer’s disappearances playing FIFA with Tom Miller, son of the accused. Is this some yearning for his own son, a friend of Danny’s or does it hint at something else? There’s the question of why Joe changes his plea. And there’s Claire, a new character who turns out to be the mother of the two girls whose disappearance Alex Hardy failed to secure a conviction for before he arrived in Broadchurch.
Other new comers include what looks like a formidable court team comprising prosecuter Jocelyn Knight (Charlotte Rampling) who lives in the town and is has initially turned down the case but is spurred into action by the choice of Sharon Bishop (Marianne Jean-Baptiste) as defender. The latter is a high powered London lawyer who wastes no time exhuming Danny’s grave and searching the Latimer house. Judging from the edgy conversation the two have in this episode we can look forward to some courtroom fireworks in coming episodes.
There are as ever strong performances all round; Olivia Coleman’s shock and bewilderment remains a masterclass but it is brilliantly tempered by a steel when Ellie is riled. Jodie Whitaker too delivers some emotional moments as she tries to take in what’s happening. Arthur Darvill’s Reverend Coates has a marvellous way of being friendly also seeming a bit creepy.  And though he says nothing and is seen only a few times, James D`Arcy’s Lee, the accused from the Sanbrook case looks like he’s going to kill everyone!
The pace is perfect, just enough developments to open up several new strands, nothing to do what we thought could happen and turn it into a soap. Instead it remains poised, coiled with one eye open ready to snap at and shock us at every turn. I know what I’m watching for the next seven Mondays at 9pm!